Who says wanderlust is a strictly human affliction? Plenty of our four-legged friends feel the pull of adventure, and it’s high time we honored the ones who inspire us to ditch our soft beds and bowls of kibble, and hit the road. 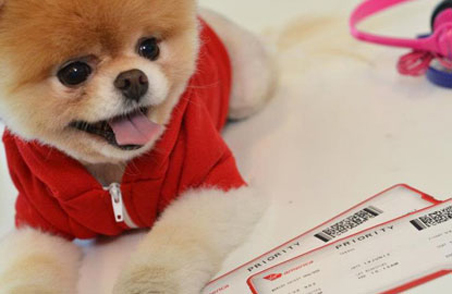 Listen, Boo’s traveling could consist of walking from one doggie bed to another in the same room and we’d still find him inspiring, because look at that face! But Boo is more than eye candy; he’s the official Pet Liaison for Virgin America, which is a serious job. So for all you do to promote fun in the skies, we salute you, Boo!

Oscar, the (Cutest Ever) Traveling Dog 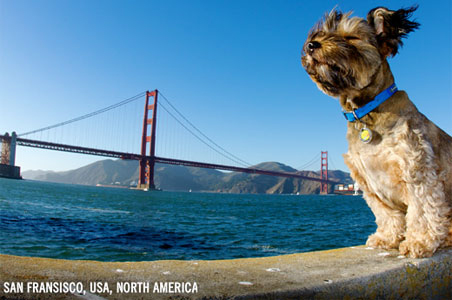 Oscar the mutt was not just a well-seasoned traveler. The pup, adopted from a kill shelter in 2009 by Joanne Lefson of South Africa, traversed the world with his human in an effort to bring attention to the plight of homeless animals, and in doing so, got hundreds of dogs adopted. Oscar left this world in early 2013, but we’re sure wherever he is, he’s off exploring and looking darn cute doing it. Like Oscar, Maddie the Coonhound is on a mission to help pups across this fair nation get rescued, and quick. Her human, Theron Humphrey, a photographer, teamed up with Purina ONE to make a documentary about animal adoption, and together he and Maddie, who may just be the most photogenic pup ever, are traveling to all 50 states in one year to help tell stories about our country’s pets. 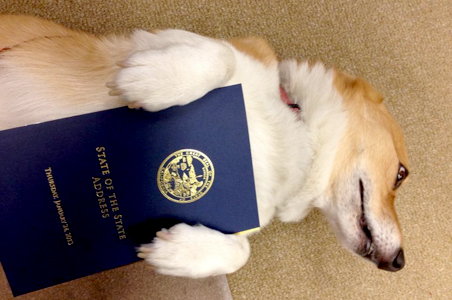 Sutter Brown is not that preppy guy you went to college with. Sutter is a seven-year-old Welsh corgi and the first dog of the state California. Brokering bitter negotiations by reaching across the aisle is all in a day’s work for this belly-rub-loving pooch, who traveled all the way from Ketchum, Idaho to the state capitol.