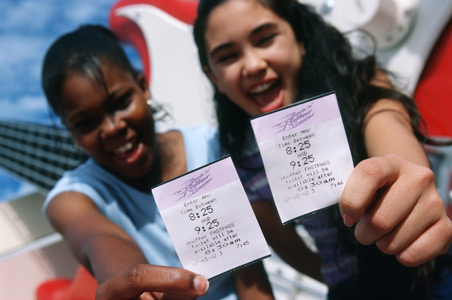 Disney has been busily rolling out an entire new parks system called MyMagic+, which is revamping the standard process for ticketing, FastPasses, and even hotel keys. Visitors who are in the know about the new system are sure to experience a much smoother vacation than those trying to catch up once they arrive in Orlando, so here’s a little MyMagic+ 101 to help you along your way.

MyMagic+ bundles nearly every aspect of your trip into a Magic Band, a bracelet containing an RFID chip that will now be your theme park ticket, room key, PhotoPass, FastPass, and dining reservations—it will also act as your resort charge card. Each guest gets a Magic Band, which can be individualized before leaving home. Disney‘s long-term goal is for Magic Bands to be reused by guests on subsequent trips.

How do I get MyMagic+?

The process starts before you even set out on your trip. Begin by downloading the free My Disney Experience app onto your smartphone and visit the Disney website to create your account. Once logged in, enter your hotel and ticket reservation information, an important step, since you won’t be able to use MyMagic+ without existing tickets. Choose the color of each person’s Magic Band, and have them sent to either your house or hotel.

How can MyMagic+ enhance my trip?

Now you’re ready to input the smaller details. For each day of your ticket, you’ll be able to utilize FastPass+, an advanced reservation system that allows you to bypass lines at popular Disney attractions. On top of your regular FastPass privileges, you can designate advance times to experience three attractions or experiences of your choosing, redeemable in one park per day. Best of all, FastPass+ is available for every Disney experience—for example, Small World, the meet-and-greet with Mickey, or the nighttime parade. So it makes sense to use this new advantage on the important stuff, such as Enchanted Tales with Belle in the Magic Kingdom, which has no standard FastPass, or Toy Story Mania! at Hollywood Studios, which often runs out of FastPass access.

You can also go ahead and make advance dining reservations. Your PhotoPass will additionally be connected to your Magic Band, so, for entrance, your bracelet will be scanned instead of a a card. The most potentially dangerous advancement is the charging privileges. Now, instead of swiping a room card, which feels more like using a debit card, you’ll instead just be placing your band against a RFID reader and punching in a pin number—which feels much less like spending money. (Be wary of giving privileges to teens!)

Overall, most Disney fans are looking forward to the MyMagic+ enhancement, as it will help streamline many of the services they already use. The more guests do in advance, the smoother their trip will be. So, while gone are the days of simply showing up and "winging it," look forward to the convenience a bit of advance planning will bring.