News Ronny Maye Should You Cancel Your Vacation to an Area Impacted by a Natural Disaster?
NewsMobile and Facebook Hotel Bookings on the Rise 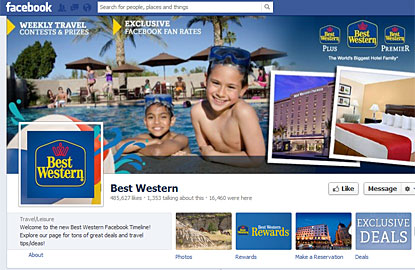 Surfing an iPad or smartphone is the perfect way to kill time in a hotel lobby. You can locate the pool or fitness room using mapping apps, check out the room service menu, reserve a table at a nearby restaurant—and, increasingly, book a room.

Given how much we rely on mobile devices when we’re on the road, hotels are making it easier than ever to book rooms using mobile devices and social media. Nearly a quarter of all hotels now offer mobile apps, according to a survey of 52,000 hotels released this month by the American Hotel & Lodging Association.

While hotel apps have been around a while, hoteliers are finding we’re far more likely to complete a booking on a tablet than a smartphone. This is certainly true at Four Seasons, where 80 percent of tablet traffic comes from iPads. "Luxury consumers have always been early adopters, even of e-commerce itself," Robert Simon, director of interactive marketing at Four Seasons Hotels and Resorts, told an industry publication this month.

This growing evidence that we’re using tablets for room reservations (as well as navigating once we arrive) is inspiring hotels to make their websites touch-screen friendly—and not just luxury hotels, either. Reservations made using mobile apps now accounts for 7 percent of Choice Hotels’ booking revenue.

In February, Best Western became the first international hotel chain to introduce booking from a Facebook page. With 4,100 hotels worldwide and more than 485,000 likes on Facebook, Best Western is tapping into a huge following by offering this option.

Partly because it’s easier to access Facebook on a mobile device than to negotiate an individual web site, more hotels are starting to use Facebook this way. Some offer a discount for booking through Facebook, including the Roosevelt Hotel in New York City. That midtown Manhattan landmark has been around since 1924, playing a prominent role in Mad Men episodes, but that hasn’t kept it from moving with the times. Not only can you book a room through the Roosevelt’s Facebook page, you get a 10 percent discount by doing it, using the code FACEB2.

There are still deals to be found on Facebook, however. Hotels.com recently released a well-rated app that allows you to find hotel deals in destinations your Facebook friends have recommended—those who use the app, anyway.

Fodors.com contributor Cathleen McCarthy is the rewards expert for CreditCards.com and covers entertainment and travel deals on her own network, Save on Cities. Her stories have appeared in The Washington Post, WSJ, Amtrak ARRIVE, Town & Country, and inflight magazines