Mexico City is touted as having the single most impactful showcase of Latin American contemporary art, and history museums are chock-full of the country’s best antiques and artifacts. The art scene here is vibrant, solid, and ever-flourishing. In the past few years alone, notable museums have cropped up throughout the sprawling metropolis, adding on to cultural heavyweights like the Museo de Arte Moderno—we especially love the Museo Jumex, which opened last month as a new must for visiting culture vultures.

With some 175 museums to now choose from—amongst the largest urban concentration in the world—Mexico City effortlessly dazzles with both popular institutions and off-the-beaten-path, privately-owned collections. While there are plenty of iconic museums to explore like the National Museum of Anthropology and Frida Khalo Museum, Fodor’s has rounded up five of the newer, cool museums that are sure to be must-sees on your next Mexico City itinerary. 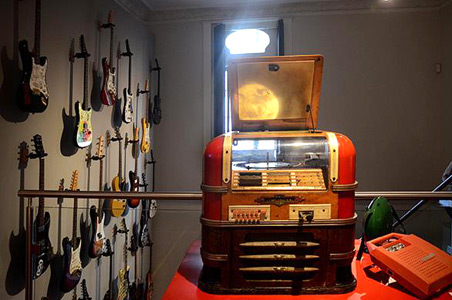 A museum that’s often crowded with local hipsters, The Museum of the Purpose of the Object in the trendy Roma neighborhood celebrates objects in curated, themed exhibitions. Opened October 2010, it’s the first museum in Mexico dedicated to design and communications. The current exhibit, El Rock En Mexico, runs through January 31 and showcases rock and roll objects from 1955 to 2010, including music-specific memorabilia, like vintage magazines, signed guitars, and Nike shoes made for rockers like Bret Michaels (the exhibit is sponsored by Nike).

Already considered the MoMA of Mexico City, the 4,000-square-foot, five-story Jumex Museum has generated massive hype around the globe. It’s the largest contemporary art space in Latin America, featuring a permanent collection of 2,600 pieces by international and Latin American artists, in addition to rotating exhibitions. The contemporary art space houses the vast collection of Eugenio Lopez, the heir to the Jumex fruit juice and foods conglomerate, along with works by prominent international modern artists like Jeff Koons and Andreas Gursky.

Just a stone’s throw from Jumex in the upscale Polanco neighborhood, Museo Soumaya debuted a $70 million revamp and new location in 2011. While affluent locals have been known to find the museum underwhelming—save the commanding, glittery sculpture-like exterior—visitors are enthralled by the European works from the 15th to 20th century, with more than 66,000 pieces of art. Some famous paintings on display include works by Salvador Dalí, Pablo Picasso, and Diego Rivera. The museum is owned by billionaire Carlos Slim, a local business magnate who was once ranked as the richest person in the world. 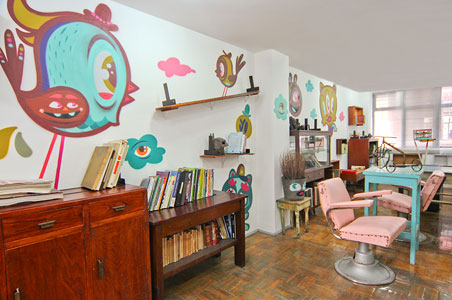 Great for children and adults alike, the Museo del Juguete Antiguo Mexico—opened April 2008—is home to a private collection of 45,000 toys (and counting!) from all over the world, dating as far back as the early 1900s. The owner, who grew up in the building next door, has been collecting toys since he was a child. Now, he flaunts his possessions of nostalgic toys on four levels, from vintage Barbie dolls to He-Man action figures. The museum also celebrates street art from local urban artists, who are commissioned by the government to paint public buildings like neighborhood hospitals. Check out the library on the top floor, where the walls come to life with colorful murals.

Opened last year, this family-friendly museum is all about what may just be the greatest creation ever: chocolate. Mucho Mundo Chocolate Museum offers a comprehensive history of chocolate through photos and interactive exhibits. It’s also home to antiques, art, and, best of all, a café where visitors can sample house-made chocolates and take a peek into the kitchen to observe the process. Additionally, Mucho Mundo has a cool gift shop selling handicrafts and chocolate goodies, and special events and tours are offered for little ones with sweet tooths.