Last December, we received hundreds of quality entries to our “Show Us Your Israel” photo contest. Our latest guide to Israel, published this week, is in full-color and features several photos from that contest’s winners and entrants. Below are just a few of the included photos; each photographer will be offered a complimentary copy of the guide (as will other members quoted as a part of the guide’s Word of Mouth feature).

Congratulations to everyone whose photos appear within its pages; thank you for really bringing the experience of traveling to Israel to life. We hope that travelers who end up using the guide find the photos as inspiring as we did.

Below are a few top experiences recommended by our Israel editors paired with photos from the guide, all taken by Fodor’s members.

The traditional Israeli breakfast is served at most hotels. Vast buffets typically including bowls of salads, platters of cheeses, piles of fresh fruit, breads and baked goods, smoked fish, made-to-order eggs, cereals, juices, and pancakes (locals pour on chocolate sauce). Country lodgings such as B & B’s offer homemade versions and city coffee houses specialize in the Israeli breakfast, accompanied by croissants and cappuccino with the daily paper, often served ’til 1 p.m. 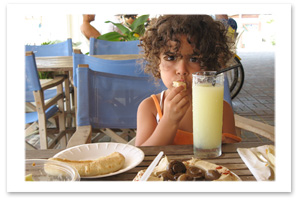 Photo by Fodor’s Member, rooneyroo
“Here is my daughter eating pita and hummus with a tall glass of cold lemonade at the beach in Tel Aviv. Quintessential Israel.”

Shopping in the Souk

A walk through one of Israel’s souks (markets) may occasionally feel like a contact sport, but this is hands-down the best way to experience real commerce that combines authentic Middle Eastern-style salesmanship with top-quality products. Fragrant spices, dried fruits, nuts, produce, cheeses, and meats are sold from the bastot (stalls) crowded one up against the other, and it’s truly a feast for every sense. 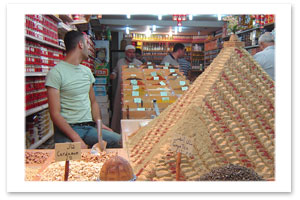 Photo by Fodor’s Member, RJun
“As I walked through the narrow streets lined with small shops in the Old Walled City of Jerusalem, I came across this spice shop where everything was fragrant, colorful and bright. The shop keeper told me that he fixed the giant pyramid of spices every day before opening the store.”

Floating in the Dead Sea

Named for the fact that no living thing can survive in its salty brew, the Dead Sea has become a mecca for those who believe its mineral-rich compounds can cure virtually any ailment. The sodium content of the water makes humans extra buoyant, and you’ll find the young and old, healthy and infirm, floating serenely on what appear to be invisible rafts, often reading newspapers. 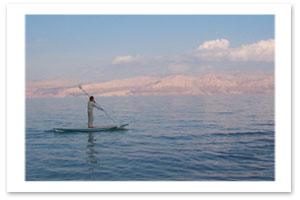 Photo by Fodor’s Member, markdewd
“This was taken on my trip to Israel, and the Dead Sea. There was only a few of us on this stretch of beach, and captured this lone Paddler, with Jordan visible in the distance.”

By turns an ancient Roman porty city, a Byzantine capital, and a Crusader stronghold, Caesarea is one of the country’s major archaelogical sites. There’s no need to think of this as “dusty piles of stones”. It is a delightful place to spend up to a day of leisurely sightseeing among the fascinating ruins. 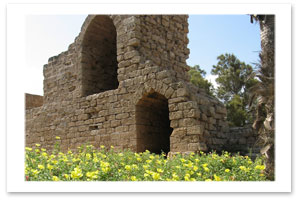 Photo by Fodor’s Member, mgplessner
“Early morning at Caesarea we stumbled upon this beautiful field of flowers in front of King Herod’s ruins.”

Hiking in the Negev Desert

Explore the splendid scenery, deep wadis, rugged heights, and steep cliff faces of the Negev. The mountains of Eilat and the desert craters offer spectacular hikes 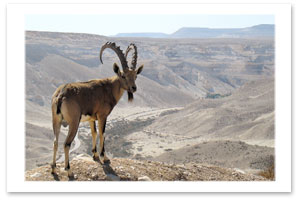 Photo by Fodor’s Member, Keith_Marks
“Sde Boker is a kibbutz in the Negev Desert. Most famously known for being the final resting place of David Ben-Gurion, Israel’s first prime minister. Hiking trails leading into the desert begin here, and, sometimes, nature blesses you with a chance encounter.”

Adherents of the Baha’i faith, which believes in the unity of humankind, built this showpiece in Haifa, combining a show-stopping acre of manicured grounds with an ornate, gold-domed shrine sure to impress visitors and true believers alike. 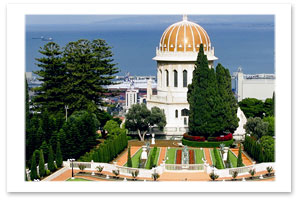 Photo by Fodor’s Member, GeneZ
“Shrine of the Bab is just one of many holy sites in this nation of history and religion. Perched on the slopes of the Mt.Carmel the Baha’i gardens pays homage to its founder.”

Church of the Holy Sepulcher

Five of the fourteen Stations of the Cross—including the site of Jesus’ crucifixion and burial—are found within this Crusader-era church in Jerusalem’s Old City. Four denominations of Christianity are represented here, each with distinct chapels and religious rites. 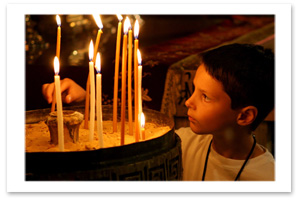 Photo by Fodor’s Member, Nicole Pappas
“My family was visiting Israel with a group of other families and as our tour guide was explaining the amazing history this church had, this little boy separated himself and silently went and lit a candle, symbolizing a prayer, all by himself.”