Beaches Kaila Yu Do You Enjoy Visiting Hawaii? You Should Pay a Fee
Home  >  News   >   Mead in America: The Modern Drinker’s Guide to Old-Fashioned Imbibing

Mead in America: The Modern Drinker’s Guide to Old-Fashioned Imbibing 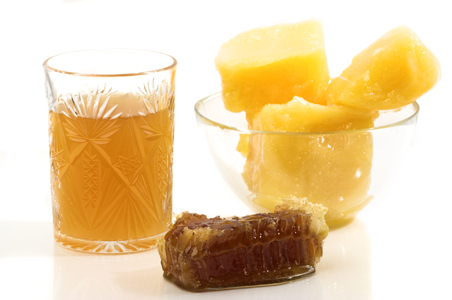 What’s old is new again, as brewers across the country rediscover mead. An ancient alcoholic beverage made from fermented honey, mead fortified the Vikings, was served in Mayan rituals, and sweetened the lives of southern African Bushmen. Tolkien wrote about it, and Chaucer sang its praises. Now, mead has a new fan base—and it’s at the forefront of the American culinary frontier. Trendy tipplers raise glasses of the historic, heady beverage at small-batch tasting rooms, independent retailers, and craft distilleries nationwide. From the award-winning Maine Mead Works in Portland, Maine, to a honeyed hub in Boulder, Colorado, here’s how to toast the season, Beowulf-style.

Small-batch NYC-based Manhattan Meadery, helmed by local brothers Nathanial and Thatcher Martin, has been kicking things old school since 2009. Dedicated to local products and purveyors, their Brooklyn Buzz is made with honey from Tremblay Apiaries, a sustainable beekeeper from New York‘s Finger Lakes. It has a light, crisp taste similar to dry white wine, and pairs perfectly with straightforward dishes like roasted chicken and pasta.

One of the country’s largest mead makers, Redstone Meadery has been creating carbonated mead, seasonal brews, and fruit infusions since 2001. Available in both kegs and bottles, Redstone’s craft meads have won rave reviews from Wine Enthusiast and include Black Raspberry Nectar, which pairs well with everything from roast duck to desserts, or the session beer-like Sunshine Nectar. Stop in for a sip at their Boulder mead hall, or order from Redstone’s sizeable online retailer.

Founded in 1995, Dogfish Head Brewery is one of the largest microbreweries in the country. Alongside an extensive list of well-reviewed craft beers, which are sold in 28 states, Dogfish Head produces 45,000 cases per year of Midas Touch, the most popular honey-based alcoholic beverage in the United States. Made from barley, honey, white muscat grapes, and a pinch of saffron, Midas Touch is something of a beer-mead-wine hybrid. It has the fruity, effervescent quality of Sauternes Champagne, but, at just $12.99 a bottle, is a great match for a baked fish dinner or hearty curry. 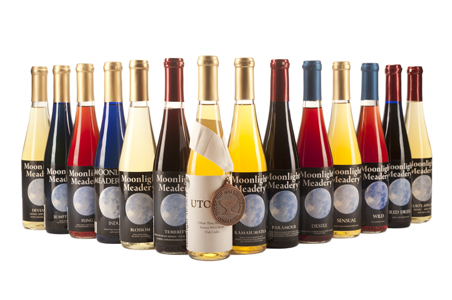 Former software engineer Michael Fairbrother has won countless awards for his bevy of brews since the 2010 launch of Desire, Moonlight Meadery‘s debut bottle flavored with blueberries, black currants, and Vietnamese cinnamon. Now one of America’s fastest growing meaderies, this New Hampshire-based outfit produces 70 different meads distributed in 23 states. The distillery offers daily tours and tastings, where thirsty travelers can sample diverse brews like Red Dress, which is made with strawberries and rhubarb, and coffee-spiked Kamasumatra.

At their expansive production facility in the new culinary capital of Portland, Maine Mead Works uses local honeys, a patented continuous fermentation process, and clear, fresh water to bottle up to 10 different types of HoneyMaker Mead. Flavors like apple cyser, cranberry, elderberry, and dry hops rely on the best products from local Maine bounty. The gluten-free brews are aged up to a year in old bourbon barrels, and tap out at about 12.5-percent alcohol by volume. Despite naturally sweet ingredients, HoneyMaker Meads have less than two percent residual sugar, giving them a dry taste with a fruity, floral nose.