Beaches Kaila Yu Do You Enjoy Visiting Hawaii? You Should Pay a Fee
Home  >  News   >   Top 10 Places to Visit in Luxembourg—Plus Sweepstakes

Author Chris Pavone’s just-released espionage thriller, The Expats, is about an American abroad who finds herself in complex web of intrigue. The novel is set in Luxembourg, an international banking center that is also one of the smallest countries in Western Europe. Here, Pavone shares his must-visit neighborhoods, sights, and villages. Also, enter to win a copy of the new book.

Most people who visit Luxembourg do it for a day or two; it’s not a very big country. But I did it for a year and a half! We moved to the world’s one and only grand duchy (which is what a country is called that’s ruled by a grand duke) for my wife’s job, and I made a vocation of seeing absolutely everything. These are my favorite places in the country. 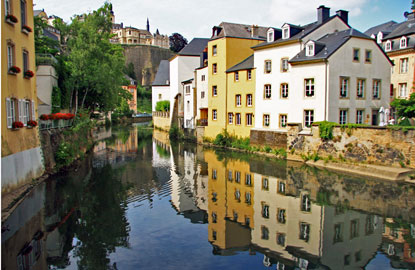 An impossibly picturesque little neighborhood, the Grund is deep down in the gorge, and some of the stone houses are built directly into the rock faces. Highlights include a fifteenth-century bridge, ancient stone fortifications, terraced gardens and vineyards, a satisfying assortment of pubs and restaurants, a miniature golf course and a miniature train (for miniature passengers), and acres upon acres of parkland. 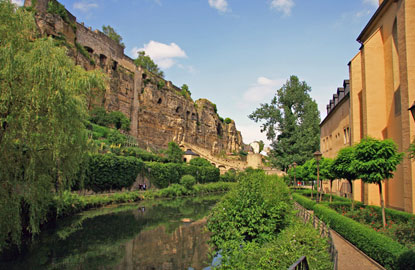 2. The Bock and Casemates

The massive rock outcropping called Le Bock that forms the east side of the haute ville is a UNESCO World Heritage site. First fortified during the Roman Empire, it is excavated with a vast network of tour-able tunnels (casemates) in which the populace could hide during wars and sieges. 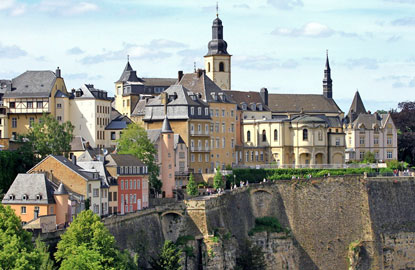 This pedestrian walkway was built on the ramparts along the east side of the fortress-city. La Corniche is nicknamed "Europe’s most beautiful balcony." 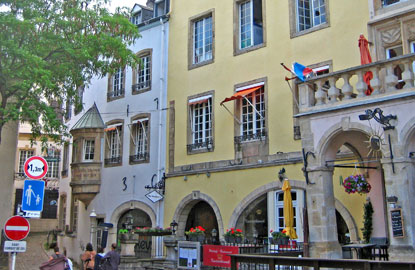 The beautiful old building called am Turchen ("the Turret") now houses Ilôt Gastronomique (rue de l’Eau), a vertical mall housing half a dozen restaurants, ranging from good to great. The national motto, on the wall facing rue de la Loge, translates as: "We want to remain what we are." 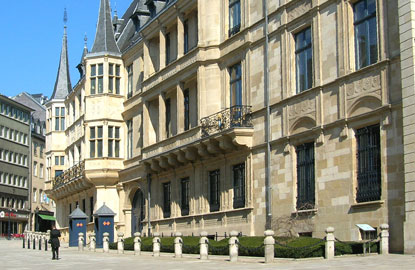 The monarch spends most of his nights in his country castle, but The Grand Duke’s Palace is his official home, smack-dab in the middle of town and open for tours in summertime. A church on this site (rue Sigefroi) was consecrated in 987. That building was destroyed by bombardment (Luxembourg was often bombarded) in 1684, then beautifully rebuilt in the Gothic style. 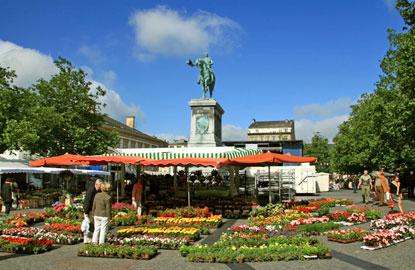 On Wednesdays and Sundays at Place Guillaume II, the large plaza in the middle of town, vendors offer mostly local produce and a charming slice of everyday Luxembourg life. 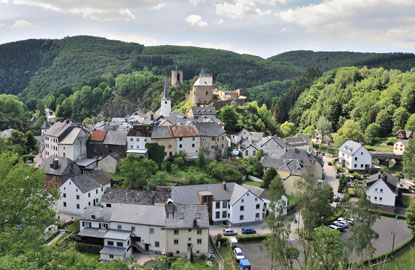 This breathtakingly beautiful hamlet of Esch-sur-Sûre (31 miles northeast of the city) is perched on a steep hill overlooking a sharp river bend. Dominated by a fifteenth-century watchtower and capped by castle ruins, the town sits in the heart of the hilly north-country called the Oesling, a region dotted with pastures, farms, and thick forests crisscrossed by deep cuts of meandering rivers. 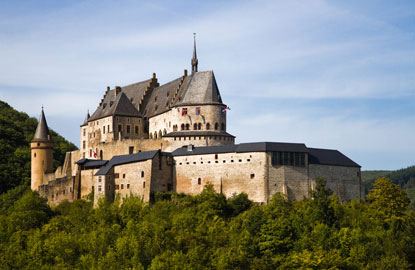 A tour through Vianden Castle’s rooms, terraces, and grounds offers not only a glimpse into a millennium’s worth of history (with a particularly strong collection of weapons), but also striking views of the town and countryside. 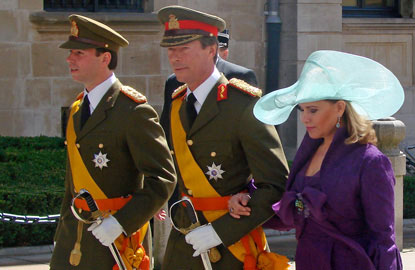 The monarch’s birthday on June 23 is the single biggest celebration of the year, and the best day to be in Luxembourg. It’s also two days after the longest daylight of the year, so the fireworks that begin with nightfall are, essentially, a midnight interruption to a very long, very jubilant party.

Chris Pavone was a New York City book editor for fifteen years, then moved to Luxembourg, where he started researching and writing The Expats, an espionage thriller set in the world’s only grand duchy. He now lives again in Greenwich Village and on Long Island, with wife and children. The Expats is his first novel.

Enter to Win a Copy of The Expats