News Apeksha Bhateja What Are the Chances You'll Get Monkeypox at a Hotel?
NewsLuxe Shangri-La Bosphorus Opens in Istanbul 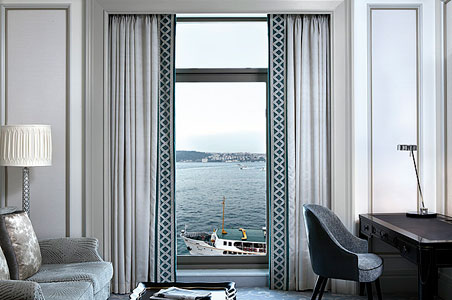 The Shangri-La Bosphorus, Istanbul has at last opened, bringing layers of luxury to this already opulent city.

Tucked into the Besiktas district of Turkey’s largest city (topping off at close to 14 million people), and near Dolmabahce Palace, the 186-room hotel (including 17 suites) has been eagerly anticipated, since plans to build it were first announced a few years ago. 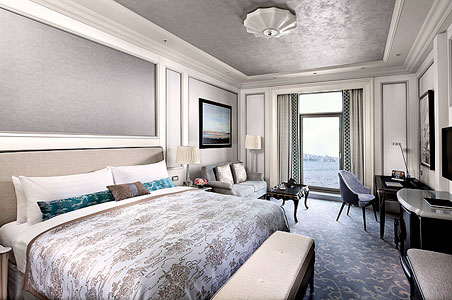 Each room features views of either Istanbul’s dramatic skyline or the Bosphorus Strait, which is the boundary between Europe and Asia—yet still within Istanbul. Free in-room WiFi allows you to stay connected and a marble-clad bathroom offers a separate shower and bathtub plus Bvlgari toiletries. Suites offer a separate living-room space to further unwind after a day of poring over spices and rugs at the Grand Bazaar, or traipsing through the city’s many palaces and the Blue Mosque. 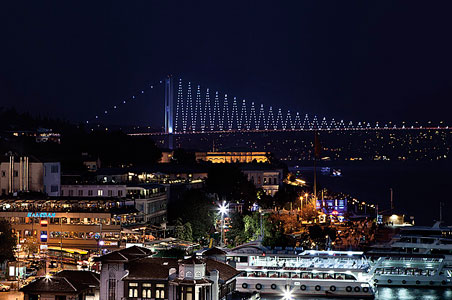 Shangri-La Bosphorus, Istanbul’s restaurant—Shang Palace—specializes in Cantonese cuisine and is poised to be the city’s go-to place for shi-shi Asian fare. IST TOO ensures you can have sushi (as well as favorite Mediterranean dishes) all day long. Afternoon tea service is available in the lobby lounge where, come nightfall, the space transforms into a tapas bar with live entertainment. CHI, The Spa, carries on the tradition of Turkish baths with a hammam and bathing treatments. A heated indoor swimming pool and fitness center can also be used by guests at CHI, The Spa, which is a spa concept featured at other Shangri-La properties around the world, from Vancouver to Bangkok.