Coronavirus Leila Najafi Want to Stay in Costa Rica for Over a Year? A New Law Might Help You
Home  >  News   >   Luxe Leaf-Peeping in Wisconsin

Hues of fuchsia, gold, and amber hover just outside the picture windows at three plush micro inns in Wisconsin, where—because they are homes and not hotels—you are the only occupant. Pack a good book, your hiking shoes, and a cookbook, for a few nights of relaxation during the state’s most gorgeous season. 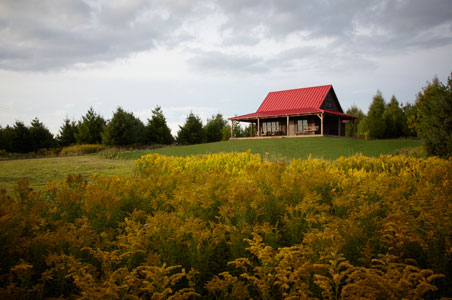 Featuring a wrap-around porch, Sandhill is a 2,000-square-foot, three-level home on 350 acres that debuted as part of the American Club in February. Located in nearby Mosel, the reclaimed-timber home (the wood was sourced from six different barns) with a bright-red metal roof is surrounded by foliage that includes white pine and white spruce, along with Tamarack trees that develop golden-yellow leaves. Lots of windows allow you to bundle up inside while oggling the annual leaf changing.

Romping around the property, you’ll likely run into deer, geese, and turkeys, as well as Sandhill cranes. But despite the rustic sound of it, you won’t be without luxuries—the house features a sauna, chef-grade kitchen, clawfoot tubs, and a fireplace.

Rates start from $785 per night, based on a three-night minimum with up to four guests (an additional $100 charge applies to a party of five or six guests). 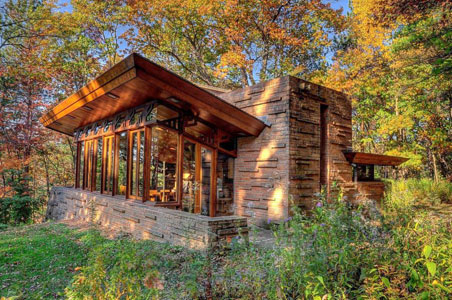 Wisconsin’s most famous architect, Frank Lloyd Wright, has several well-known projects around the state, with Taliesin in Spring Green the most famous. Few know about the one-bedroom Seth Peterson Cottage on an acre in Mirror Lake State Park, which Wright designed for Seth Peterson in 1958 and features trademarks of his designs, like built-in cushioned benches, low ceilings, and sun-filled rooms. From a terrace you have views of Mirror Lake and there is a patio to sip morning coffee. It’s one of the few Wright homes available for overnight rentals (and it has been since 1992). What makes this house bittersweet is that Wright died just before its completion in 1959. Rates start from $250 per night for a two-night minimum stay 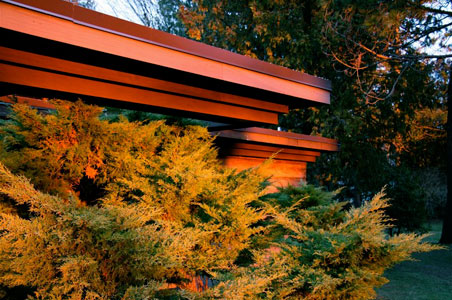 About halfway up the Lake Michigan coastline is the tranquil harbor town of Two Rivers (90 minutes north of Milwaukee). Still Bend is another Frank Lloyd Wright-designed beauty, a four-bedroom, two-and-a-half-bath Usonian-style home that Mr. and Mrs. Bernard Schwartz commissioned from him in the late 1930s as a Life Magazine "Dream House." The home’s name relates to its spot along on the East Twin River. With a design that’s completely integrated into the landscape, like a view through the trellis and pools of sunlight glinting off the woodwork, there are other hallmarks of Wright’s design like built-in cushioned benches, functional built-in shelves, and brick accent walls. Now all you have to do is hunker down indoors by the fireplace and gaze at the fall foliage; the kitchen is even stocked with spices to help you prepare the perfect autumn dish. Rates between $295 and $425 per night with a minimum two-night stay

Kristine Hansen is a freelance writer based in the Heartland (Milwaukee, Wisconsin) where she reports on food, wine and travel topics around the globe for Fodors.com, along with new-hotel openings. She also writes for Wine Enthusiast, TIME, Whole Living and American Way (American Airlines’ inflight magazine). In 2006 she co-authored The Complete Idiot’s Guide to Coffee and Tea (Alpha Books/Penguin). You can follow her on Twitter @kristineahansen or through her website.