Beaches Kaila Yu Do You Enjoy Visiting Hawaii? You Should Pay a Fee
Home  >  News   >   Jetting Across Europe: A Long Weekend in Stockholm

Jetting Across Europe: A Long Weekend in Stockholm 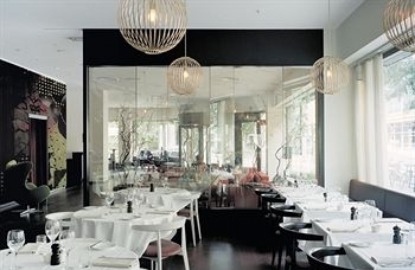 Since the film The Girl with the Dragon Tattoo, set in Sweden’s capital, is up for a few Golden Globes this Sunday night, we thought it would be fun to call on our Stockholm correspondent for a roundup of the city’s highlights. Hop aboard a flight on EasyJet or Ryanair for a mere $30 from London, or about $60 from Paris, and within a couple of hours you can tour the bohemian hood featured in the film, browse through modern, funky vintage shops, and sample cutting-edge Nordic cuisine.

Stay at an Eco-Friendly Hotel

Stockholm seamlessly merges eco-friendly living and trendy design—without skimping on style, taste, and comfort. From using low-energy lighting and water-saving plumbing to serving delicious organic cuisine, our favorite properties are all about green-friendly practices. One of the most unique lodgings in the city is the Långholmen Hotel, which was a 19th-century jail. Its minimalist décor is modern but cozy, with details such as blond wood headboards, leather side chairs, and white-tiled bathrooms. Bed down at Scandic Anglais, a boutique-style hotel with a hopping lobby scene that includes a cool bar and colorful café. Stockholm’s largest hotel, Clarion Hotel Sign, is a chain that has a ton of pizzazz, with its striking, mid-century modern accents and sophisticated, muted tones chosen for walls and textiles.

For a great daytime activity, sign up for the Stockholm City Museum’s Millennium Tour, which covers the bohemian neighborhood of Södermalm, where you can follow in the footsteps of The Girl with the Dragon Tattoo (Lisbeth Salander), and journalist Mikael Blomkvist; lead characters in Stieg Larsson’s trilogy series. Another way to see the sights is to cruise the city’s waterways. Ferries such as Strömma Kanalbolaget and Waxholmsbolaget regularly shuttle travelers around some of Stockholm’s 28,000 archipelago islands.

If it’s an active afternoon you’re after, bike along paths in Stockholm’s Djurgården, a huge, island playground for travelers and locals alike.

It’s well worth the trek to Djurgården for a snack at Rosendals Trädgård Kafé and Bageri, which serves everything from fresh-baked pastries and breads to substantial meat and seafood dishes. The café is inside a greenhouse, surrounded by flower gardens and orchards, which creates a charming ambiance.

For traditional Swedish fare, head over to the classic favorite Pelikan. With its wooden, old-school décor and murals, you’ll think you’ve stepped back into the forties. Try the roast of elk with pickled chanterelles and potato au gratin, or the housemade meatballs with cream sauce, gherkins, and lingonberries.

Located in small basement once used by fishmongers, Beyond Retro is the premier spot for vintage shopping in Stockholm. Its six location throughout the city have more than 35,000 pieces, dated from the 1900s to the early grunge-rock inspired 1990s. Pick through Victorian-era attire, beaded flapper dresses from the 1920s, elegant gowns from the 1930s, and more.

Sivletto takes you back to the 1950s, with retro clothes and accessories, plus a selection of home décor that spans styles from rockabilly to tiki. The shop is located at the bottom of a spiral staircase in a cellar, where, among the goods, there’s a café, a pinball machine, and a hair salon for getting your mane whipped into a classic beehive.

Planning a trip to Stockholm?

For up-to-the-minute recommendations for hotels, restaurants, sights, and more, check out our online Stockholm Travel Guide.