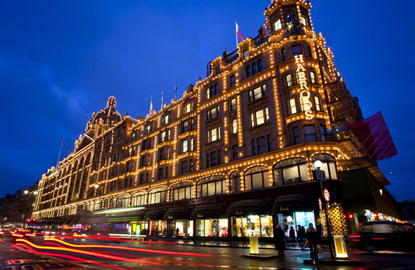 Harrods, London’s famously enromous and opulent shopping mecca, is expanding into the hotel industry. Qatar Holding Company, which bought Harrod’s in 2010, said today that they plan to build properties under the brand’s iconic name in New York, Paris, London, Kuala Lumpur, and Sardinia.

It looks as though Kuala Lumpur will be its first destination, as they announced that they’ve signed a deal with Malaysian developer Jerantas to begin the process of finding a location in the city. Vice Chairman Hussain Ali Al-Abdulla told reporters,"We are looking to invest more in Malaysia because we think the economy is growing," continuing to suggest that London and Sardinia would follow.

The Harrods name has been used before, on brands like Air Harrods (a private helicopter service), Harrods Aviation, Harrods Estates real estate, and Harrods Bank.

So what do you think? Will the brand translate as hotels, too? Would you book a room at a Harrods hotel?