London is home to some of the world’s most sophisticated cocktail bars—rich in history, with a patina of vintage glamour. Indeed, the city’s cocktail scene has a long and storied pedigree. In the 1930s, after Prohibition, some of the best American bartenders fled to London. The American Bar at the Savoy Hotel became the epitome of cocktail culture, perfecting daiquiris, daisies, and fizzes, all garnished to perfection. Bartenders like Harry Craddock and Joe Gilmore shook and stirred for many of London’s elite, such as Noel Coward, Ian Fleming, Queen Elizabeth II, Agatha Christie, and Julie Andrews.

Today’s London bartenders carry on the city’s grand tradition, taking cocktails to new heights by raiding local gardens for fruits, flowers, and herbs to juice, muddle, and infuse, as well as experimenting with barrel-aged liquors and bespoke bitters. On your next visit, order an impeccably mixed drink with a twist of nostalgia at these five bars that provide the same white-glove service and dry martinis that Sir Winston Churchill enjoyed in his day. 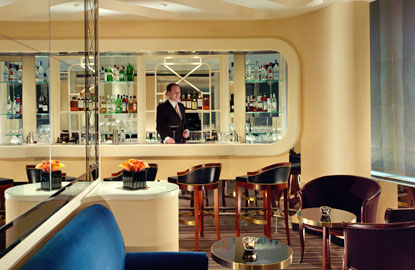 The American Bar at the Savoy

The iconic American Bar at the Savoy Hotel prides itself on impeccably made classic cocktails, such as Sazeracs and Singapore Slings, but also house specialties, such as the Blood and Sand (inspired by Rudolph Valentino), the Bloody Mary (attributed to Orson Wells), and the Blenheim (created in honor of Sir Winston Churchill’s 90th birthday). The recently renovated bar is Deco and debonair in style, with photos of famous guests lining the cream and ocher walls. A pianist plays American-style jazz at the gleaming baby grand daily. 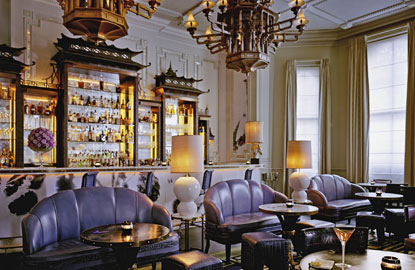 Artesian at the Langham Hotel

In the 1930s, the lavish Victorian Langham Hotel was owned by King Edward VII, where he trysted with Wallis Simpson, who had her own suite (still available to book today). Artesian, the hotel’s bar, was recently redesigned bar in lavender, gray, and gilt, and is just as romantic and glamorous as the hotel, with a hint of exotic allure. The award-winning cocktails focus on aged rums and Champagne in swizzles, cobblers, and punches, while the light dining menu features Asian-influenced dishes. 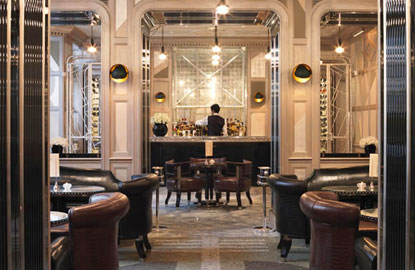 The pedigreed Connaught Hotel in sophisticated Mayfair is home to the eponymously named bar. Charming service includes an amuse-bouche cocktail, tableside shaking and stirring, and the choice of a selection of bitters served apothecary style, as well as a complimentary recipe card. The mirrors-and-velvet atmosphere is surprisingly cozy. Cocktails are listed as "revisited," "seasonal," and "fusion"—all with roots in classic Crusta, Sour, and Collins drinks. There’s a hot and cold tapas menu as well. 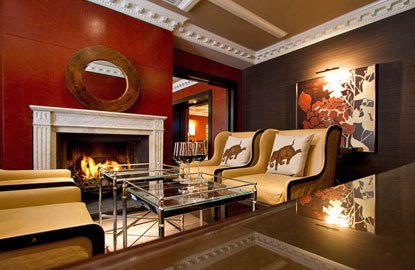 The Caxton Bar at the conveniently located St. Ermin’s Hotel (around the corner from Westminster Abbey) was once a prime recruitment spot for MI-5, MI-6, and Winston Churchill’s hand-picked SOE spies during World War II. Feel free to order a martini, "shaken, not stirred" or, better yet, James Bond’s Vesper. Flights of wines and whiskeys are accompanied by a light menu in a warm and recently redone room with a tranquil view of a leafy courtyard. 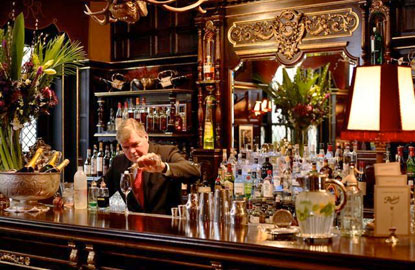 The Cocktail Bar Upstairs at Rules

The venerable restaurant Rules has always served cocktails, of course, but it now has a dedicated dark wood-paneled cocktail bar, tucked above the restaurant, which also serves appetizers such a rock oysters, quail eggs, and potted shrimp. Old-school Bostonian bartender Brian Silva’s drinks list features only ten classic cocktails, which change regularly, "made the way they used to be made." Don’t expect infusions, fruit muddles, floral garnishes, or even music. Do expect perfection.

For up-to-the-minute hotel and restaurant recommendations, plus the best planning advice, check out our online London Travel Guide.

Susan Elia MacNeal is the author of the Maggie Hope mystery series, including her debut novel, Mr. Churchill’s Secretary, Princess Elizabeth’s Spy, and the upcoming Hitler’s Nightingale. She lives in Brooklyn, New York, with her husband and child.