We begged, pleaded, and bribed a handful of locals in five of the country’s major metropolises (Washington DC, San Francisco, Los Angeles, New York City, and Chicago) to give us the inside track on how to experience their cities in a whole new way. And believe us, none of these recommendations can be found on the well-worn tourist track. (Also, we didn’t really bribe anyone.) 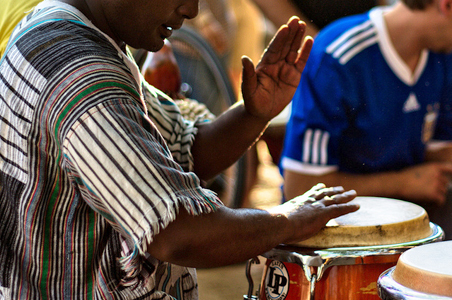 You’ve heard all about the amazing shopping in Georgetown, but to explore this neighborhood in a different way, travel photographer Catherine Karnow recommends walking along the canal. "The canal has a very old world feeling, and wherever I am along it, from Georgetown to way out in Potomac, especially on a humid hot summer day, I can easily imagine how it was when there were mule-drawn boats, and locks that constantly opened and closed with a steady stream of boats," she says.

Yes, there are world-renowned art exhibits at free museums along The Mall, but to experience local art culture, drop by Transformer Gallery. Located on P Street NW, this tiny gem has been a pioneer in DC’s emerging local arts scene since it opened in 2002. In addition to works by local artists, you’ll see mixed media and video installations, lecture series, and performances from creative spirits from around the world.

This green oasis (also known as Malcolm X Park) is a historic landmark, however, a wall obscures it from 15th and 16th streets, so many Washingtonians don’t even know it exists. I lived in the District for six years and never heard of the place—until now! Local Karen Golembeski recommends packing a picnic lunch and heading to the park on Sunday afternoons to take in the drum circle, jugglers, and hula-hoopers. 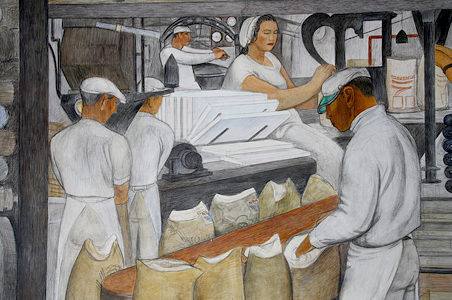 San Francisco is filled with famous restaurants, but the city has lesser-known culinary treasures, too—and one indulgent pleasure is this hot chocolate at the Farmers Market at the Ferry Building. "It’s the best hot chocolate I have ever had," says Karnow. "It’s rich and dark, and totally addictive."

This 210-foot tower rises up over San Francisco’s Telegraph Hill neighborhood—and at the base of it you’ll discover some of the finest examples of New Deal-era murals, says Karnow. "I never tire of seeing them," she adds. "They are bathed in a beautiful light that comes in the thick glass windows at the bottom of the tower." 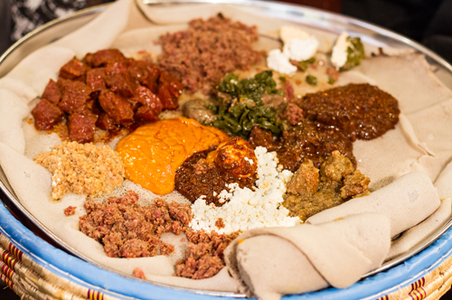 In his own quest for off-the-radar finds in LA, blogger Wil Wheaton discovered that there was once an exclusive 70-room resort hotel in the hills above this unincorporated area north of Pasadena, surrounded by a casino, zoo, and observatory—all "part of a massive complex of buildings connected by railways that sprawled out across the San Gabriel Mountains from Rubio Canyon to Mount Lowe from 1893 to around 1938," he writes. "Fires and windstorms repeatedly damaged and even destroyed the various buildings" and investors gave up on trying to make the place work. Hike up this mountain trail (it’s relatively easy!) to check out the ruins. 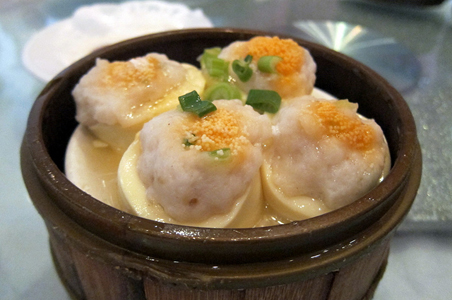 The Big Apple has a bustling, thriving Chinatown, but for a more authentic Dim Sum head to Jade Asian Restaurant in Flushing, Queens (accessible by the 7 train from Grand Central Station), a local favorite. It’s inexpensive, the dumplings are especially tasty and the people-watching is sublime. How’s that for an alternative to the typical Sunday brunch of bacon and eggs?

Museum of the Moving Image in Astoria, Queens

On the opposite end of New York City’s most diverse borough, you’ll discover this sleek museum celebrating film, TV, and digital media. Expect cutting-edge multi-media exhibits. Through June 16, take in Sonos Playground, an "immersive music video" in which visitors select a song on an iPad and watch a visualization of the music projected onto the surrounding walls, as well as the ongoing "Tut’s Fever," an homage to the exotic picture palaces of the 1920s inspired by the tomb paintings that the artists saw during a trip to Egypt.

Skip the touristy Italian eateries in Little Italy and midtown, and head out to this family-friendly enclave for a truly memorable meal. The small restaurant is perpetually packed but worth the wait: don’t miss the braised rabbit with black olives and polenta and the fat Venetian malfatti (Swiss-chard gnudi). 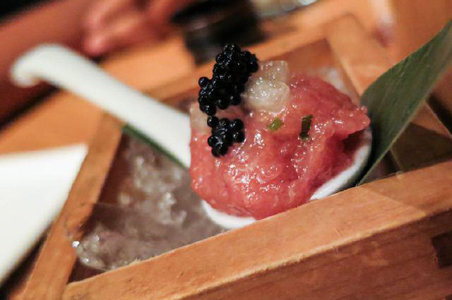 Sushi—in Ukrainian Village? Why yes! Locals are raving about Arami. The eatery offers an extensive sake list and uni shooters, as well as awesome nigiri and ramen. "I haven’t been here yet, but my friends rave about it," reports lifelong Chicagoan Christina Dexter. "They keep telling me I’m missing out!"

The Vic in Lakeview

You may already know about the concerts you’ll find on the regular at this five-story vaudeville house built in 1912 (The Black Crowes are playing this month). But did you know you can also go during the week for screenings of old and modern movies? Take in great flicks and relax after an afternoon of sightseeing—or a stressful day at the office.