Like any great city, London’s got plenty of insider favorites: places you’ll hear more British accents than American ones or foreign languages. It just so happens that in the capital, conveniently, there are plenty of these spots hiding just under visitors’ noses in the center of town. Here are the places where locals outnumber tourists just blocks away from some of the best-known landmarks around. 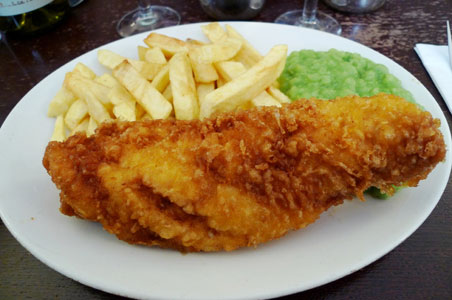 Fish and chips are practically the national dish, but in central London it can be hard to find an authentic, affordable version of this fabulous fried classic. Unless, that is, you head to The Golden Hind, one of the city’s best fish and chip shops, tucked on Marylebone Lane, an easy stroll from Oxford Street right off Marylebone High Street. It’s more a place to sit down for a quick meal than for what the Brits call a "takeaway"—although you can indeed get your order to go—and has been filling up hungry Londoners for nearly 100 years.

Insider Tip: Don’t miss the mushy peas—a classic accompaniment to fish and chips that can sometimes be bland. Here it’s fresh and delicious.

Also Nearby: The charming shops of Marylebone High Street, like Emma Bridgewater and Daunt Books. 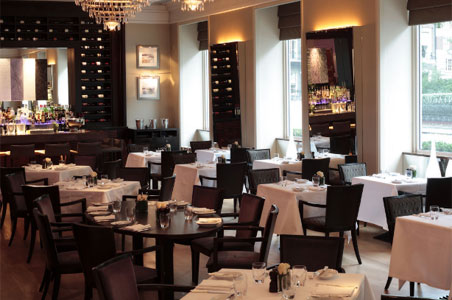 Yes—an afternoon tea suggestion from an insider! Shopping enthusiasts will need sustenance after combing the racks at Selfridges and Marks and Spencer near Marble Arch, and the best option for this indulgent afternoon treat is the nearby Hyatt Regency London Churchill Hotel. The dining room is soothingly quiet and calm, facing a small park square, and in spite of its convenient location, it’s less crowded than many other hotels’ tea service.

Insider Tip: Book ahead for afternoon tea, particularly if you’re planning to go on a weekend, and ask for one of the tables by the window for the best people watching. 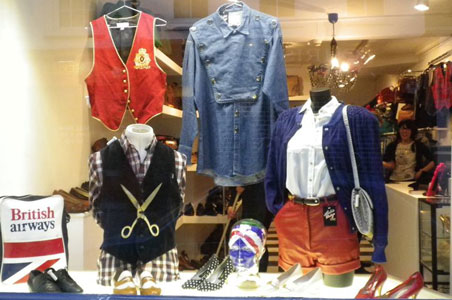 London’s got no shortage of clothing designers, stylists, and fashion-forward mavens, and many of them stop by Absolute Vintage for inspiration or to snap up something chic and affordable to wear. This cavernous shop sits in trendy East London on Hanbury Street, just a few minutes from the popular Spitalfields Market. It’s truly crammed with clothes, shoes, and accessories for men and women, so allow plenty of time to rummage through the racks. There is also a smaller branch of the store on Berwick Street in Soho, but this (the original location) offers a much larger selection of potential finds.

Insider Tip: Be sure to check out the glass cabinet of high-end designer bags—most are quite battered, but it often includes used pieces from brands like Chanel and Gucci for just a few hundred dollars a piece.

Also Nearby: The Andaz Liverpool Street hotel has several inviting restaurants, as well as a striking champagne bar, and it’s conveniently just next door to the Liverpool Street tube station. 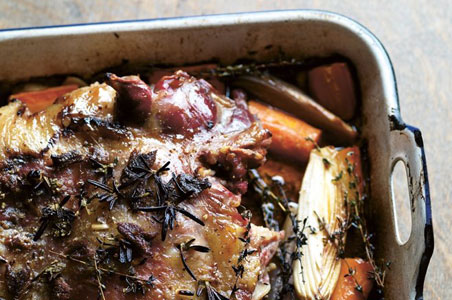 The York and Albany

Chef Gordon Ramsay—yes, of screaming obscenities on TV fame—built his reputation on formal (and pricey) cuisine. His Camden restaurant, The York and Albany serves up the delicious food you’d expect from the celeb-chef, but in a relaxed, pub-like atmosphere that’s fun and friendly. Right around the corner from Camden Market, there are also 9 hotel bedrooms in the building—an ideal option if you’re just in London for the weekend or prefer accommodations with a residential feel.

Insider Tip: The standout meal of the week here is "Sunday roast," the traditional British meal (served all day) of roasted meat with classic side dishes like Yorkshire pudding. 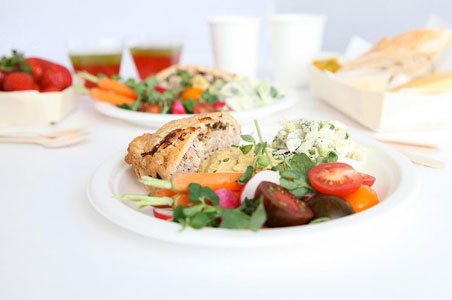 No matter what you’ve heard, it’s not always raining in London; there are plenty of lovely, sunny days and (bonus) in the winter, it’s still warmer than many US cities. (We’re not bitter, though.) On those many nice days, locals run to Melrose and Morgan in Primrose Hill for a picnic of prepared dishes, sandwiches, cheeses, and breads. (There are also delicious deserts here.) It’s in one of London’s loveliest residential neighborhoods—where you just might see a celebrity that lives nearby, like Daniel Craig or Kate Moss—and is an easy stroll from the London Zoo and Regent’s Park.

Also Nearby: Do not miss out on visiting the giraffes and penguins at the London Zoo. It may sound like a kid’s activity, but trust us, you’ll love it.