Coronavirus David Silverberg Are Your Kids Heading Back to Summer Camp? Here's What You Need to Know
Home  >  News   >   Lion Air Crashes in Bali, All Passengers Survive 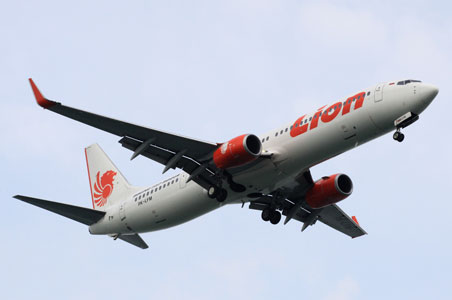 A Lion Air 737 crashed on approach to Denpasar, Bali over the weekend with more than 100 passengers and crew on board. Everyone survived the accident with only minimal injuries reported. The plane was en route to Bali from Bandung, West Java when it came up short of the runway and landed in the water. The impact cracked the fuselage and it is expected that the aircraft will be written off as a total loss.

Investigators are not yet indicating a cause for the accident though weather at the airport was likely an issue. Photos reportedly taken around the time of the crash show a large storm cloud moving across the ocean at the end of the runway, a storm the Lion Air plane would have flown through as it attempted to land. One report from an anonymous source suggests that the pilot attempted to abort the landing due to the weather but that the plane was unable to do so. Instead the plane felt "dragged" down. Reports suggest that the First Officer was initially operating the plane during the approach but that he lost sight of the runway due to the rain. At that time the pilot—a man with more than 15,000 hours of flight experience—took over and attempted to initiate the go around.

Many experts speculate that this could have been caused by wind shear, a sudden down draft caused by storms which affects the ability of planes to maintain their normal aerodynamic performance. Investigators have recovered the flight data recorder and, as of Sunday night, were working to recover the cockpit voice recorder. Analysis of these recorders should reveal more details about the incident.

Lion Air is a budget carrier based in Indonesia and has a somewhat checkered history of safety issues. The carrier is currently not permitted to operate in Europe based on these concerns. They have initiated a massive growth plan with more than 400 airplanes on order from both Boeing and Airbus. And they are working to have the European blacklist removed; it is not clear how this incident will affect that effort.