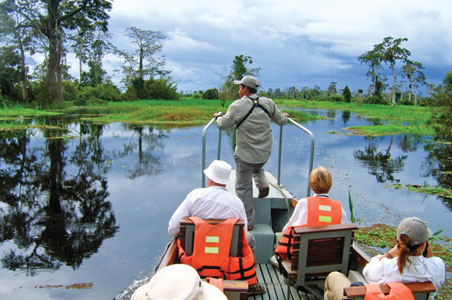 It was kismet. Lindblad Expeditions—the US-based small ship expedition company that partners with the National Geographic Society—was looking to expand and Sarina Bratton, founder of Orion Expedition Cruises in Australia was looking to take her company to the next level. Orion will become part of Lindblad starting with March 2014 itineraries.

Hallmarks of both companies include the desire to protect the ocean environment, share destination expertise, and shepherd travelers toward life-changing experiences (think hiking through Western Australia’s Kimberley region or encountering wild orangutans on a trek through the rainforests of Borneo). 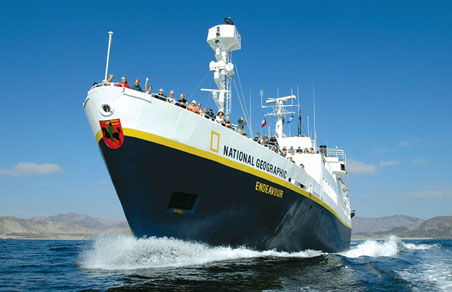 Lindblad is known for its expertise in destinations like Arctic Svalbard, Antarctica, Alaska, Baja California, Galapagos, and the Amazon. Orion was a pioneer in Australasian expedition cruising and has extensive experience in journeys to The Kimberley in Western Australia, Papua New Guinea, Borneo, and Southeast Asia.

Orion’s team of ship’s officers, crew, and onboard naturalists are dedicated individuals with deep knowledge of the areas in which Orion sails. Lindblad will retain those individuals that made Orion what it is today and have helped thousands of travelers unravel the mysteries of our world.

Orion founder, Sarina Bratton, will leave the company in April 2013. Sven Lindblad, president and founder of Lindblad, had this to say about Bratton’s departure: "Sarina has created something quite wonderful in her nine years at the helm of Orion Expedition Cruises. We respect both her and her team immensely for what they have accomplished. It is our job now to ensure that travelers on the Orion continue to receive remarkable travel experiences, both on Orion and our other ships. After all, it is their full faith and confidence that is the essence of this enterprise."