News Robin Catalano Horses Run Wild on This Puerto Rican Island⁠—but for How Much Longer?
NewsLegoland Hotel to Open in California

Legoland Hotel to Open in California 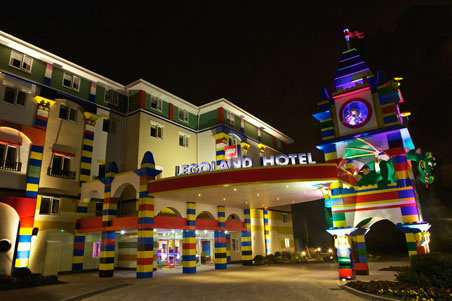 LEGO® fanatics, listen up: a hotel devoted to this cult passion is about to open in Carlsbad, California, at the main entrance to LEGOLAND® with activities for kids and adults alike. From the minute you walk into LEGOLAND® California, it’s all about the little building toys, including a wall behind the reception desk born out of 6,000 brightly colored bricks. 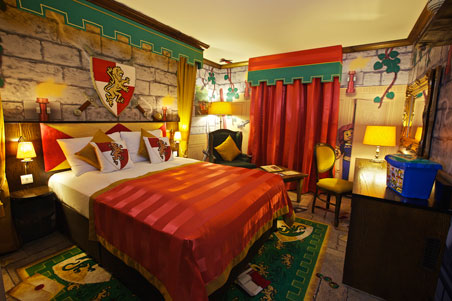 Within the three-story, 250-room hotel are three themed guest rooms: pirate, adventure, and kingdom. At least eight LEGO® models are on display in each room. (But this is nothing compared to the hotel’s seven animated models located around the property and the four LEGO® dragons too—including one that breathes smoke and another that blows bubbles.) Clearly designed for families, each room has WiFi; a separate sleeping area that can accommodate up to three children with a pullout bed and bunk beds; and two TVs to help mitigate fights over the remote. Upon arrival, kids are encouraged to unlock a treasure chest in their rooms that paves the way for an in-room scavenger hunt. There is also the option to bunk in a "premium" themed room, of which there are 51, decked out with even more models and LEGO® themed wallpaper.

At the hotel’s Skyline Café are 35 quirky, animated scenes merging food with LEGO®s, like a woman attempting to attract a monkey to her balcony using a banana.

In the Castle Play area—based on the LEGO® Kingdom, Pirate, and Adventure lines—is a pirate ship en route to dock in a LEGO®-made moat, as well as a stage hosting evening performances. The hotel also has a fitness center and a family pool (with plenty of lounge chairs and, oh yes, LEGO® trees). Also, the Disco Elevator mimics a disco with pulsating lights, a mirror ball, and sound effects to announce arrivals on each floor. 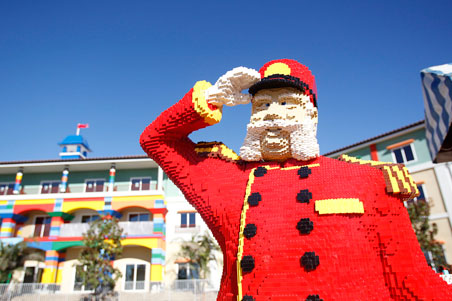 And now, for the million-dollar question, how many bricks do you think were used to construct the 3,422 LEGO® models at this hotel? Answer: 3 million. But don’t worry, there are no stray pieces on the floor for you to accidentally step on.