News Apeksha Bhateja Have $340,000 and Want to Vacation in a Survivalist's Paradise?
NewsThe Lee Bros. Top Five Foods to Try in Charleston

The Lee Bros. Top Five Foods to Try in Charleston

By Matt Lee and Ted Lee

Charleston, South Carolina, is a food-lover’s dream. So who better to tell us not only what to eat, but where to find the best versions of it all than the Lee Brothers? They are the charming purveyors of classic southern foods with their Lee Bros. Boiled Peanuts Catalogue, they’ve written a ton of stories about traveling in (and, obviously, eating in) South Carolina, and this month they’re releasing their latest cookbook, The Lee Bros. Charleston Kitchen. Basically, follow their tips like law next time you’re in the South. 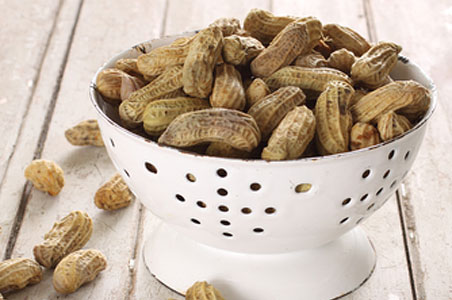 The state snack food of South Carolina, boiled peanuts are simply raw (not roasted!) peanuts cooked in their shells in salty water until soft and delicious. They’re a big part of life here, and we eat them outdoors at crab cracks and oyster roasts, at high school football games, and whenever we’re out on the water. They’re mostly picked up at roadside stands or boiled up on the stovetop at home, so we’re especially grateful for the few restaurants that take an interest and offer them. The Husk Bar is our neighborhood go-to! 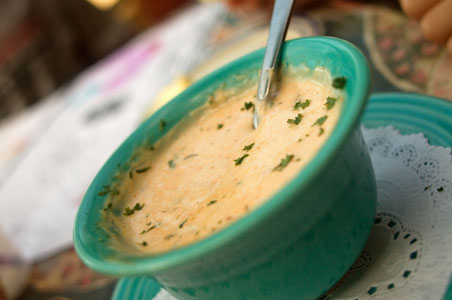 She-crab soup is one of the culinary heroes of our city, invented by William Deas, a butler and cook for Charleston mayor R. Goodwyn Rhett, on the occasion of a dinner Rhett hosted in 1909 for President William Howard Taft. The genius of this simple cream-based crab soup is the addition of crab roe, which tints the soup orange and enriches its crabby flavor. We love the version served daily at the rustic-as-heck restaurant, The Wreck of the Richard and Charlene, which locals simply call "The Wreck." 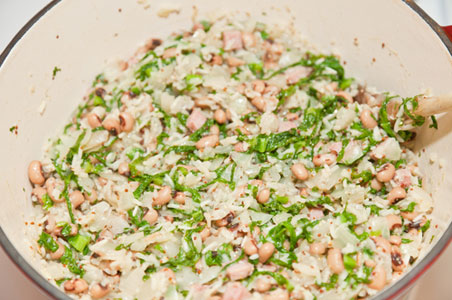 Here in Charleston, we eat local fish like croaker and flounder whole, gently fried, and typically served with a side of grits or rice. At Dave’s Carry-Out, a small, open kitchen with a handful of tables, chef Sandra McCray and her son, Terry, gently fry flounder so the skin is perfectly salty-crisp and delicious, the flesh sweet and moist. We eat it with the McCrays’ Hoppin’ John—rice and red field peas seasoned with bacon. Rice was grown in the Lowcountry in the eighteenth and nineteenth centuries and has always been a significant part of a Charlestonian’s diet. 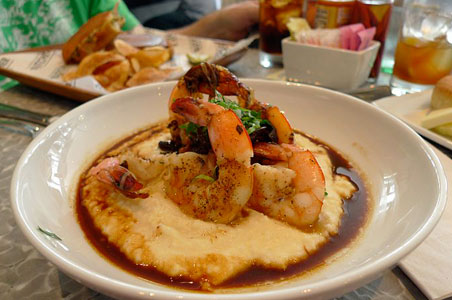 Cookbooks of the early part of the twentieth century show shrimp and grits (which old-Charlestonians call "hominy") to have been primarily a home-cooked breakfast dish. But in the late twentieth century, shrimp and grits became one of the city’s most iconic main dishes and you can find it on the menu at most restaurants on the peninsula. Hominy Grill cooks one of our favorites—a simple treatment with plenty of lemon, garlic, bacon, and mushrooms. 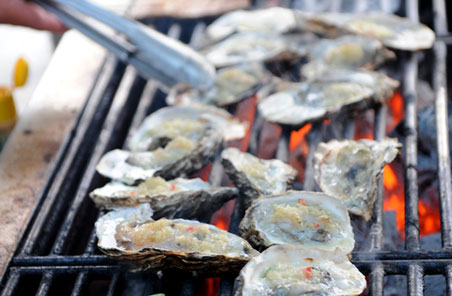 Our local oysters are generously sized, super-briny, and delicious. High oyster season in the Lowcountry is October through April, and during those months, most festive large parties take the form of outdoor oyster roasts—gloriously rustic affairs where you shuck your own and garnish them with nothing more than a squeeze of lemon or a drop of hot sauce. Very few restaurants replicate the freewheeling ambience of an outdoor roast, so we are fortunate to have Bowens Island close by. Their roasted oysters, available by the trayload for shucking, are fantastic. 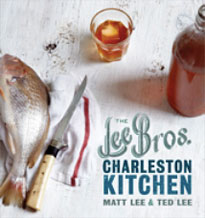 Siblings Matt and Ted grew up in Charleston, South Carolina. When they left to attend colleges in the Northeast, they so missed the foods of their hometown that they founded The Lee Bros. Boiled Peanuts Catalogue, a mail-order catalogue for southern pantry staples like stone-ground grits, fig preserves, and, of course, boiled peanuts. When an editor of a travel magazine asked them to write a story about road-tripping their home state in search of great food, they embarked on a second career as food and travel journalists. They currently are contributing editors at Travel + Leisure and frequently write food stories for Bon Appetit, The New York Times, Fine Cooking, and Food & Wine, among other publications. Their book The Lee Bros. Charleston Kitchen will be released later this month by Clarkson Potter.