News Apeksha Bhateja What Are the Chances You'll Get Monkeypox at a Hotel?
NewsLangham Chicago Opens in Landmark Building 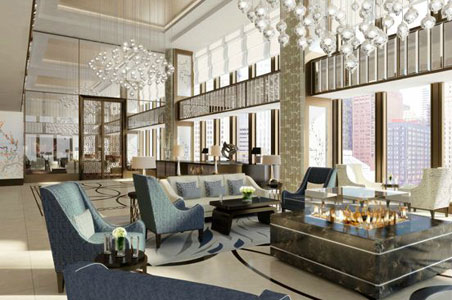 The Langham Chicago debuted on July 10, taking over the first 13 floors of a skyscraper designed by Mies van der Rohe.

Inside the 316-room luxury hotel—where the Loop meets the Magnificent Mile, along North Wabash Avenue just North of the Chicago River—is a restaurant designed by David Rockwell, a tea room with river views and a spa focused on Chinese medicine. Other Langham properties are in Boston, Auckland, Sydney, Hong Kong, Los Angeles, Shanghai, and London. 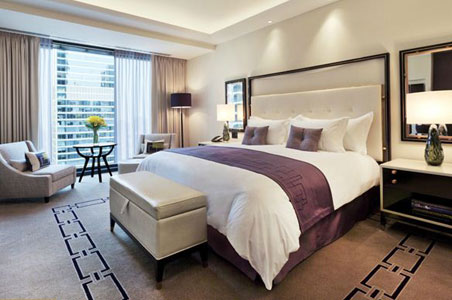 The rooms at The Langham Chicago are spacious and said to be among the largest in the city, including a dressing parlor with a vanity table; a bathroom with Alaskan White granite, Botticino Fiorito marble and Travertine; and a 55-inch LCD television. With the touch of a button, a privacy wall emerges that divides the bathroom from the rest of the space. 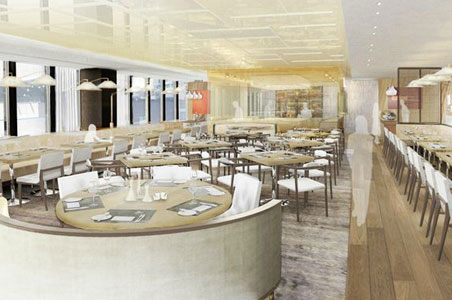 Travelle is the hotel’s second-floor restaurant, with a keen eye on Mediterranean-inspired cuisine—but with a modern twist, from flaming chicken Saganaki to pita balloons—imagined by chef Tim Graham. Rockwell’s design includes a nod to Chicago’s Industrial Age with stylish wood and metal finishes, stone flooring, and leather seating yet there’s also reverence to contemporary times with a 30-foot digital-art installation. Each afternoon, tea (including the Langham’s signature tea, Tiffin at the Langham) is poured in the Pavilion and paired with light fare. 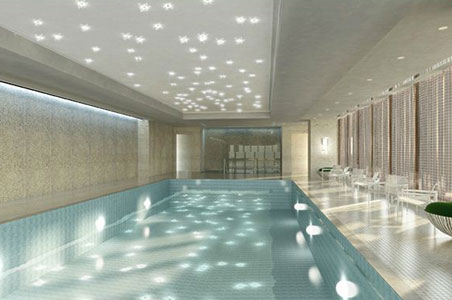 The Chuan Spa, a 22,000-square-foot urban sanctuary devoted to pampering, features a 67-foot swimming pool and workout center. But the most stunning amenity is its treatment menu. And even before the treatment begins, each guest experiences a Chuan Bathing Ritual (journeying through a handful of rooms, such as a salt-stone sauna and chamomile-scented steam room, to experience both hot and cold water sensations).

The Langham Chicago currently has eight themed packages to entice guests to the new hotel that include "Shop and Revitalize" (folding in perks with the accommodations such as a foot treatment at Chuan Spa and afternoon tea for two to soothe your body after a shopping excursion along Michigan Avenue).