News Apeksha Bhateja It's a Tie: The 2 Most Annoying Airline Passenger Behaviors of 2022
NewsMardi Gras Sweet Spotlight: The King Cake 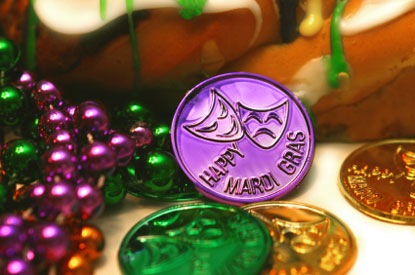 New Orleans is known for lots of local flavor, from pralines and po’ boys to beignets and chicory coffee. But for a true taste of Mardi Gras, you can’t beat a King Cake. If you aren’t traveling to New Orleans soon, you can even order one today to have the celebration come to you before Fat Tuesday on March 8th.

The King of Cakes

The origins of the King Cake go back to early 12th-century Europe, when a similar-type cake was baked to represent the arrival of the biblical Three Kings on the twelfth day after Christmas. French settlers passed along the tradition in the late 19th-century to the residents of New Orleans. Many years and iterations later, the King Cake lives on, and starting on January 6th, twelve days after Christmas and the first day of Mardi Gras, through Fat Tuesday, the day before Ash Wednesday, a party isn’t complete without a King Cake at hand. 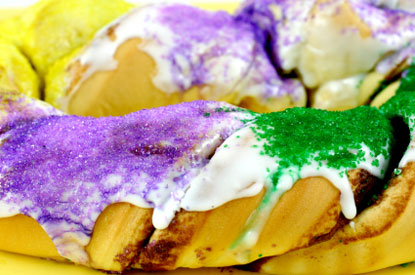 Traditional King Cakes are a ring-shaped, cinnamon flavored brioche with purple, gold, and green icing for the colors of Mardi Gras. Nowadays, King Cakes come in a variety of flavors and fillings, such as cream cheese or chocolate. A small plastic toy baby, said to represent Baby Jesus, is hidden inside the cake. It’s tradition that whoever gets the slice with the hidden baby must host the next Mardi Gras party or buy the King Cake for the next celebration.

This time of year you can find them all around the area in special bakeries and local grocery stores. Fodorite’s recommended these bakeries that will ship a King Cake to anywhere in the U.S. from New Orleans:

So get some friends together, host your own Mardi Gras party, and do as the do in the Big Easy: "Laissez les bons temps rouler" or let the good times roll!