Coronavirus Leila Najafi Want to Stay in Costa Rica for Over a Year? A New Law Might Help You
Home  >  News   >   Just Back From: Vosges

Just Back From: Vosges

Fodor’s European Correspondent, Pepita Diamand, is a creative consultant and blogger based in Paris. Her blog can be found at 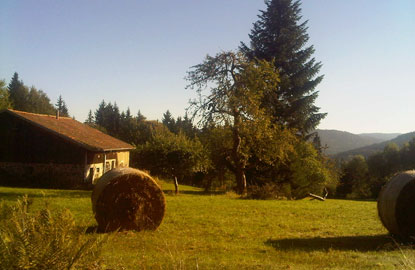 So where, you might be wondering, is Vosges? If I were to tell you that towns in the area include Kaisersberg and Niedermorschwihr, you’d say Germany, right? Well, don’t say that out loud while in Vosges or you’ll be met with looks of indignation, if not an actual slap. That’s because Kaisersberg and Niedermorschwihr are in France—merci beaucoup—having been fought-over, time and again, in battles that have made the mountains of Vosges in the Alsace-Lorraine some of the most hotly contested hills in Europe.

The most recent war waged in Vosges was between me and Monsieur over our car’s GPS. We were in the area for his niece’s wedding (note: my Monsieur and Joan of Arc are two of the region’s most combustible progeny) and thanks to an inadvertent fiddle with our sat-nav’s settings, it looked like we were headed straight into German territory. Given that we were a good five hour drive from Paris, Monsieur was in no mood for a miscalculation or my (valid, thank you) technical explanation. I’m pretty sure the resulting argument could be heard all the way in Luxembourg. 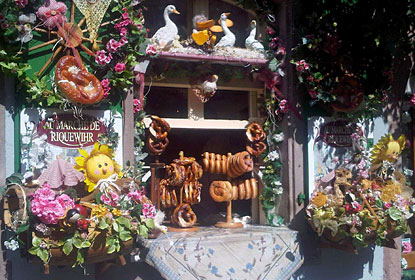 Popular with European hikers, cyclists, and campers, Vosges is a sportsman’s paradise, with verdant mountains to climb, long walking trails to follow, and little lakes to sail on—or skate on in winter, when skiing (a little Alpine and lots of cross-country) gets added to the activity mix. Crossing over the Vosges range by car (or bike, if your thighs can take it) involves insanely bendy roads which cut through dense forests marked with moving memorials such as Le Ligne 1915, site of some of World War I’s fiercest battles. Further east, the scenery opens up to big green valleys and rolling landscapes where connoisseurs can follow the Route des Vins d’Alsace and discover the surprisingly delicious whites of this underrated wine region.

Our hotel for the weekend was Les Bas Rupts, a Relais & Chateaux property in the wooded hills above the little lakeside resort town of Gerardmer. I’ve been coming here for as long as I’ve known Monsieur and as bursting with knick-knacks as the public areas may be (there’s a pair of white hairy "yak" lamps on a landing that never fail to amuse) I am always charmed by its lodge atmosphere, cosy guestrooms, and our hostess, Sylvie Witdouck, who, in contrast to the woodsy decor, had a chic, tailored wardrobe to die for. Her father, Michel Philippe, has been awarded many a Michelin star, and is a local culinary legend. To dine at Les Bas Rupts is to dine well. 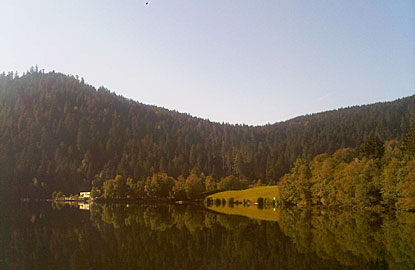 As for eating further afield, prepare yourself for menus laden with such Teutonic-seeming fare as spaztle, bretzle, and choucroute (French for sauerkraut). Cheese is central to the region’s cuisine, with munster reigning as king. Surrounded by mountain-top pastures and herds of dairy cows, Breitzhousen, a working farm and guesthouse with amazing views and on-site fromage factory, offers a small cheese-laden menu that’s not for the faint-hearted. To put it bluntly (and accurately), the munster smell in the main seating area is monstrous, veering from old socks to armpit and back to old socks.

Despite the laminated multi-lingual menus, our lunch on the patio of Au Moulin in the picturesque town of Riquewihr was mercifully more pleasant. My flammekueche (a tart with onions, creme fraiche, and lardons; my favorite regional speciality) was made with a crispy, thin crust that would put many a Napolitain pizza-maker to shame, and was perfectly matched with a local Pinot Gris. My cheese plate (Me: What kinds of cheeses do you have? Waitress: Munster.) came accompanied by a little heap of caraway seeds and a glass of flavourful Gewurztraminer. The bill for both of us came to less than €50 which was a breath of fresh air in itself.

After a sobering walk around town and through the adjacent vineyards, Monsieur and I got back in the car to face the long drive back to Paris and the challenge of resetting the sat nav. Would we start World War III in the process? I hoped not, not that Vosges isn’t worth fighting over.

All photos courtesy of Pepita Diamand