Just Back From: The Machine House, Transylvania 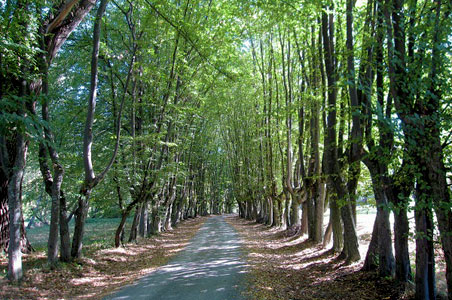 I traveled to Transylvania on a whim, following on the heels of my trailblazing beau, who was intent on an encounter with these nearly forgotten lands. An aspiring graphic novelist, he imagined scribbling noir tales in the shadows of the untamed Carpathian Mountains, drinking red wine, and finding eerie inspiration in this "land beyond the forest" (Transylvania’s literal translation). The region’s long and dark history is marked by characters like the legendary Dracula. The character was loosely modeled after the area’s most famous son, the real-life ruthless ruler-cum-Transylvanian poster boy Vlad Tepes, also known as Vlad the Impaler. And the threat of latext gypsy hexes still looms in the air.

I was initially hesitant—it seemed somehow strange to think of Transylvania as a point on the map instead of as some mystical land dreamed up by Bram Stoker. But indeed, in the northern reaches of Romania lies a captivating region with ancient villages, castles, and a surprisingly majestic stretch of wilderness. On top of all this, it’s one of the Old World’s last truly budget-friendly destinations for American travelers with a generous dollar-to-leu exchange rate.

So we settled on The Machine House as our Transylvanian base for the week. Set in the tiny, stuck-in-time village of Zabola, my first night’s frights came courtesy of the hotel’s welcome letter, which served as a warning about the midnight strolls of the 400 year old ghost of a monk who was once murdered at The Machine House. We were off to an appropriately spooky start.

Interestingly the next morning, the proprietor Alexander Roy Chowdhury explained that since their estate couldn’t claim its own ghost (a common amenity in many old estates in the region), they decided to invent one. So no, this place had never actually been a monastery. And nowhere is there record of paranormal activities. But its Transylvania—this is what people come for. 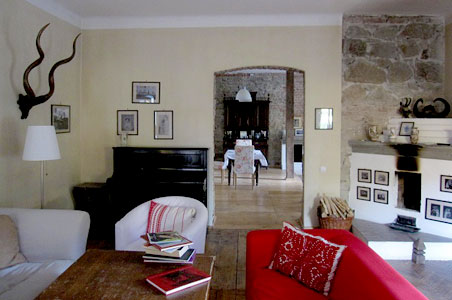 The five year old Machine House is set in a reinvented 18th-century building that once house the machinery for the Zabola Estate. It was a large, centuries-old property run by the descendants of regional Romanian counts and countesses that were by all accounts more benevolent than their neighbor, Count Dracula. It’s a dapper duo, brothers Gregor and Alexander Roy Chowdhury, that runs the property under the watchful eye of their mother, Katalin Roy Chowdhury, aka Countess Mikes, who left her home here as a child and steadfastly fought for the estate on her return. The family made for truly polite and polished hosts (regal, even), while a small team of local villagers manage the guesthouse and kitchen.

A gated drive passes under a canopy of trees to deliver yoi to this sanctuary—set at the foothills of the Carpathians, the 85 acres of the castle’s garden grounds are marked by ponds, trickling streams, open meadows, and rolling forested hills, which were especially vibrant in autumn. You can arrange to take a paddle boat out on the ponds, borrow a bike, go horseback riding, drive a 4×4, book a carriage tour in a surrounding village, go hiking with a guide, or even try your hand at bow-drawing (an ancient Hungarian tribal tradition). The Carpathians, apparently, have Europe’s biggest bear population, so be sure to schedule an early-evening bear watch.

Whether you hire a car and driver or rent a car on your own, there are worthwhile day trips in the surrounding areas—take the one hour drive back to Brasov to look around the medieval Saxon town. Just 45 minutes further out, you’ll hit Bran, which is home to a brooding 14th century fortress marketed as Dracula’s Castle (though its historic ties are vague at best). Or, head 2.5 hours north to stop in the medieval, UNESCO-protected Sighisoara, birthplace of Vlad the Impaler and home to a 12th-century hilltop citadel. 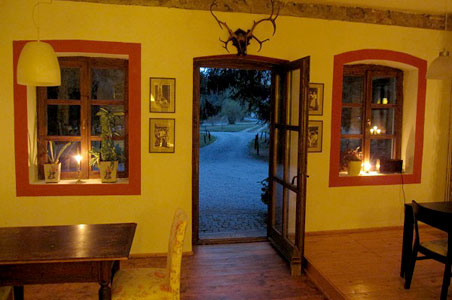 The stylishly renovated historical hotel has six rustic-chic guestrooms that are tastefully appointed with antique furnishings and traditional fabrics. Rooms have WiFi access, but no phones or TV (better yet, have the property set up an open-air movie screening in the surrounding forest). Opt for the spacious Red Room, with its free-standing claw-foot tub and generous windows.

Downstairs, a lounge area has comfortable seating areas, exposed brick and beams, and a welcoming fireplace, while the adjacent dining room is the setting for daily breakfasts, and lunch and dinner on request. Garden-fresh vegetables, fruits, and herbs (from the estate’s own two-acre garden) and milk products and meat brought in from local farmers, power the lip-smacking home-cooked cuisine, which showcases old recipes of Transylvanian noble families delectably cooked up by local women; two-course lunches run $16, and three-course candlelight dinners run $24.

A true treasure in the Transylvanian hinterlands, this is a refined, yet rustic escape.

You can arrive via a one-hour drive from the train station in the mountain-fringed Saxon town of Brasov (a major hub in the area), which is easily accessed from Bucharest and Budapest. Keep an eye out for horse drawn carts and roaming farm animals that share the road with you.

Nightly B & B room rates start at $59 per person (based on double occupancy) on weekends; weekday rates from $46. Also, note: The two-room Garden House opened this summer, accommodating groups up to four, and come fall 2013, The New Castle, currently undergoing renovations, will debut an additional 12 guestrooms and new spa.

Photo credits: Red Room courtesy of The Machine House; all other photos courtesy of John Garay