News Apeksha Bhateja What Are the Chances You'll Get Monkeypox at a Hotel?
NewsJust Back From: The Indy 500

While I’d hardly consider myself a sports fanatic, my first Indy 500 experience is one I won’t easily forget. As Indy’s most important event, the entire city comes together to make each year’s race better than the last. From the colorful parade to the post-race celebrations, here’s everything you need to know about the world’s largest, single-day sporting event. 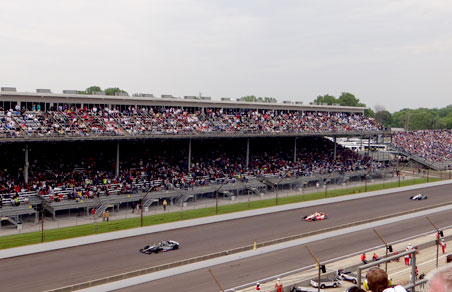 The race consists of 33 drivers who complete 200 laps around the track, totaling 500 miles. The race typically lasts about three hours, which can feel like it’s flying by faster than the cars themselves. To get a sense of just how big the track is, consider this: Churchill Downs, Yankee Stadium, the Rose Bowl, the Roman Colosseum, and Vatican City all can fit comfortably inside the IMS oval. Plus, it only takes about 39 seconds on average for the cars to complete a lap. 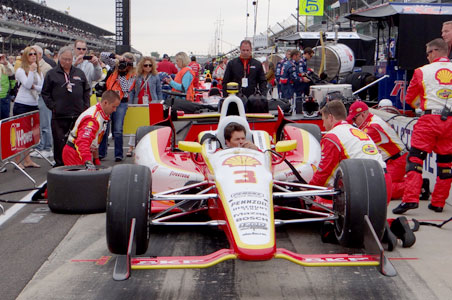 Since media are among those allowed onto the track before the racers take their seats, I had a chance to see these intricate machines up close. When all is said and done, each car costs over one million dollars to build. Perhaps the most impressive car part is the steering wheel. It is almost toy-like in appearance but is actually custom-designed and molded to fit the driver’s hand like a glove, thus ensuring better grip. About an hour before the race, the 33 cars line up three by three for a total of eleven rows based on how well each driver did in the qualifier rounds. 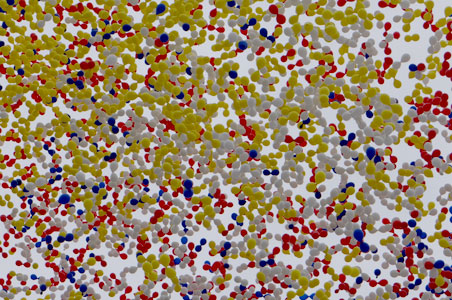 It’s safe to say that people at the 500 are excited to be there. Although the race doesn’t officially start until noon, the parking lots fill up throughout the morning. Before the racers start their engines, there are several musical performances including the National Anthem and "Back Home Again in Indiana." I was most impressed by the group of planes flying overhead followed by the release of hundreds of balloons into the air. This year, to honor the Boston Marathon victims, about 35 runners symbolically finished the race on the Indy 500 track as the enthusiastic crowd cheered from the stands. 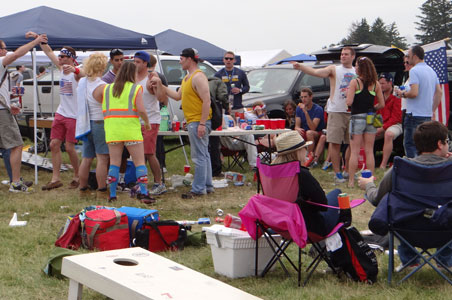 This actually depends on where your seat is located. The weather this past weekend was rather cool but in previous years, temperatures were much higher. Make sure to dress comfortably and to lather up with sunscreen. Even on a cloudy day, three hours sitting or standing outside can result in a nasty sunburn. By far the most notorious outdoor viewing area is called "the "Snake Pit" (pictured above). The crowd here is young, the shorts are short, and the booze is flowing. There are also more family-friendly areas nearby in addition to various tailgating spaces. 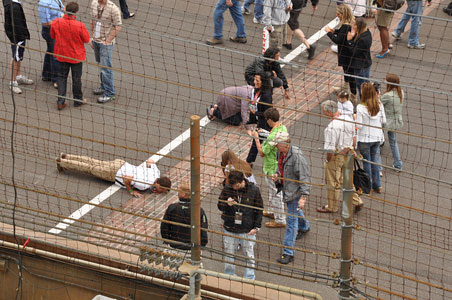 There are a few traditions that might seem strange to the first-time Indy 500 spectator. As a newcomer to the races myself, I definitely had moments of confusion. For example, when an Indy 500 winner crosses the finish line he generally does two things: drinks a glass of milk and kisses the Yard of Bricks. Right after Louis Meyer won his third Indy 500 race in 1936 he asked for milk and unlike the previous year when he was given a glass of buttermilk, he received a bottle. The image of him chugging milk while celebrating his win became iconic and has since become a tradition at the races. Similarly, the "kissing the bricks" became a tradition after NASCAR champion Dale Jarrett did so after his Brickyard 400 victory in 1966. It’s a symbolic way to honor the Indianapolis Motor Speedway.

Luckily, there were only a handful of crashes this year and each racer stepped out of his car unharmed. While the race was close, it was ultimately Tony Kanaan of Brazil who earned the top spot, followed by Carlos Munoz of Colombia, and Ryan Hunter-Reay of the US. Although most fans were rooting for a particular driver, the crowd always comes together to applaud the victor.