News Apeksha Bhateja Have $340,000 and Want to Vacation in a Survivalist's Paradise?
NewsJust Back From: Tales of the Cocktail

Just Back From: Tales of the Cocktail

All the hallmarks of cocktail culture were on proud display at this year’s 11th-annual Tales of the Cocktail, held July 17-21 in the country’s most spirited city, New Orleans. There were "secret" (yet crowded) drinking dens, complex but innovative cocktails, and ironic mustaches at every turn. But we spotted vodka-drinking dwarves, high-end champagnes, and a polar bear at a pool party this year, too, along with top-notch spirits seminars and the industry’s hardest working mixologists. Here’s our recap of the crazy, creative, and arguably finest cocktail festival held in the United States. 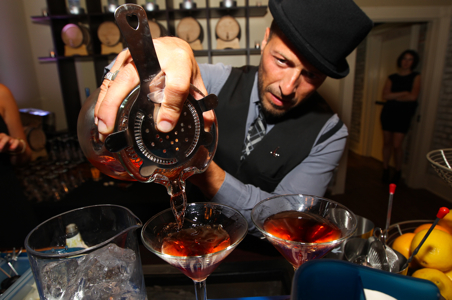 Hundreds of eager cocktail lovers and industry insiders gathered in New Orleans’s historic Warehouse District event space, The Chicory, to kick off Tales on July 16 in sophisticated style at a French market-themed soirée. Transformed into a whimsical Parisian marché—replete with fresh flowers, baguettes, and an exotic fruit and vegetable stand—there was Baccarat being taught and played in a casino room, a "hidden" pop-up bar behind a bookshelf with a ’20s vibe (featuring the sounds of Robin Barnes and her Jazz Trio) and many cocktails to taste, including those guests could custom create from fresh ingredients like Ataulfo mangos, Anjou pears, and heirloom tomatoes. 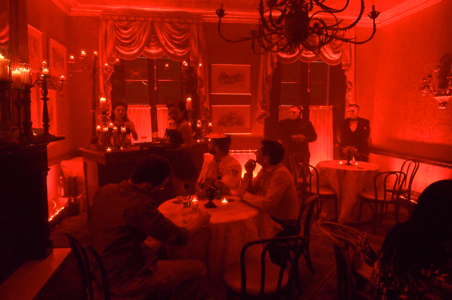 One part Eyes Wide Shut, one part vintage freak show, Absolut undoubtedly put on the most memorable bash during Tales on July 17. Taking over the historic, circa-1918 Arnaud’s Restaurant in the French Quarter, attendees sported masks and sipped Absolut vodka creations while roaming between rooms with disparate themes, including a wonderfully bizarre circus-style space outfitted with vodka popcorn, spiked blue slushies, and costumed dwarves who gamely took vodka shots with guests off of an ice luge. 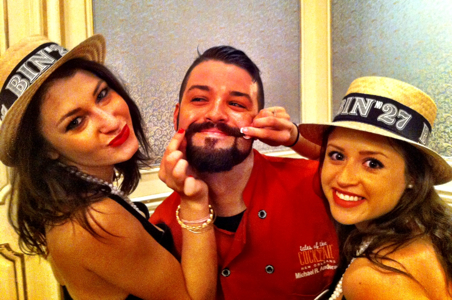 Consistent with Port’s continued move toward attracting a new (read: young) fan base, Fonseca BIN 27 promoted a new pairing idea for the ready-to-drink fortified wine: Port and cookies. Serving chocolate-chip-macadamia cookies from Jacques Torres with ruby Port, four costumed #BIN27Girls took to the streets of Tales for the second year in a row, posing for photos with cocktail fans and wine lovers alike on Royal and Bourbon Streets—the winner of the best photo taken with the girls, judged by cocktail writer and historian David Wondrich, will win an iPad. 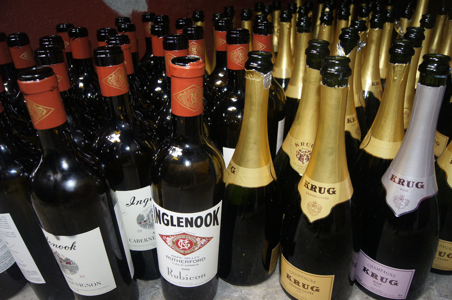 A welcome, refined respite from the unusually packed parties that dominated Tales this year, the Krug House had an air of exclusivity that was fitting for the luxury brand. Held at the gorgeous, private Coppola family residence in the historic French Quarter, glasses of refreshing recent and older disgorgements of Krug Grande Cuvée and Krug Rosé NV were poured to some 300 thirsty attendees over the course of two days, along with Inglenook’s 2010 Cask Cabernet Sauvignon and sips of Inglenook’s 2010 Rubicon, which will be released to the public in September. 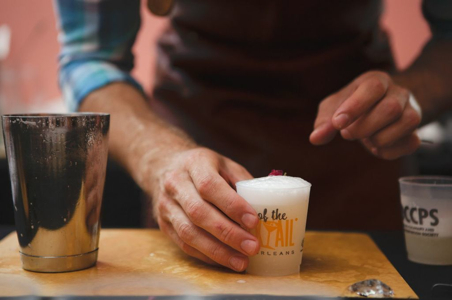 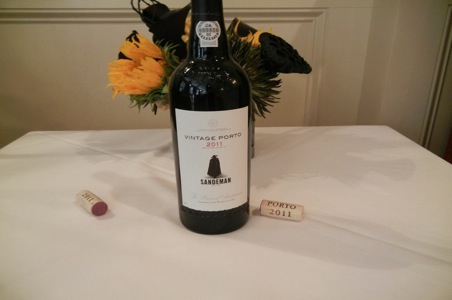 An intimate lunch on July 19 at John Besh’s beloved Restaurant August—starring seventh-generation Port maker, George Sandeman—unveiled first sips of the brand’s 2011 vintage Port (shaping up to be a hallmark vintage in Port production). The release, which will become available to consumers nationwide in October, was served alongside four Port cocktail creations, including an easy-to-throw-back Porto lemonade, and specialty dishes with classic Southern flair, like slow-roasted cochon de lait with white corn polenta and brown shrimp-truffle soup—a bit rich for a 92-degree day, but it is New Orleans, after all.