News Sorrel Moseley-Williams The New President of Chile Has Chosen a Very Unusual Place to Live
NewsJust Back From: Taipei

Just Back From: Taipei 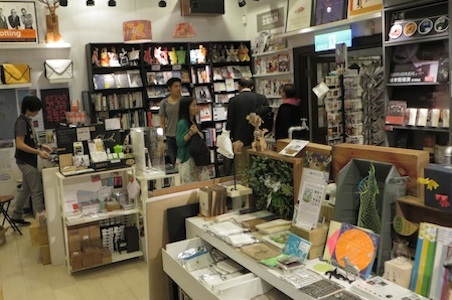 I’m en route from Hong Kong to Taipei when I notice Hello Kitty’s iconic face staring up from my in-flight meal’s salad. Yes, it’s in the salad, and it is edible, fabricated from what appears to be daikon. So it goes on EVA Airlines’ dedicated fleet of five Hello Kitty jets, which offer service between Taipei and Hong Kong, Tokyo, Seoul, Sapporo, Shanghai, Fukuoka, and Guam. Although I’m disappointed the flight attendants don’t wear actual Hello Kitty costumes and act in cartoonish character—a printed Hello Kitty scarf and plenty of sunshine and cheer is as close as they get—there’s plenty of adorable Kitty imagery both outside and inside the aircraft, including pre-flight videos (in one, Kitty makes a family literally fly), pillows, and of course, meals.

The capital city of tropical, lush Taiwan, Taipei is like the lovechild of Hong Kong and Tokyo (the Japanese in fact occupied Taiwan, located desirably between North and South Asia, from 1894-1945). It possesses some of those cities’ best elements, both cultural and material, including automated Japanese Toto toilets, natural hot springs to the city’s northern Beitou district (easily reached by the inexpensive MRT subway system), affordable shopping, and a dizzying wealth of street cuisine and night markets. The Taiwanese are a warm, friendly lot to boot. 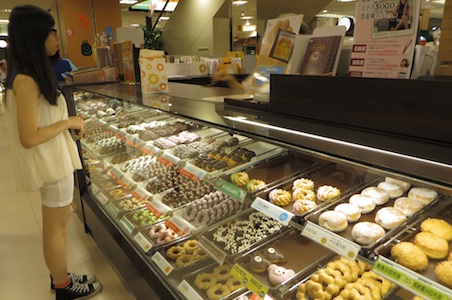 For help deciding in which part of the city to stay, I consulted my friend Joseph Wan, a Taiwanese surgeon with a passion and superb taste for hotels and cuisine. "The west side of the city tells the past, and the east is about the future," he explained. I settled on a dose of both. The amba, situated in the west side’s Ximending district, which is crowded with shops, restaurants, and entertainment geared towards young folk, is a modestly priced boutique property with edge thanks to designer Eugene Yeh and work by contemporary Taiwanese artists. The reception desk is constructed from 2012 recycled plastic bottles, while rooms include free flip-flops and locally made ginger bath products. Open-backed bookshelves lend the breakfast lounge a touch of bright, library chic.

To the east, in glossy, upscale Xinyi, over which the Taipei 101 skyscraper looms large, I splurged on a couple of nights at W Taipei, as trendy, fashionable, and avant-garde as it gets. Even the elevator music is expertly curated. As a bonus, 24-hour mega-bookstore Eslite is across the street, which is as much a department store as it is bookseller. I sample music by Taiwanese bands like the Radiohead-esque Sodagreen on Eslite’s music and movies level, and load up on its Starbucks’ Taiwan-only line of mugs designed by local artists. 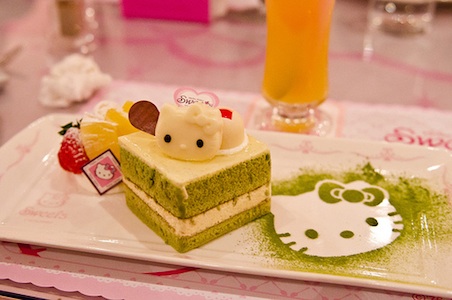 Wandering the city, it’s not long before I’m faced with Hello Kitty again, this time branding a line of diamond jewelry. Taiwan’s Kitty obsession would be unhealthy, perhaps call for an intervention, were it not so cute. The popular Hello Kitty Sweets Café is one of the most clamored-for cake and coffee spots in town, requiring reservations on weekends, despite the fact its pastry are well below Parisian standard.

Cafes are a major Taipei trend, particularly those with a theme or twist. For example, Tiffany Café is modeled after Breakfast at Tiffany’s, with images and design culled from the film, while Minimal Café is a "cat café" where you mingle and cuddle with dozens of rescue felines between sips of cappuccino. Several newer Chinese-language books are devoted to Taipei’s swelling café ranks, while US-born, Taipei-based Allister Chang chronicles his favorites on an English-language blog.

Chang joins me for a crawl of the hip Da’an district and a few cafes. While there’s a good one at SPOT, a former US Ambassador’s residence turned cinema, gallery, and restaurant/wine lounge, the complex’s SPOT Designs store proves a true find with artisanal, locally-crafted everything, from colorful laptop bags by Jump From Paper to delicious plum vanilla jam fromMiao Marmalade. 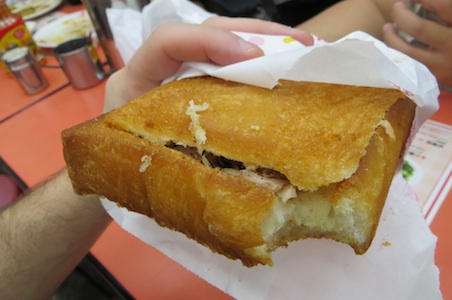 At Taipei’s night markets, I gorged on dozens of street food staples like plate-sized crispy chicken breasts, coffin bread (a thick slice of toast hollowed out to accommodate a host of savory ingredients), and milky snowflake ice. For a more upscale feel, Chang took me to an off-the-radar venue, roughly translated to "Mr. Lee’s Private Recipe," a cozy industrial-chic space where the chef lovingly prepared a set menu of authentic yet creative Taiwanese fare…with no Hello Kitty garnish to be found.