News Sorrel Moseley-Williams The New President of Chile Has Chosen a Very Unusual Place to Live
NewsJust Back From: Punta Cana

Just Back From: Punta Cana 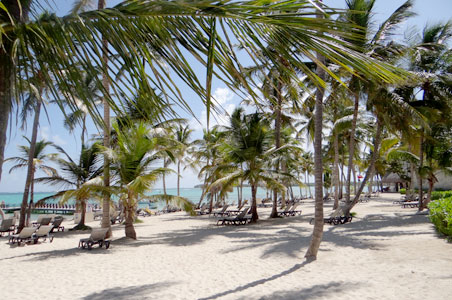 I’m no stranger to all manner of international airports but nothing quite prepared me for Punta Cana’s much smaller and friendlier version. On landing, I was warmly greeted by a group of three cheerful Dominican men singing, dancing, and playing the drums. Genuinely perplexed by my new surroundings, I slowly made my way to baggage claim but not before a few more decadently dressed dancers and musicians floated my way. What may appear like an over-the-top airport festival is actually just another day at the office.

Facing both the Caribbean and the Atlantic, tourists have flocked to Punta Cana since the 1970s. While Europeans and South Americans consistently vacation here, the amount of American visitors has increased significantly in recent years. Thanks to more affordable airfare, enticing tropical weather, and upscale, all-inclusive resorts, Punta Cana has emerged as an appealing beach destination. Travelers get the best of both worlds: the impressive indoor architecture and outdoor sunshine at the resorts and the surrounding town of Higüey boasting 500 years of history.

I checked into my comfortable room at Barceló and in a flash I was laying poolside sipping a piña colada and mentally tossing my worries to the wind. The sun peeked through the tall palm trees along the beach, providing a gentle shade and a front-row seat for the approaching sunset. Kicking off my holiday in the sun with a dip in the pool, I spent the next two days doing much of the same: swimming in the ocean, tasting international cuisine, participating in select water sports, and indulging in a spa treatment (or two). It was rough. 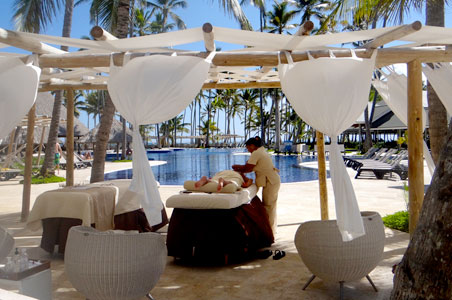 Feeling refreshed and energized by day three, the time came to venture off the resort grounds. I signed up for a day tour with Higuey Adventure, who would introduce me to Punta Cana beyond the private beaches. (You might be asking "Why?" I soon discovered.)

I craved a bit of disruption and once I saw the beat-up looking truck that would be our transport for the day, I knew I would get just that. Naturally, Punta Cana’s main allure lies in its picturesque sandy shores and luxurious resorts but there is a grittier and far less glamorous side that is equally charming.

The engine revved and we were off to Higüey, the closest city to Punta Cana and the capital city of La Altagracia. To break up the forty-five minute drive, we stopped along the way at a traditional sugar cane field for a late morning snack before heading further to Rancho Nuevo (New Ranch) in Palo Amargo (Bitter Wood). Designed for the curious traveler, our guide led our group through the spacious ranch on horseback before sitting us down to teach us the tricky art of cigar-making. 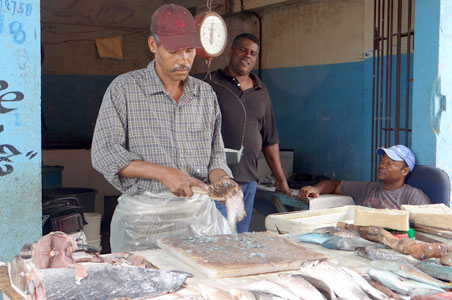 Things really picked up in Higüey’s city center. A sharp contrast to the tranquil atmosphere of Rancho Nuevo, Higüey is brimming with color and vitality. Walking through the crowded food market with local vendors selling fruits, meats, and everything in between was blissful sensory-overload. Continuing on, we entered two very different churches. While the 500 year-old San Dionisio Church is a proud example of Higüey’s origins, the much larger Basílica Catedral Nuestra Señora de la Altagracia (The Basilica of Our Lady of Altagracia) showcases a strikingly modern architectural design. 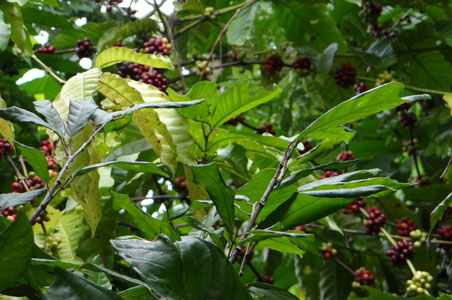 Clearly saving the best for last, we made our way to a traditional coffee and cocoa planation in the quaint town of El Boneo. Consisting of a modest Dominican house, fertile land, and humble open-air seating area, we nibbled on fresh fruits and hot cocoa-based drinks. It proved the perfect ending to our tour and my time in the Dominican Republic. The mix of old and new, which is a constant theme in Punta Cana, makes for a tropical paradise dripping with cultural availability.