Just Back From: Jazz Fest in New Orleans 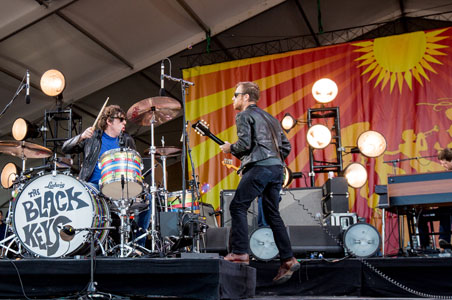 Would three inches of mud deter you from seeing your favorite band? It didn’t stop some 425,000 music fans from loving every minute of the 44th annual Jazz Fest in New Orleans, despite pouring rain on three out of seven festival days that quickly turned the gorgeous grassy lawns at the Fair Grounds Race Course into pure mud pits.

Some stars couldn’t evade the inclement weather: Much like Billy Joel in his 2008 Jazz Fest appearance, Dave Matthews and a rollicking crowd got drenched on April 28, and during the final song of their set, "Ants Marching," thunder and lightning threatened to steal the show. But gloomy conditions didn’t discourage fans from enjoying all the music fest had to offer over the course of two weekends, including stellar performances by heavy hitters in the country, rock n’roll and jazz arenas, including a 2- and-a-half hour set by Fleetwood Mac (Lindsey Buckingham kissing Stevie Nick’s hand after their famous "Landslide" duo was one of the most magical moments of the festival). There were first-time appearances by Top 40 mainstays Maroon 5, The Black Keys, Phoenix, and Patti Smith, too, along with a soulful mash-up of country’s greatest hits by legendary crooner Willie Nelson, still rocking despite having recently celebrated his 80th birthday. 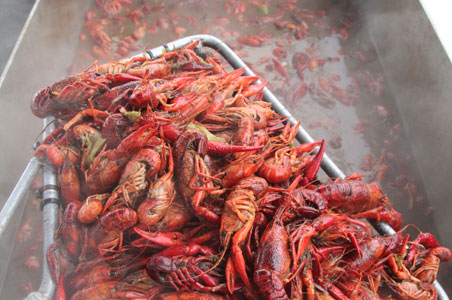 And in a city renowned for its colorful live music scene, local legends were not to be outdone. From zydeco to brass-band jazz and everything in between, Nola’s favorite musicians made a strong showing: Rebirth Brass Band, Papa Grows Funk, Allen Toussaint, and Big Sam’s Funky Nation all drew love from the rain boot-sporting crowd. Of course, it wouldn’t feel like a weekend at Jazz Fest in Nola without some serious eats to go with the tunes: More than 70 food vendors turned out regional treats like shrimp, sausage, and okra gumbo from Fireman Mike’s Kitchen, Cochon de Lait po boys from Love at First Bite, and fried pork skin cracklins from Fatty’s Cracklins to keep fans sated between sets, proving that even wet and windy conditions couldn’t put a damper on anyone’s appetite for food or fun. Next year’s Jazz Fest is scheduled for April 25 – May 4, 2014.