News Robin Catalano Horses Run Wild on This Puerto Rican Island⁠—but for How Much Longer?
NewsJust Back From: Grenada

Just Back From: Grenada 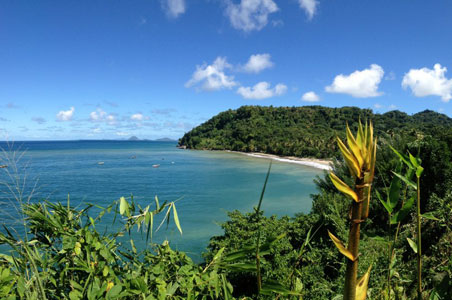 I’ve ticked quite a few of the Caribbean boxes—enough to know that there’s more to experience in the region than all-inclusive mega resorts, casinos, and cruise port daiquiri bars. Still, my recent visit to Grenada came as a wonderful surprise. And if you think you’ve seen the Caribbean but haven’t ventured to this southernmost of the Windward Islands (Grenada is a three-hour flight from Miami and a little more than four hours from New York), there’s a whole exotic world left to explore.

Let’s start with Grenada’s postcard views: pocketed bays of deep blue water cradled by volcanic peaks draped in velvety green foliage. St. George’s, the capital, is as pretty as Caribbean ports get—a natural harbor with historic Fort George at its entry and rows of red and orange-roofed buildings tumbling down the hillsides. Just south of town is Grand Anse Beach, Grenada’s tourist beach, which is far from the built-up main beaches of other Caribbean islands. Here, mostly low-rise buildings fringe a two-mile crescent of white sand beach lapped by crystal clear water. For an affordable stay on Grand Anse, head to the beach’s southernmost stretch and book in at the Flamboyant Hotel & Villas, a friendly property with rooms and suites in various sizes and price ranges and balconies that take in the whole sweeping scene (there’s an outdoor pool, restaurant, and onsite dive shop, Dive Grenada, too). 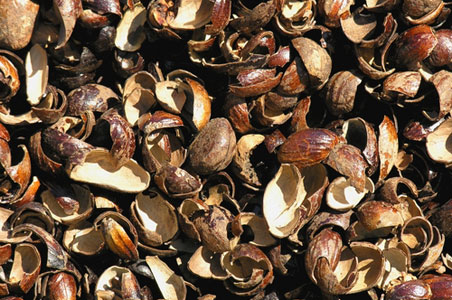 Grenada is known as the Spice Island, and its fertile land is some of the most arable in the Caribbean thanks to the rich volcanic soil. It won’t be long into your visit before you’re offered a welcome libation in the form of a rum punch sprinkled with the freshly ground nutmeg that’s grown here. Along with Indonesia, where the spice hails from, Grenada is one of the world’s largest exporters of nutmeg. Other locally grown things you can try (and in some cases take home, too) are cinnamon, cocoa (try the Grenada Chocolate Company’s organic bars of milk, semi, and dark), ginger, allspice, mangoes, avocadoes, pineapples, and passion fruit. 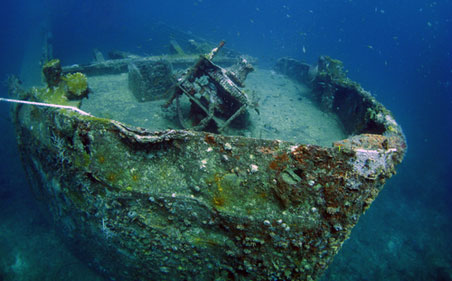 Scuba divers have Grenada on their radar thanks to the excellent wreck diving here, but even if you prefer to stick to the snorkeling side of the things there’s plenty in the way of pretty fish and corals to admire in the island’s marine protected area. For a unique underwater view, the Underwater Sculpture Park in Moliniere Bay was the first of its kind in the world, and developed to divert underwater traffic from other reefs on Grenada that were seeing the effects of too many snorkelers and divers. The project is centered on sunken works by Jason DeCaires Taylor—including his famous Ring of Children art installation—with 105 artworks secured in the sand at depths of between eight feet and 26 feet. The sculpture park has become an artificial reef home to countless species of fish including parrotfish, trumpet fish, schooling snapper, and eels.

Divers make sure they spend at least a few dives on the wreck known as the Titanic of the Caribbean. The 600-foot-long Bianca C, an Italian cruise ship, caught fire and sank in Grenada’s harbor in 1961 and sits upright in about 165 feet of water. You can descend onto the deck to swim inside the massive cruiseliner’s swimming pool, perpetually filled with water these days.

Head inland for a tubing adventure on the Balthazar river with Adventure River Tubing. I thought it was overkill when I was given a helmet for the hour-long trip downstream, but quickly realized river tubing in Grenada delivers offers the chance to shoot the gaps of rushing waterfalls, adding some adrenalin to the float. The tour includes a stop to leap from low cliffs into swimming holes skirting the riverbanks. 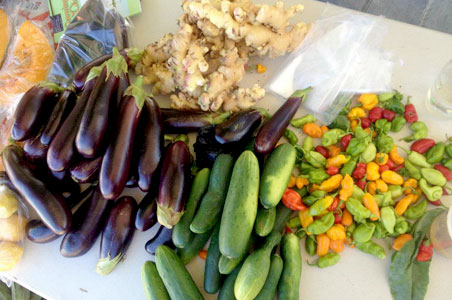 "It’s not uncommon to see the guy who signed your marriage certificate selling vegetables grown on his land at the Saturday market in St. George’s," my guide, Roger, told me, by way of explaining the island’s passion for eating well. Grenadians know good food, and why wouldn’t anyone try their green thumb at growing their own fruits and vegetables in a place this encouraging? The weekly Saturday morning market in St. George’s is the place to restock your spice pantry with powdered ginger, bay leaves, all spice, cloves, turmeric, and mace. And you can see how the island’s nutmeg gets processed at the Gouyave Nutmeg Processing Station, where a dollar gets you an informative tour that shows you how the nuts are dried, separated from their red mace coverings, and pulverized into powder. Grenada’s traditional dish is called Oil Down, and every Grenadian will tell you that the home of a local is the best place to try the mix of breadfruit and salted meat or fish cooked in coconut milk and spices and simmered with callaloo, dumplings, and dasheen leaves.

In St. George’s, hit the Creole Shack on the main waterfront promenade called the Carenage for good Oil Down and get your roti fix (thin wheat flour bread stuffed with curried meat or fish) at B’s Hot Spot, a small snack shop nearby. Another favorite restaurant to try Grenadian foods like callaloo soup, stir-fried rabbit, and cod fish fritters washed down with fresh ginger beer is Patrick’s Local Home Style Cooking (Lagoon Road, St. George’s), which usually has 20 Grenadian dishes you can sample. And for excellent fresh local seafood (try the hog snapper), snag a waterfront table at the Dodgy Dock.

Stay long enough in Grenada, and you’re sure to hear about a local cocktail called Under the Table. Meant to, er, improve the male functioning, the cocktail is made with a local tree bark and most any local bar will be able to whip up a version of the hard stuff. And another top lunch spot involves a bit of a road trip (one hour from St. George’s) to the rugged north end of the island in St. Patrick’s, where you’ll find Belmont Estate. Here, you can watch workers spreading cocoa beans to dry in the sun in the surrounds of a 17th century plantation. Finish a delicious buffet lunch with soursop or nutmeg ice cream made from locally grown fruits.

Rum distilleries aren’t hard to find in the Caribbean, but few can compare with the authentic and artisan feel of the River Antoine Rum Distillery, Grenada’s oldest, which dates to 1785. The distillery is the oldest water wheel-powered rum producer in the Caribbean, and it’s fascinating to watch the steps (and smell the smells) that go into producing one very potent island tipple. Workers heave logs into the wood-fired furnace, push sugar cane through the presser powered by the water wheel, and maneuver enormous wooden tools to stir the bubbling grog. Yes, there’s free tasting at the end. But whether you’re strong enough to stomach this stuff is another question—the overproof version isn’t even permitted back in the US. So raise a glass (a very small one!) to all Grenada’s authentic Caribbean appeal.