News Sorrel Moseley-Williams The New President of Chile Has Chosen a Very Unusual Place to Live
NewsJust Back From: Floyd Bluegrass

Just Back From: Floyd Bluegrass 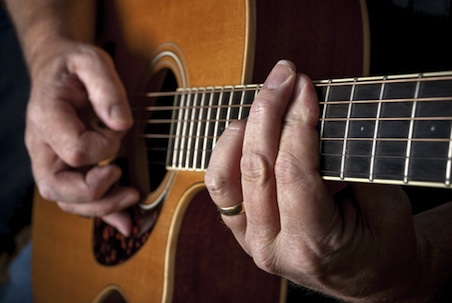 I’m a city girl through and through—between a childhood in Chicago and adult life in New York, it’s safe to say that bluegrass is not exactly in my DNA. But when I heard there was a weekly town-wide bluegrass jam session in the tiny Floyd, VA, I immediately routed my forthcoming road trip to include a stop in the town. Nestled in the foothills of the Blue Ridge Mountains, Floyd has a long history with old-time music, and it’s one of the few places passersby are guaranteed to see it live.

"Old-time" is an umbrella genre, generally developed from folk music and considered the precursor to American country and bluegrass. In Appalachia and around, the musical stylings developed in the 18th century from a mix of Scottish and Irish immigrants, who brought ballads, and African-American slaves, who brought banjos. The bluegrass that eventually evolved from this combination is a raucous affair, with groups of musicians taking turns showcasing the melody on their instrument of choice (banjo, fiddle, mandolin, etc) while the rest of the group accompanies them in the background. The music practically demands dancing. 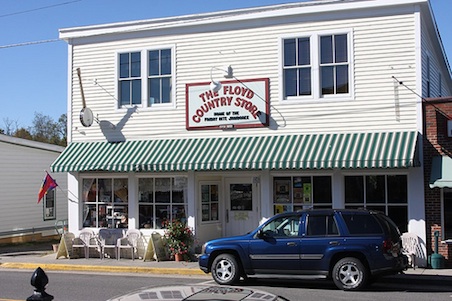 In Floyd, a one-stoplight town along The Crooked Road—a 253-mile trail winding through Virginia’s bluegrass heritage route—bluegrass is far from a historical relic. The town (population: 428) is famous for the Friday Night Jamboree at the Floyd Country Store, a century-old institution that indeed sells staples like overalls and pie tins, alongside hand-dipped ice cream and hard candies. Every week, the Store swells to capacity as local bluegrass bands take to the stage, while a floor full of plaid-clad locals whoop and holler, dancing in foot-stomp-hip-jut synchronicity.

For this city slicker, the scene was such a pleasant surprise. A room full of people, aged eight to eighty, danced in unison with nary a hint of the self-seriousness that’s all too common in New York. Some wore tap shoes, their heels click-clacking across the smooth wood floor. Giddy and goofy, I attempted to cut a rug with the locals, hoping they wouldn’t kick me off the dance floor. I’m not sure I fooled anyone with my off-rhythm clomping, but they didn’t seem to mind. It was the most wholesome night out I’ve had in a long time—there’s no drinking, smoking, or swearing in the place, so this is truly a family-friendly activity.

The Country Store isn’t the only place in Floyd to catch bluegrass in action—in fact, it’s nearly impossible to avoid the roving bands of musicians lining Main Street on Friday nights, with a rotating crew of multi-generational players (I spied a barefoot grade-schooler picking a mean mandolin in tune with men six times his age). Bluegrass is in the blood around these parts, the tradition alive and well.

Where to Stay: Little River Bed & Breakfast—a sweet little bed-and-breakfast off a rural back road next to, unsurprisingly, a burbling river. Rooms are simple and clean, with ultra-comfortable, densely blanketed beds. Stick around in the morning for owner Andrea’s homemade breakfast quesadillas.

Where to Eat: The Pine Tavern—a historic lodge and restaurant, serving family-style fried chicken, country ham, Southern sides, biscuits, and blackberry cobbler at the hands of a practiced waitstaff that’s as sweet as pie.