News Apeksha Bhateja A Volcano Eruption Taught Me Something Unexpected About Travel
Home  >  News   >   Joy Rides: Cop a Thrill at A Theme Park Near You

Joy Rides: Cop a Thrill at A Theme Park Near You 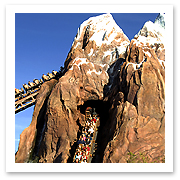 Summer is almost upon us, which means it’s time for you and the family to sit down and figure out which amusement park you want to visit before Labor Day. There are plenty of ways to get spun, catapulted, shaken, dropped, and generally thrilled to death. Here are a few of our favorite parks, and the rides and shows we like most at each one.

Walt Disney World (Orlando). We love this place, especially the roller coaster ride Expedition Everest (Animal Kingdom). Billed as a “runaway train through the Himalayan Mountains,” the coaster includes an 80-foot drop, a menacing special-effects yeti, and about a mile of twists, turns, and drops. (photo, right)

Universal Orlando (Orlando, Fl.). Film buffs get a kick out of Universal 360 (Universal Studios), in which 14-minute clips from popular films, including Back to the Future, are beamed onto building facades. The whole shebang is accompanied by music and wiz-bang effects. Shows take place nightly at dusk at the Universal Lagoon near Mel’s Diner.

If you’re looking for a ride that doesn’t jangle your nerves, check out the Seuss Trolley Train Ride (Islands of Adventure), which offers a bird’s-eye-view of the good doctor’s land. (Sounds like the mysterious overhead railway in Seussland finally has a purpose!) 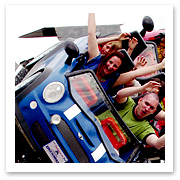 Paramount’s Kings Dominion (Virginia). Last year’s big addition, the Italian Job Turbo Coaster, is a true thrill ride, complete with a car chase in Mini Cooper style cars. The Anaconda and the Berserker are two of the best coasters on the Atlantic coast. (photo, right) The big news at KD this summer is that the Waterworks attraction is undergoing an expansion — see it when it opens May 26, 2007.

Six Flags Great Adventure (Jackson, NJ). The Bugs Bunny National Park gives little kids (and jittery big kids for whom the big thrills are too thrilling) a place to call their own. The Plaza del Carnaval themed area features a restaurant and an open-air marketplace. The big ride here, El Toro, is designed to bring back the thrills of the old wooden roller coasters, only at 188 feet tall and capable of speeds of up to 70 miles per hour, it’s a lot more terrifying than yesteryear’s coasters.

Paramount’s Great America (Santa Clara, CA). Survivor: The Ride looks like a tilt-a-whirl but is billed as a spinning coaster. It takes its inspiration from the TV show, immunity challenges and all. 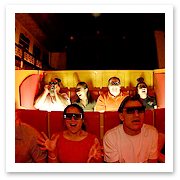 Cedar Point (Sandusky, Ohio). The powers-that-be went all out with last year’s new ride, Skyhawk. Mounted on a tower more than 100 feet in the air, this enormous new swing-ride sways riders back and forth on a wide arc generated by 84-foot arms. New this summer is Maverick, a two-and-a-half-minute-long ride with a 105-foot drop and a top speed of 70 miles per hour.

Dollywood (Pigeon Forge, TN). Among other things, this park has the amazing Timber Canyon, which spins you around in the air tilt-a-whirl style while the entire ride arm rocks dramatically from side to side. Summer 2007 brings the newest ride, Mystery Mine, a ride through a haunted coal mine with a creepy past. 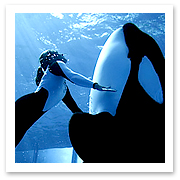 SeaWorld Orlando. Believe, a choreographed orca ballet set to original music, is one of the most original things in the park. If it’s a real thrill you’re after, though, hop aboard the Shamu Express, located in Shamu’s Happy Harbor Play area — it’s a terrific, “kid-friendly” roller coaster. (photo, right)

New this summer at Sea World is Elmo and the Bookaneers, a kiddie adventure based on Sesame Street involving singing and dancing, original music, and swashbuckling pirate adventure.