News Ronny Maye Should You Cancel Your Vacation to an Area Impacted by a Natural Disaster?
NewsJetSuite Expands to the East Coast

JetSuite Expands to the East Coast 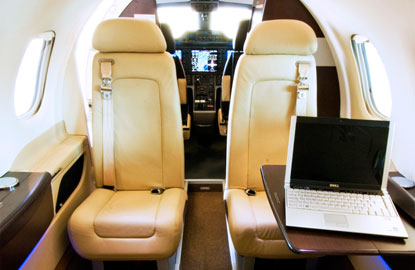 When JetSuite debuted in 2009 with its west coast routes, the airline proved that private planes are not just for billionaires anymore. Now east coasters can commandeer the affordable 4-seat jets to fly to hundreds of airports within 3 hours travel, including NYC, Boston, Burlington, Jacksonville, DC, Toronto, Chicago, and Martha’s Vineyard. Introductory fares average $3000 for the entire plane—so at $750 per person, it’s definitely more affordable than your usual $6000 an hour private flight. Better yet, JetSuite is now running "Suite Deals" on both coasts with next-day flights as low as $499 for the entire plane. Announced daily on Facebook and Twitter, be the first to comment and the entire plane is yours.

How does the "populist private jet" keep fares so comparatively low? Their brand new Embraer Phenom 100 planes are the most fuel-efficient in its class, according to JetSuite CEO Alex Wilcox (who has some experience with launching new airlines—he was a founder of JetBlue). But nothing else about the planes feels discount at all—the roomy, BMW-designed interiors feature cushy, leather chairs; expandable work tables; stocked snack and refreshment pantry; and XM radio with noise-canceling headsets.

JetSuite is celebrating the expansion with special introductory rates through October. Otherwise, flexible booking with guaranteed prices is also available on JetSuite.com.