News Apeksha Bhateja Europe's Airports Are Chaos This Summer. And Now There's Another Problem
Home  >  News   >   JetBlue to Offer New Fresh Food and Beer On Board

JetBlue to Offer New Fresh Food and Beer On Board 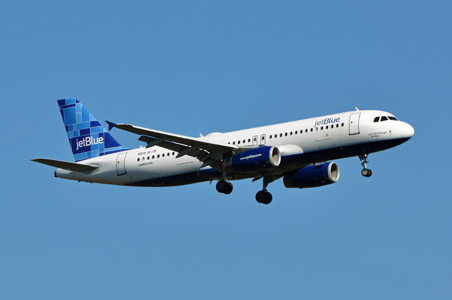 JetBlue customers have a couple significant upgrades to the in-flight menu coming at them this summer, changes which should make flying with them a more pleasant experience. Over the next two months customers on three of the airline’s routes will have the opportunity to order fresh meal options rather than the current snack boxes or complimentary snacks. And, for those so inclined, those new meals can once again be washed down with an ice cold Sam Adams beer as those have returned to the catering cart as well.

The new fresh food option for meals has been rumored for some time as an expansion to the snack box options JetBlue has had for sale since mid-2010. Those rumors were confirmed this week, thanks to an internal email sent to in-flight crew members formally announcing the new meal offerings. The email explains the timeline for the trial program—July 16 to September 15—and the routes it will cover. The new menu will appear on flights between JetBlue’s JFK hub and three California destinations: Long Beach, Los Angeles, and San Francisco. There will be separate menus for breakfast versus lunch/dinner flights, though details on pricing for specific entrée choices have not yet been released. Additional information in those areas is expected in the coming days.

Expanding on the details offered in the internal announcement, a JetBlue spokeswoman explained the limited trial as an opportunity to ensure both that the "provisioning group is capable of keeping up with the diversity of the network" and also that JetBlue can "provide a quality product to customers at a price point which is meaningful to them." With this offering, as with most of theirs, JetBlue wants to be different from the other airlines, offering "something that customers will really enjoy, not just regular airplane food."

Customers ordering those fresh meals, or anything else on board, will also once again have the opportunity to pair their food with a beer from Sam Adams. JetBlue had previously offered bottled beer from the Boston-based brewery on-board but pulled it last year due to the increased weight and fragile nature of the bottles. The brewery has finally introduced the "Sam Can," a custom-designed can for their beers, so now JetBlue gets to serve them once again.

Any improvement in airline offerings for passengers is good news. These are two notable upgrades from one airline in the same day. That’s great for the in-flight passenger experience on JetBlue.