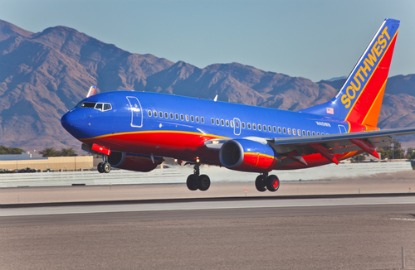 After JetBlue Airways increased the base fares of its tickets earlier this week, several other carriers followed suit, raising prices by $10 a ticket. JetBlue started the wave of fare hikes by implementing the $5 boost each way across many of their national routes of medium length, over 500 miles, or longer. Southwest Airlines was next to follow on Wednesday, extending nationwide an earlier raise limited to Florida, Las Vegas, and Phoenix. Denver was the only route spared by Southwest, though it was later targeted by other airlines. By Thursday, United, Delta, American and US Airways had matched the increases, ensuring the $10 hit would be felt in wallets across the country.

USA Today indicates that nine fare raises occurred in 2011 out of an attempted 22, while The Washington Post puts the number closer to a dozen.

Airlines have pointed to the high cost of jet fuel as a primary reason for the increase. As The Washington Post reported, jet fuel accounts for nearly one-third of an airline’s costs, and airlines have been feeling the pain as crude oil prices have risen.

How long will the traveling public stand for the increasing cost of flight? Weigh in with your opinion in the comments section below.