Beaches Kaila Yu Do You Enjoy Visiting Hawaii? You Should Pay a Fee
Home  >  News   >   JetBlue and Hawaiian Airlines Partner on Non-Stop Flights to Honolulu from NYC 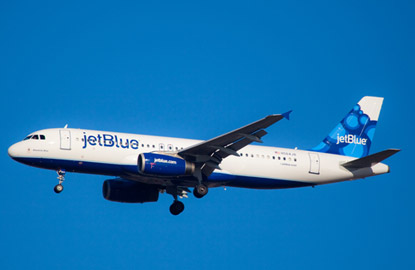 JetBlue Airways and Hawaiian Airlines also just announced an expansion of the partnership they introduced in January, which will benefit members of both airlines’ frequent flyer programs and make it easier to visit Hawaii from the East Coast.

To earn points or miles on your next flight to Hawaii, call JetBlue or Hawaiian Airlines reservations and register your TrueBlue or HawaiianMiles number prior to travel.

Travelers can also find convenient connections between points throughout the East Coast and points throughout Hawaii with the signing of a new codeshare agreement that provides one-stop check-in and seamless flight connections. Effective May 30, Hawaiian placed its HA code on a host of connecting JetBlue flights, making it easy to find the most convenient connections. Customers can book their codeshare connecting travel online at HawaiianAirlines.com, third party travel sites, or by calling Hawaiian Airlines or travel agents.

JetBlue and Hawaiian airlines announced their partnership in January, allowing customers to book a single combined ticket for connecting Hawaiian and JetBlue-operated flights, and benefits that include one-stop check-in and baggage transfer between JFK and Los Angeles International Airport (LAX), where Hawaiian offers multiple daily departures to Hawaii.