It is a truth universally acknowledged, opens Jane Austen’s oft-quoted Pride and Prejudice. Sure, the iconic lines go on to point out every rich suitor’s desire for a suitable bride, but we know she laid some other pretty wise truths on us in the course of that tome—including the importance of travel for a well-rounded story. Published 200 years ago this week, Austen’s flagship novel is just one of several beloved stories that take readers across England in pursuit of love, freedom, and a husband with "five thousand a year." 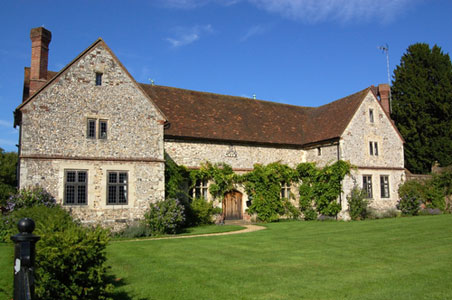 In celebration of the anniversary of Lizzie and Darcy’s love match, Austen romantics can flock to important sites from the books and from the author’s own life. A trip to Austen’s home in Chawton—where she wrote Emma, Persuasion, and Mansfield Park, and revised Sense and Sensibility, Northanger Abbey, and Pride and Prejudice—might inspire longtime fans to reread their favorites with a brand new perspective. The simple home, now a museum, offers readings and events throughout the year, as well as a glimpse at early editions of the featured novel.

If you feel a spell of fatigue coming on (like Northanger Abbey’s imaginative heroine, Catherine Morland), retire to Bath for this year’s Jane Austen Festival, taking place in the storied city from September 13th to 21st. The historic center of relaxation and rehabilitation will open to scores of Austen enthusiasts for nine days of events, beginning with a costumed promenade through the city center. If you can’t make it in the fall, the Jane Austen Centre in Bath will also host a Regency costume ball on June 22nd, as well as tours throughout the year. 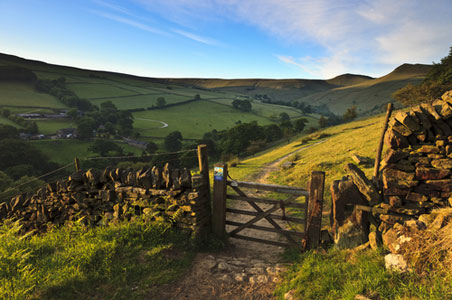 For a bit of countryside to accompany your curiosity, you can trek across Derbyshire in search of adventure. The district’s website lists every site used in film adaptations of Austen’s novels, as well as attractions and popular walks. "Oh, what are men compared to rocks and mountains?" ponders Elizabeth Bennet in Pride and Prejudice. When it comes to the Peak district, we agree, Elizabeth. We agree.

Those of us not lucky enough to be in the literary giant’s homeland anytime soon can still enjoy the momentous year. Check out this complete calendar of Austen-themed events happening around the world in 2013. Whether your Darcy is the white-shirted Colin Firth, the brooding Matthew Macfadyen, or brand-new YouTube adaptation The Lizzie Bennet Diaries‘ William Darcy, you’ll want to be a part of the year-long celebration of Jane.