News Robin Catalano Horses Run Wild on This Puerto Rican Island⁠—but for How Much Longer?
NewsIs Travel in Mexico Safe?

Is Travel in Mexico Safe? 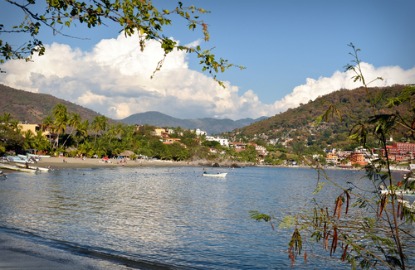 Last week, just before Spring Break season kicked off, the US Department of State Bureau of Consular Affairs issued an updated warning for US travelers in Mexico. The department’s primary concern is with the activity of transnational criminal organizations, whose clashes with Mexican authorities and each other have caused a surge in violence in certain areas of the country. While the report indicated that there has been no evidence of travelers being targeted by nationality, the statistics themselves were troubling: the number of US citizens reported as murdered in Mexico had more than tripled in the past four years, resulting in 120 deaths in 2011.

US authorities issued state-by-state warnings in their report, but general caution was recommended throughout Mexico due to the increased number of kidnappings and disappearances of both locals and expats. Tourists were advised to avoid displaying money or other signs of wealth; to travel only during the day; to stick to main roads; and to abide by all checkpoints on roads and highways, regardless of whether the operators appear to be Mexican authority figures or not.

The full list of cities and states and their accompanying warning is available at the Bureau of Consular Affairs website. Notably, the state of Quintana Roo, including Spring Break hotspots Cancun, Cozumel, Playa del Carmen, Riviera Maya, and Tulum, was not listed under the advisory. Additionally, the popular southern destination of Puerto Vallarta has issued its own response to the US report in a press release, stating that "Puerto Vallarta continues to be one of the safest destinations for international travelers." They noted that 1,200 miles separate Puerto Vallarta from the US-Mexico border, where much of the violence has been concentrated.

Some members of the Fodor’s Community have weighed in on the Mexico safety issue, but for the most part, have voiced little concern about vacationing in the area.

Community member TC says of Quintana Roo, "So…..the weather is beautiful and we are all safe and sound. Hope this helps alleviate a few worries."

Member emd3 adds, "The hard working Mexican people around here NEED and deserve the tourism business that this wonderful country can offer them."

In fact, most of the chatter from the Fodors.com Community right now seems to be focused on planning last-minute details for vacations on the Mexican beaches. Ultimately, the decision to make or alter one’s travel plans based on tourist warnings is an individual choice, and must be made weighing the dangers against the benefits of the travel experience. Most importantly, travelers should keep abreast of any and all information provided by state departments and tourism boards prior to and during travel.