News Christina Mueller Yes, You Can Visit Los Angeles Without a Car. Here's How to Use the L.A. Metro Subway System
NewsInternational Traveler of Mystery: Istanbul

Your mission, should you choose to accept it: Go undercover with us to a series of exotic, daring locales worthy of the most stylish, seductive agents on the globe. 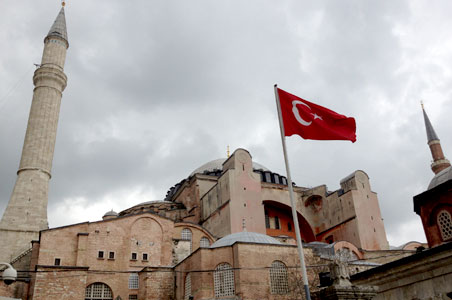 Istanbul—the only city in the world that managed to seduce two continents—is an ideal rendezvous point for travelers who enjoy playing both sides. With a vibrant, young population complementing a rich Byzantine and Ottoman heritage, the city unfurls itself as the crossroads between Europe and Asia, Christianity and Islam, determined modernity and historic eminence. For centurie—whether as the end of the Silk Road or the beginning of the Orient Express—this City on the Seven Hills has enchanted wanderers from afar. Now it’s your turn… 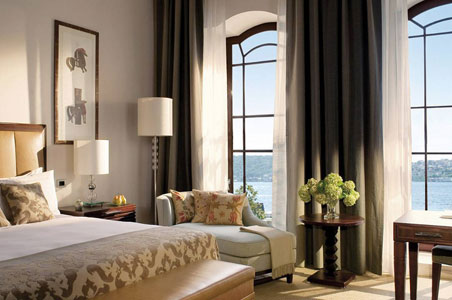 Hide out in either of the city’s captivating Four Seasons—one a former palace, the other a former prison. The posh Bosphorus location offers lush views of the rolling river dividing Europe and Asia, while the Sultanahmet’s Ottoman charm and opulent bathrooms are nestled steps from many must-see sites. For a modern under-cover experience, check into the chic, just-opened Marti Istanbul Hotel, whose grand suites offer the ultimate indulgence of their own private Hammams, or Turkish-style baths. 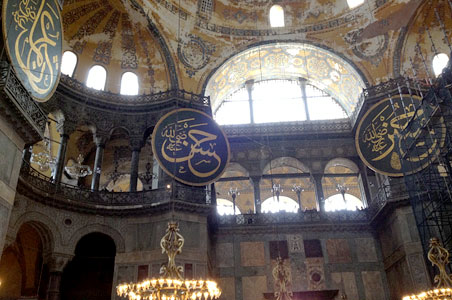 First secure the Sultanahmet neighborhood by investigating the many world treasures within its perimeter. Begin at the looming Sultanahmet Mosque, or Blue Mosque, famed for its audacious six minarets and the azure hue of its 20,000 elaborate Iznik tiles. Stroll down the Hippodrome promenade (where sultans once oversaw furious chariot races) to the other commanding structure on the horizon, the Hagia Sophia. Once a church, then a mosque, now a museum, its massive domes and gold mosaic religious depictions (not to mention Viking graffiti carved into its marble railings) embody the city’s ever-evolving history.

Next, devote an afternoon to the sprawling Topkapi Palace. Inside its stunning, tulip-draped grounds and exquisite Harem tile work lie the treasures of Istanbul’s 36 Ottoman sultans (such as the fifth-largest diamond in the world) and important religious relics (including the hair and tooth of the Prophet Mohammed, as well as the staff of Moses—all on display). Lunch like royalty at the palace’s Konyali Restaurant, or try a humble-but-flavorful bite at the Sultanahmet Koftecisi Cafe meatball shop. 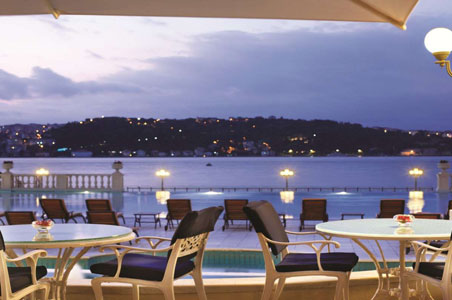 Continue your surveillance with an underground tour of the haunting Basilica Cistern, where the Bond flick "To Russia With Love" was filmed. Finish with an elegant dinner (think modern but deliciously authentic Ottoman cuisine) overlooking the Bosphorus at Tugra restaurant in the Ciragan Palace Kempinski Istanbul hotel. (Keep an eye on the hotel’s private helipad for landings from the hotel’s high-profile guests, like Emirati sheiks…and Madonna.) Or book a table at Ulus 29 for another luxe see-and-be-seen experience.

For a taste of the new Istanbul, train your sights on the Istanbul Modern art museum; taste-test the wonderfully fresh and inventive fare at the Istanbul Culinary Institute; watch a whirling dervish demonstration at the Galata Mevlevihanesi; and wander the many avant-garde art galleries in the Misir Apartments, near the vertiginous Galata Tower. 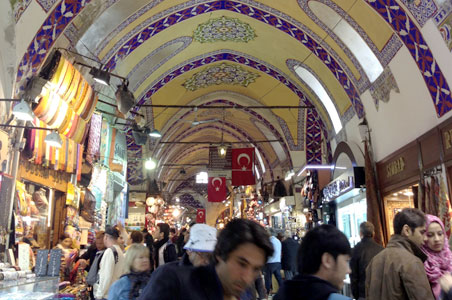 No trip to Turkey would be complete without an evidence-gathering mission at the enormous Grand Bazaar and more manageable Spice Market. Pick up trinkets like bowls, lamps, tea-sets, spice grinders, and pillow covers, or bring home stashes of Turkish Delight and spices (just be sure they’re vacuum sealed to slip past customs without trouble). A bit of bargaining is expected—aim to pay at least 20 percent less than the first price offered.

For serious collectible ceramics—and a complimentary lesson behind the pottery wheel—drop by FIRCA. While designer shopping is abundant in the upscale Nisantasi district street, the "hipster" ‘hoods of Cihangir and Cukurcuma offers trendy vintage boutiques, book shops and cafes.

Attire ranges from burkas to Prada, with plenty of jeans and tees in between, but ladies must cover their heads and arms inside mosques and natty dressing is expected at upscale boîtes.

Contacts on the Ground

Most signs and exhibits offer English translations beside Turkish explanations, but English is not as widely spoken as in some European centers. Basic communication shouldn’t be an issue, but a guide can be an immense assist to those making a quick mission.

This message will self-destruct…

Good luck, good travels, and keep scanning the blog for clues to your next assignment!