Insider’s Guide to the New Singapore

I came for the cruise, but I stayed for the tourism craze. An avid cruiser, Singapore first registered on my travel radar for its shiny new cruise terminal (the $350 million Marina Bay Cruise Center debuted in May, and expects to receive 1.3 million cruise passengers in 2013) and the enticing regional cruise options running to and fro the city-state (I myself was booked on an Indonesian sampler sailing on Seabourn). What I’d do once I got there was very much an afterthought, and I had initially figured that until I was aboard my ship, I’d be rather bored in port. Still, I set aside a few days to poke around in this Asian hub for commerce, aviation, and more recently, cruising, while waiting to set sail, and, boy, did this dynamic, modern metropolis deliver—shooting Singapore straight to the top of my list of must-see Asian cities.

In the throes of a tourism boom, billions of invested dollars have turned out a wave of buzz-worthy tourism developments. New visitors will be wowed by the city’s futuristic vibes, while repeat visitors who haven’t been back in a few years, will find it hard to even recognize the reinvented city. Ultramodern high-rise building have transformed the cityscape, exciting new attractions have cropped up around the redeveloped downtown marina district, creative concept and celebrity chef restaurants have added on to Singapore’s legendary street food scene, and a bevy of trendsetting hotels have open their doors for stylish stays. 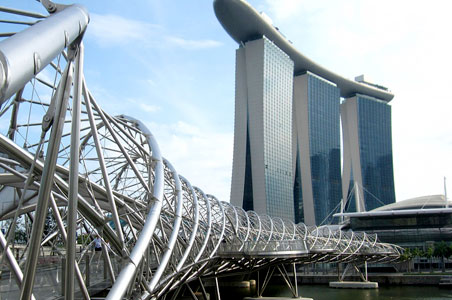 The innovative Gardens by the Bay, dubbed the "Central Park of Asia," has reinvented the city’s Marina Bay waterfront district on some 250 acres of prime coastal real estate. The lushly landscaped park debuted in June, and comes pocked by towering "Supertrees" adjoined by aerial walkways (a stroll here will practically transport you to Avatar‘s Pandora), and a duo of giant conservatories—the "Cloud Forest," with its refreshing indoor waterfall and floating pathways, and the Mediterranean-inspired "Flower Dome"—all set in the midst of tropical Singapore.

The two-year-old Resorts World Sentosa complex, meanwhile, which rolled out Universal Studios Singapore in May 2011, has just debuted the world’s largest aquarium at its Marine Life Park in December. More than 100,000 marine animals, including hammerhead sharks and manta rays, can be seen at the park’s S.E.A. Aquarium; combine a visit here with the adjoining Adventure Cove Waterpark, with its six waterslides, lazy river, wave pool, and artificial reef rife with tropical fish, primed for snorkeling.

Finally, looking ahead, River Safari will open this year near the Singapore Zoo as Asia’s first river-themed animal park, highlighting displays of freshwater habitats from around the globe and fun boat rides for park exploration. 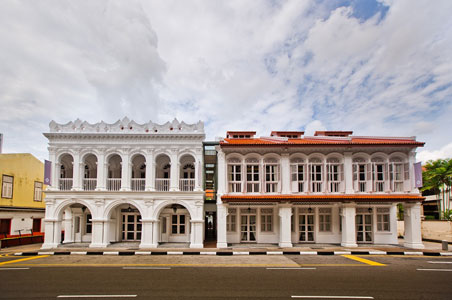 Fresh on the heels of the headline-making 2010 debuts of the $5.7 billion Marina Bay Sands resort and the $4.5 billion Resorts World Sentosa, the most heralded recent newcomers include the W Sentosa Cove, which opened its doors in September. The brand’s first Singapore property is located on an exclusive island resort area, with 240 plush guestrooms, beach bars and trendy eateries, and a fully equipped gym, spa, and outdoor pool. Another major opening, the 367-room PARKROYAL on Pickering will open its doors in mid-January near the Central Business District and Chinatown, with a hotel-in-a-garden concept oozing ecofriendly features like lofty "skygardens," rainwater harvesting, and solar paneling.

New boutique properties continue to crop up—I stayed at the stylish, 64-room The Sultan, which opened in October 2011. Set in the historic and trendy Kampong Glam quarter, the property has served to restore the classic architectural beauty of two rows of stately historic shophouses, offering guests a glimpse of Singapore of yore, with guestrooms accented by hand-carved furnishings and skylights. 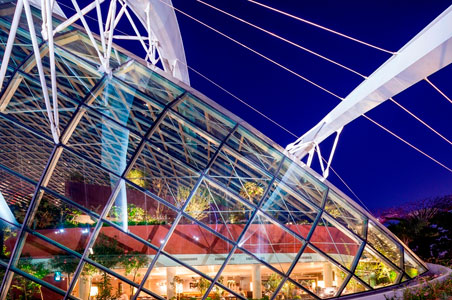 Singapore is hallowed ground for food fanatics, and those who show up for the city’s legendary street food scene, will find, as well, a slew of new restaurants ripe for biting into. Celebrity chefs have descended on the city in droves (Daniel Boulud, Mario Batali, and Joel Robuchon are a few of the new kids on the block), and concept restaurants are all the rage.

Of the long list of newcomers, try Immigrants Gastrobar, showcasing 20 multicultural culinary heritage dishes—inspired by Malay, Indian, Chinese, and Eurasian influences—that are a nod to Singapore’s immigrant past. For flavorful contemporary Spanish dishes, look to Catalunya, which opened in August at The Fullerton Hotel, and is set in a glass-enclosed dome atop the waters of Marina Bay. My favorite find was the splurge-worthy, Mediterranean-influenced Pollen, a two-level eatery which debuted in June inside the Flower Dome, one of the giant plant conservatories at the new Gardens by the Bay (where the restaurant chefs also grow their own herbs)—trust me, the heavenly creations served up at the dessert bar here are reason enough to plan a trip back for even more Singapore.