News Tina Charisma 'Regenerative Travel' Is the New Buzz Phrase, but What Does It Mean?
Home  >  News   >   Insider’s Guide to Cartagena

Few Caribbean cities can match the history, vivaciousness, and cultural offerings of Colombia’s Cartagena de las Indias, known simply as Cartagena. During Spanish rule, the port city was a wealthy and bustling epicenter and money was poured into building up and protecting the city. Today the Spaniards’ constructions, particularly the fortresses and walled city, now functioning as the historic city center, constitute a UNESCO World Heritage Site. The city balances the old and the new, with its colonial downtown and, opposite the bay, flashy new constructions of the Bocagrande. With safety concerns within Colombia’s metropolitan centers at a low, now’s the time to discover the highlights of this beachy city. (Note: The US government warns strongly against traveling into rural areas of Colombia and to remain cautious in cities, as of October 2012, though they note no specific threats against US citizens in the country.) 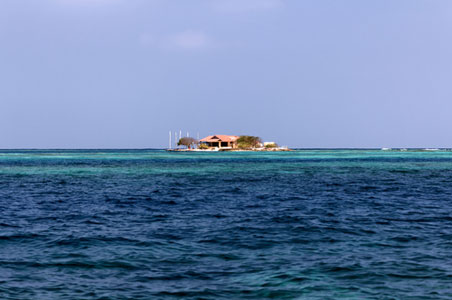 Head to the Beach

While Cartagena has miles of coastline right within town, each morning a fleet of boats departs from the bay taking groups of sun seekers to nearby coastal islands. On the tranquil Playa Blanca on Barú island the water is warm, clear, and has bright hues of blue and green gemstones. It gets bonus points for having fewer vendors along the beach than those within Cartagena city limits. Looking to do more than just lie on a beach? Spend half your day at Islas de Rosario, for dolphin sightings and an aquarium visit, and the other half basking in the sun on Playa Blanca.

Don’t Miss: All operators more or less offer the same day-long jaunt to the islands, as well as optional lunch. Pay the full price to take the lunch, not just because food options are limited on the islands, but also because it means a full plate of fresh, authentic Colombian food. 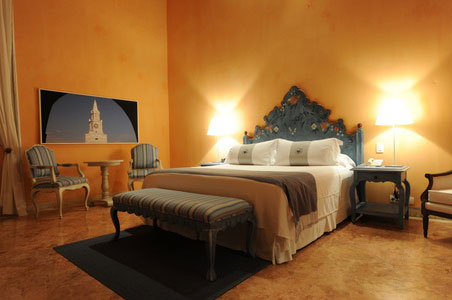 Sleep Within the Walls

Inside the city walls in the town’s center sits one of the most impressive buildings in Cartagena. A convent built in 1621, it has been converted and renovated over the last few centuries and it now operates as the luxury hotel Charleston Santa Clara Cartagena. The structure, painted in Caribbean hues of burnt orange and yellows, has more than 100 rooms and suites and offers guest sweeping views of the city and sea beyond.

Don’t Miss: Perched on the colonial wall steps away from the hotel and overlooking the water is Cafe del Mar, the picture-perfect setting to catch the sunset with a cocktail. 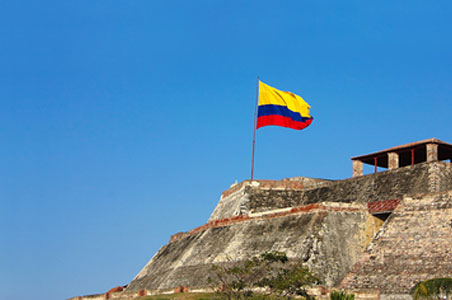 Scope Out Some Colonial History

Cartagena’s colonial history is still very present, particularly downtown and in the Getsemaní neighborhood. Castillo San Felipe de Barajas atop San Lázaro hill is the crown jewel of the city’s network of colonial walls. The fortress was erected in the 1600s for the Spanish shipping out gold to defend against pirates and today is open to tourists.

Don’t Miss: For those looking to learn more about the darker side of Cartagena’s history, the Palacio de la Inquisicion, or Spanish Inquisition Palace, is where many were tried as well as tortured during the Spanish Inquisition. It now operates as museum. 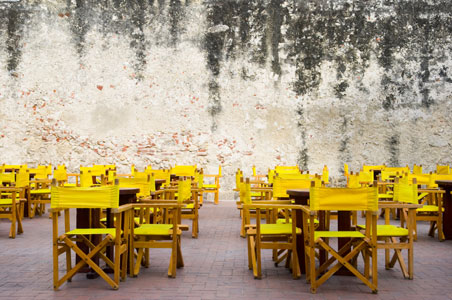 In coastal Cartagena, fresh fish dishes (like ceviche) figure prominently on most menus. The food is often light (to help combat sweltering temperatures) with bold Caribbean flavors. Porton de San Sebastian (Centro Calle 2 Santo Domingo #3-63), with its exposed brick, arched entryways, courtyard seating, and soft white walls is one of the most romantic spots in the city. Donde Socorro (Cl 25 8 B-34 Calle Larga) in Getsemaní is pricier than Cartagena’s average eateries, but it’s considered one of the best restaurants in the city, serving mouthwatering (and generous) seafood dishes in a relaxed atmosphere.

Don’t Miss: If you want a quick bite to tide you over before the late dinner hour—most people start heading out to eat around 8 pm—stop at a local bakery or trustworthy-looking food cart to taste the Colombian coastal version of the arepa, which is palm-sized and made with yellow corn dough, then deep fried with an egg inside.

Salsa the Night Away

Salsa is the sound and dance of Colombia and in Cartagena it is how everyone whiles away the nighttime hours. Cafe Havanna is the hottest spot in town starting on Thursday nights and through the weekend. A live band on stage keeps the couples dancing, and though the place has a classic dance hall feel, people of all ages queue outside to enter and crowd the floor.

Don’t Miss: For a somewhat less active night, Donde Fidel, situated off the main plaza within the walled city center, is a laid-back bar with rows of tables outside and a few inside. Sip a cold beer, people watch, and chat over salsa music that plays across the plaza. 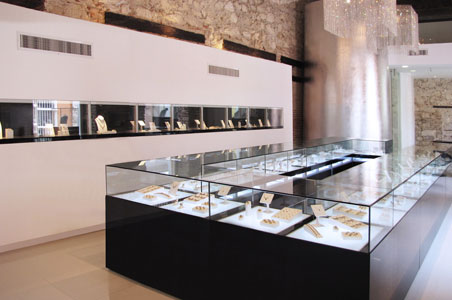 Shop for Stones and Suits

Colombia is known for precious goods, and notably emeralds. Jewelry workshops and manufacturers run storefronts and showrooms throughout the city and sell both unpolished and polished emeralds. Lucy Jewelry in particular is a reputable, popular option for jewel buying. Wherever you buy, be sure to ask to see a certificate of authenticity.

Don’t Miss: This is a beach city, so once you tire of perusing the cuts and colors of beautiful stone after beautiful stone but still want to shop, check out the many beach and swimwear boutiques in the city. Bettina Spitz is a go-to for bright, colorful bikinis that fill Colombia’s beaches.