Hotels & Lodging Amy Fallon Quiet Hours, Curfews, and *Chores*? Why the Tide May Be Turning Against Airbnb
NewsInsider’s Guide to Brooklyn: Greenpoint and Williamsburg

Welcome to the second installment of our insider’s guide to Brooklyn’s best neighborhoods, where the sidewalks are less crowded, the restaurants set global food trends, and the nightlife spills into blissfully shaded gardens. This week, we deliver our favorite haunts in Greenpoint and Williamsburg, the borough’s hands-down hippest hoods. 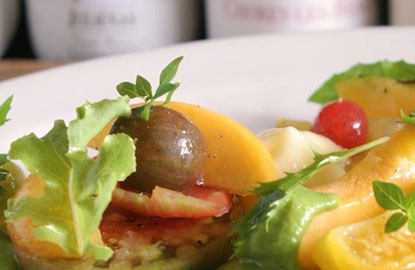 Food: You can literally taste Greenpoint’s Polish heritage at Lomzynianka, a nine-table BYO spot where the décor is casual (think plastic flowers and tablecloths) and the traditional dishes (like beef goulash) are superb. If travel by tongue isn’t your thing, snag a seat in the backyard of Anella and order roasted beet salad, chicken liver mousse, or bucatini with little neck clams. Finally, don’t miss inventive wood-fired pizzas like the "Hellboy"—made with Italian tomatoes, Berkshire sopressata, and honey—at the surprisingly romantic Paulie Gee’s. 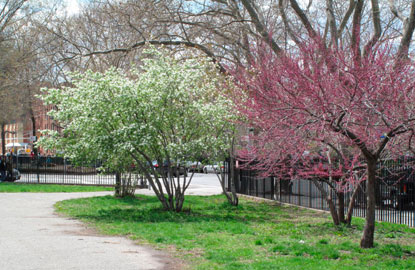 Sights: Greenpoint and Williamsburg share McCarren Park, a 35-acre daytime playground for grownups, with its own soccer field and tennis and handball courts that has just reopened its infamous pool for the summer. A very different experience can be had at the Newtown Creek Nature Walk, which is more industrial than green and affords intentional glimpses of a water treatment plant. 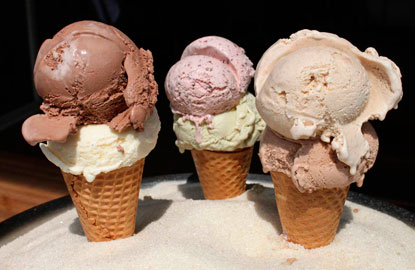 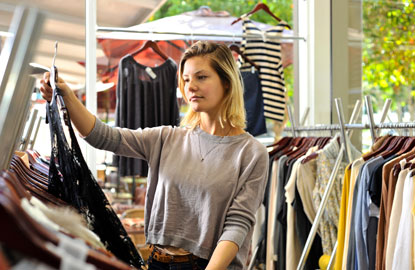 Shops: It’s more spread out than New Yorkers are used to, but the shopping in Greenpoint is arguably more rewarding for that very reason. (Let’s admit it: Everyone in this city loves to hate working for "it," whether "it" is a date or a dress.) Vintage frocks from designers like Yves Saint Lauren hang from the racks at Fox & Fawn; Alter and Alter 140 cater to men and women, respectively, with au courant asymmetrical tees and jackets. Bookworms will find happiness between the shelves at Word, while the basement of the Thing (1001 Manhattan Ave.) is record heaven for musicians and their groupies. 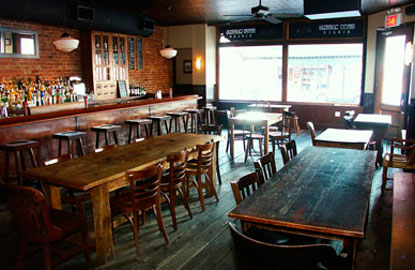 Sips: Thanks to its fireplace, booths shielded by saloon-style doors, and serious cocktails, the Black Rabbit nails the from-another-era formula. The nearby Pencil Factory actually is—almost. Set across the street from its namesake, the bar was actually a watering hole for longshoremen; not surprisingly then, it serves a solid selection of scotch and beer. 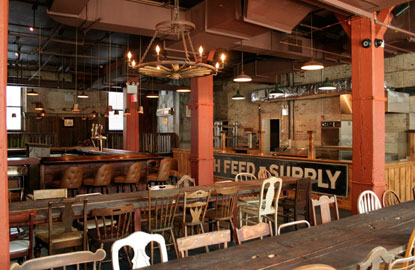 Food: Williamsburg has nearly as many restaurants as it does hipsters, but thankfully, the standouts do just that. Barbecue is a bit of an obsession here, and platters of smoky, finger-lickin’ pork ribs are slapped onto reclaimed or checkered tabletops at two competing eateries: Mable’s Smokehouse and Fette Sau. And dried chicken devotees swear by Pies-n-Thighs. Bold but healthy, seasonal fare, like beefheart with a sunny-side egg and country bread slathered in marrow butter (there are lots of salads, too), is on offer at the new Wythe Hotel’s cavernous Reynards. Locals will argue that DuMont Burger is the best burger in town, and after inhaling one you’ll agree. If you want to really mix with the locals and try an unforgettably good fish taco in the process, stop by the corner of Bedford Ave. and N. 3rd, and keep your fingers crossed that the Endless Summer Taco Truck is there.

Then, three Manhattan staples have opened up shop on the Brooklyn side. They’re worthy eateries on their own, but it is an added bonus that the wait times are significantly less than their city counterparts. Café Mogador, La Esquina, and The Meatball Shop all give Brooklynites fewer and fewer reasons to venture back into the city. 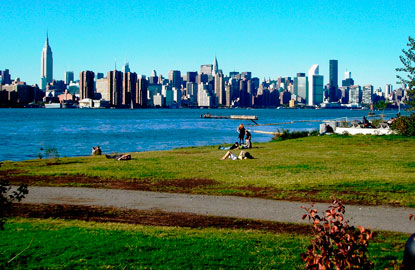 Sights: Hit up McCarren Park or head to the waterfront East River State Park. The seven-acre expanse is a little more uptight when it comes to booze, but is great for family picnics looking out on the river. On Saturdays, the park is home to Smorgasburg, a weekly food-flea market with heaps of local food vendors. Too hot to hang? Bask in the air-conditioning—and the gourmet food and drink service—at Nitehawk Cinema, or sip the house-made wines on tap (you can even make your own!) at the Brooklyn Winery. 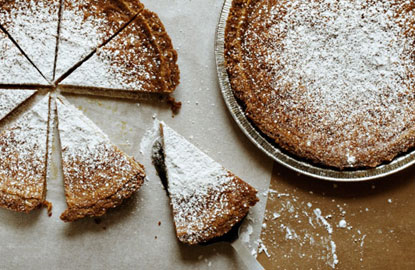 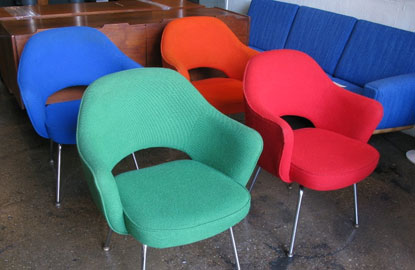 Shops: Fuel up with a New Orleans-style iced coffee at Blue Bottle Coffee, then spend an hour—or two or three—weaving in and out of the neighborhood’s many shops. Grand Street Bakery (602 Grand St.) is not a bakery at all, but a treasure trove of vintage duds; Alter carries a more modern inventory; and Catbird is a charming closet-sized shop selling chic, unique jewelry. Design stores abound. Check out Two Jakes, A&G Merch, and Open Air Modern. Kitchen tool addicts (avocado pitter-owners, that means you) will love Whisk, while cheese-lovers should look no further than Bedford Cheese Shop. 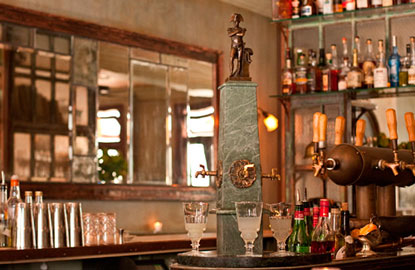 Sips: There are lots of joints that serve PBR here. But you should order an obscure cocktail from one of the experts behind the long wooden bar at Dram or sidle up to the absinth fountain—yes, the absinth fountain—at Maison Premier before slipping down some oysters. Spuyten Duyvil pours Belgian brews, while the massive Radegast Hall & Biergarten has dozens of German, Austrian, and Belgian beers and made-on-the-spot brats.

For more, check out our inside look at Fort Greene and Prospect Heights!