India’s Most Spiritual Places from Author of India: A Sacred Geography

India has long been a land of pilgrimage. On any given day, Hindus across the country seek out Indian power places called tirthas, or “fords.” Originally, the term ford referred to a spot in the river that would allow for passage to the far shore, but it’s since developed into broader meaning: The spiritual ford allows for a chance to cross over into the realm of the transcendent.

I began my own person pilgrimage in India some years ago in the sacred city of Varanasi, where the sense of spiritual power is profound. My first book, Banaras, City of Light, was about that very place, while research for my new book, India: A Sacred Geography, has taken me to explore fords all over India. Here, a sampling of nine tirthas essential to any spiritual quest in the country. 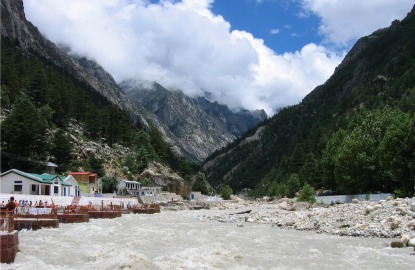 Travel deep into the Himalayas to seek out the source of the Ganges, and you’ll discover a half-dozen temples, along with a place to bathe. Gangotri, accessible by coach or private taxi, is a small encampment of cottages and temples where the newborn river Ganges swells in size and falls in a torrent over the rock cliffs.

Getting There: Gangotri is about 150 miles from Hardiwar; taxi service can be hired. 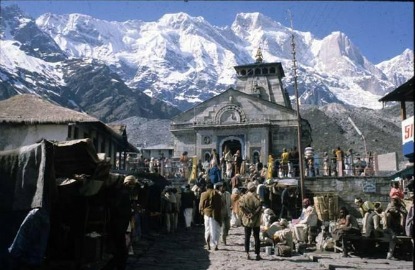 Kedarnath marks the point in the Himalayas where the Mandakini River rises (its one of the tributaries of the Ganges), and a temple to Shiva sits in a high glacial cirque. Though accessible only via a nine-mile walk from Gauri Kund, it’s worth every step.

Getting There: From Hardiwar, it’s a 150-mile car ride to Gauri Kund, and then it’s on foot from there. 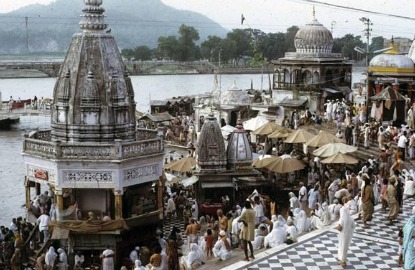 Here, the Ganges River flows out of the Himalayas into the plains of India. Situated north of Delhi, Hardiwar is a small pilgrimage city where the swift-flowing river is diverted for bathing; it’s also the site of great bathing fair, held every 12 years.

Getting There: Hardiwar is 135 miles north of Delhi, and is accessible by road or rail. 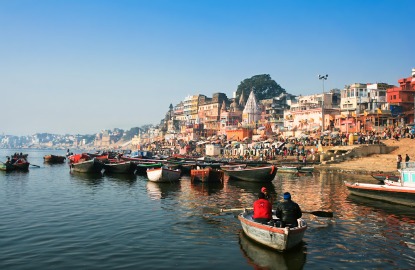 Set on the banks of the Ganges, Varanasi (also called Kashi, the “City of Light”) has long been revered as a place of spiritual power. Hindus bathe at dawn in the river, visit the temple of Shiva as Kashi Vishvanath, and sometimes bring the ashes of their beloved dead to commit to the river.

Getting There: Varanasi is easily accessible by air or rail from major cities in Northern India. 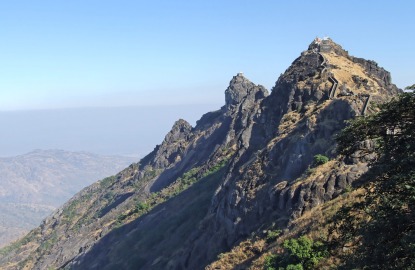 Both Hindu and Jain shrines adorn this ancient range of hills, which are accessible by 10,000 steps (necessitating a predawn departure). The shrines of the Goddess and of the Jain saints offer excellent vantage points. Plus, not far away, visitors will find the Gir Forest lion preserve.

Getting There: Girnar is located just over 200 miles west of Ahmedabad, in Gujarat. 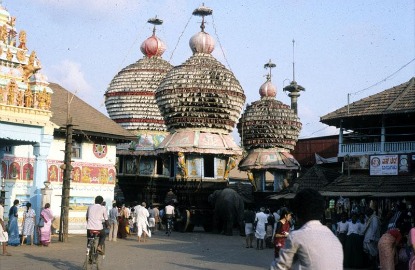 This quiet temple town in coastal Karnataka is especially famous for its temple of Krishna, whose image is pulled in a huge chariot around the temple square almost every night. Udupi is also renowned for its cuisine, coffee, and beaches.

Getting There: Udupi is about 40 miles north of Mangalore on India’s west coast. 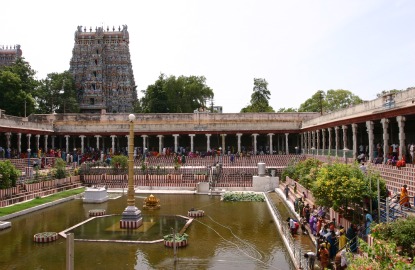 Visitors to Madurai will uncover the large temple complex to the Goddess Minakshi, one of the great South Indian temples a non-Hindu can enter. This is a magnificent complex, with entrance towers in each direction. It expands the very meaning of a “temple” by its sheer size.

Getting There: Madurai is located in southern Tamilnadu, and is accessible by air. 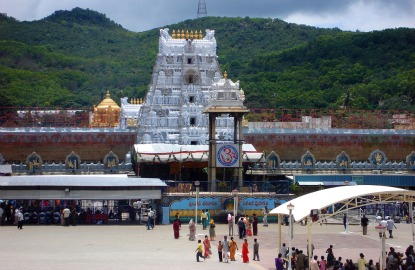 On top of this Sacred Hill is the temple of Lord Vishnu as Sri Venkateshwara Balaji, one of the most popular, and certainly the most prosperous, of India’s shrines of pilgrimage. Tens of thousands come each day, standing in line for glimpse of the deity, who is renowned for granting the heart’s prayers of petitioners.

Getting There: Tirupati is located in Southern Andhra Pradesh, and is accessible by air from Chennai and Hyderabad. 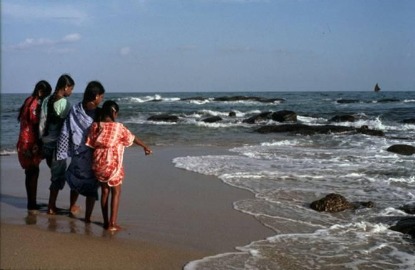 This is the Goddess who sits at the very southern tip of India and is the protector of the whole of the land. Pilgrims bathe along the beaches where the waters of three oceans mingle—the Arabian Sea, the Bay of Bengal, and the Indian Ocean.

Getting There: Kanya Kumari is accessible by train, bus, or by air from Trivandrum.

Thinking about a trip to India?

For up-to-the-minute hotel and restaurant recommendations, plus the best planning advice, check out our India Travel Guide.

Diana L. Eck is a professor of comparative religion and Indian studies at Harvard University and is Master of Lowell House and Director of the Pluralism Project. Her book Banaras, City of Light, remains a classic in the field, and Encountering God: A Spiritual Journey from Bozeman to Banaras won the prestigious Grawemeyer Book Award. In 1998, President Clinton awarded her the National Humanities Medal for her work with the Pluralism Project in the investigation of America’s changing religious landscape.