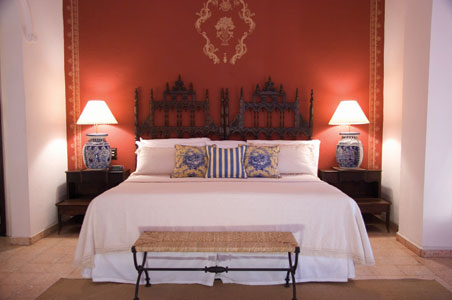 Ah, I love the smell of a (friendly?) buyout in the morning. Yesterday morning, Indian Hotels Company Limited announced an offer to Orient-Express Hotels to acquire the 93 percent or so of the company they don’t already own. The buyout came in at $12.63 per share, which, according to Indian Hotels, is a 40 percent premium on Wednesday’s closing share price for Orient-Express, and should bring the total value of the deal to $1.86 billion, according to IHCL. The company has also agreed to purchase Orient-Express’ debt, approximately half a billion dollars, as part of the deal, says Reuters.

Indian Hotels Company is part of Tata Sons, the Mumbai-based promoter and majority shareholder for the Tata group, which operates on nearly every continent (Ok, if you don’t count Antarctica, then every continent). The group’s first hotel, the Taj Mahal Palace Hotel, Bombay, opened in 1903, while it currently owns and/or manages about 100 hotels worldwide. Together with its subsidiaries, it’s known as Taj Hotels Resorts and Palaces.

The all-cash offer caused a 38 percent jump in Orient-Express stock price on Thursday morning, according to the New York Times, and it closed the day at $11.05, up 22.51 percent increase. The Times reports that Bank of America Merrill Lynch and the firm of Shearman & Sterling are advising Indian Hotels Company on the deal.