News Annette Richmond Meet the Activists Reshaping the Travel Industry for the Better
Home  >  News   >   Have Kids Can Travel….

Have Kids Can Travel…. 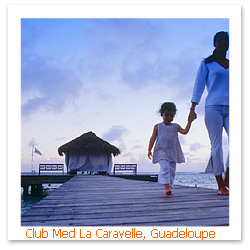 In recent years, hoteliers have been working overtime building new resorts and refurbishing old ones to lure the lucrative family market. Here’s the 411 on two leading chains that are rolling out the welcome mat.

Club Med is the master of re-invention. After a dry spell that saw guest numbers dwindle and properties close, a building spree is making the venerable chain buzz-worthy again. In fact, Club Med hasn’t garnered this much attention since the 1970s, when it was synonymous with bar beads and body paint. Today, it’s aiming to create a more up-market, all-inclusive experience — and that’s good news for families.

Admittedly, Club Med began capitalizing on the family travel trend years ago: it popularized the concept of kids clubs and has a record of introducing cool activities (like circus schools and hip-hop classes) to keep kids happy. Yet it seems to have recognized that a higher “wow” factor is now expected, and upping the number of pool noodles just won’t cut it. That’s why its Punta Cana site opened The Ramp (a multi-level lounge for hard-to-please teens) in 2004 and why La Caravelle (already a family favorite in Guadeloupe) got a $29 million facelift in 2006.

Nowhere, however, is the new kid-friendly emphasis more apparent that Club Med Cancún Yucatán. For almost 30 years the resort was a magnet for hormonally challenged adults. But when it debuted its “family format” last November, party animals were replaced by stuffed ones and beach babies of both the bikinied and diapered variety began checking in.

To accommodate them, the old campus-style rooms have been scrapped in favor of redesigned lodgings that offer larger rooms and upgraded services. (One new option is a luxury villa with a private bar and beach!) Similarly, the raucous all-night conga lines have given way to family-oriented cultural activities, including 17 different excursions to archaeological sites and eco-destinations led by members of the local Mayan community.

Overall, Club Med has invested some $160 million in resorts in the Caribbean and the Americas since 2002. Moreover, as a global brand established in 40 countries, it has also been busy refreshing resorts in other parts of the world. In the past few years, for instance, family villages in exotic sun destinations like Agadir (Morocco), Bali (Indonesia), and Phuket (Thailand) have all been overhauled. 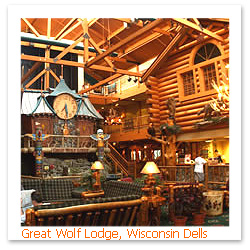 Of course, the prospect of flying off to a hot spot is cold comfort for travellers who don’t have time for a foreign holiday. Fortunately another chain, Great Wolf Lodges, comes to the rescue by offering “weather proof” resorts on native soil.

Great Wolf first made a name for itself a decade ago in Wisconsin Dells, when it built rooms around an over-the-top pool complex where the mercury held steady at a balmy 84 degrees every day of the year. But oh-so-cold Midwesterners clearly weren’t the only ones who like soaking up heat in the depths of winter. So the chain has since expanded, opening seven more resorts in five states and — most recently — one Canadian province. 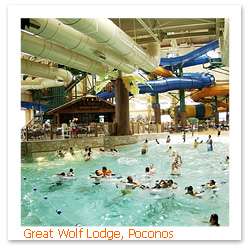 The backwoods theme carries into a 78,000-square foot water park called Bear Track Landing. There’ll you’ll find Great Wolf’s signature attraction, Fort Mackenzie (a 12-level faux treehouse); as well as six pools and 11 waterslides ranging from four-storey indoor-outdoor slides to suitably-tame kiddy versions. This location, like its sister resorts, has other perks too, such as a Cub Club for kids.

Perhaps the best bonus, though, with all the Great Wolf Lodges is their accessibility. After all, they’re designed as drive-to destinations. Existing resorts lie within 150 miles of NYC, Philadelphia, Chicago, Washington, and Toronto; and three more are currently in the works near Cincinnati, Dallas and Seattle — which means it’s easy to pile the kids into the car for a mini-break that won’t break the bank.