News Apeksha Bhateja A Volcano Eruption Taught Me Something Unexpected About Travel
Home  >  News   >   In New York, A Tribute to Grace Kelly, Princess of Monaco

In New York, A Tribute to Grace Kelly, Princess of Monaco 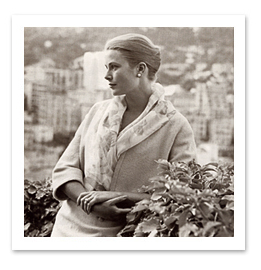 If you swoon at the very thought of Grace Kelly sipping a cocktail in High Society or modeling Dior in Rear Window, then you are probably a Grace-o-holic, someone who can watch the late actress over and over in the same movies and never get enough of her deliciously soignée but dignified persona.

There must be more than a few Grace-o-holics on staff at Sotheby’s, as the auction house is presenting Grace: Princess of Monaco, a Tribute to the Life and Legacy of Grace Kelly October 15-26.

The tribute, sponsored in part by the Consulate General of Monaco and the Monaco Government Tourist Office, is really an exhibition, and as such will focus on many of the iconic elements associated with the late actress’ life and career, including a selection of gowns, outfits, jewelry, and accessories portraying her signature style. Highlights include the blue satin dress and cloak she wore to the 1955 Academy Awards; the taffeta dress with floral motif she wore on her first meeting with Prince Rainier of Monaco; a tiara later worn by Princess Caroline; and a re-make of one of the late actress’ favorite handbags — the Hermés-designed “Kelly” bag.

Grace: Princess of Monaco also encompasses photographs, letters, memorabilia, and a selection of Hollywood movie excerpts and archived news clips, including footage of her Oscar acceptance speech from the 1955 Academy Awards. For additional information, see Sotheby’s.