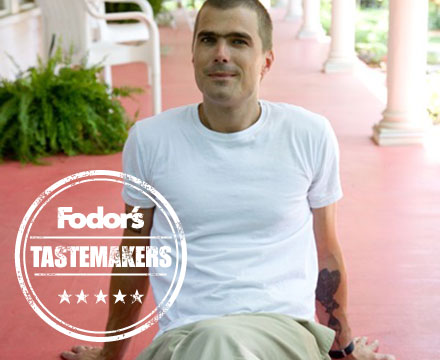 Born in Ottawa, Canada, Hugh Acheson is more often associated with the South, Georgia in particular. He appears often on Top Chef and has traveled across the country and well beyond in search of great food.

One of the reasons we chose Hugh to be our first Travel Tastemaker is because he reminded us (or maybe even told us for the first time) that food in the South is much more than biscuits, gravy, and comfort foods. He is chef/owner of two restaurants in Athens (The National and Five & Ten) and Empire State South in Atlanta. He notes in the Q&A below that there is a burgeoning food scene in Georgia, and indeed, we think he’s got a lot to do with that—we’d spend a weekend eating at his favorite restaurants in the state.

Big ups to our first Fodor’s Travel Tastemaker (and if we’re honest, a bit of a crush)!

What drew you to the food scene in Georgia?

I think that the role of a chef is to embrace the region that you’re in. 16 years ago, I found myself in the South, in Georgia, and it’s a very lucky place to be because it’s got such important culinary heritage to it. There’s more written about Southern food based in Georgia and the surrounding states than really any other cuisine in North America. So there’s a vast amount of information here to keep me from ever getting bored.

What are your favorite restaurants in Georgia (besides your own)?

There’s a burgeoning food scene of wonderful Asian foods in Georgia, particularly around Buford Highway and that stretches up to the Northeast from Atlanta. I went to Umaido [recently], which is a ramen place run by a Korean family, in Sewanee, Georgia, and I think it’s perhaps one of the best ramen places I’ve ever been to (and those are places I frequent.) It’s just…it’s awesome. I’m very excited about that type of food in our environment. It showcases the true welcoming nature of the South.

I also think there’s stellar food in Birmingham, Alabama with Frank Stitt, and Charleston, South Carolina with Mike Lata and Sean Brock, and Robert Stehling. Miami is really flourishing right now with Michael Schwartz and also Yard Bird restaurant, which is a great, fun, Southern restaurant. And Atlanta is in an age of authenticity, weather it be Asian food, refined, Southern food, or great Italian. There are a lot of options in Atlanta that are much more authentic, true, and honest than there ever have been…Not so much of the pomp and circumstance restaurants that were very popular 15 years ago, that had no reference to place. 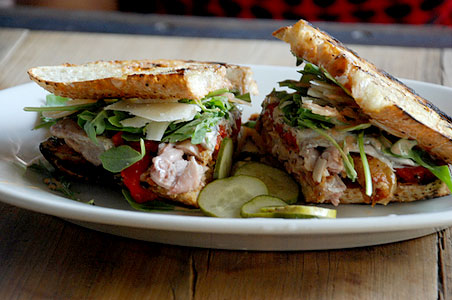 You travel extensively in the US— where have you found the best food?

I love the Bay area in San Francisco, where I once lived for a while and worked…I think it’s an amazing place. And I’m really excited about Los Angeles right now; it’s got a lot of lower-end offerings that are really good and well thought through. And it’s got a great coffee scene. Restaurants that come to mind are Gjelina (pictured), Son of a Gun, and Wurstkuche. New York is going to always be strong. But there’s great food, really, across the country.

On a road trip, what foodstuff would you always pull over for?

We’re suckers for boiled peanuts! The kids love them and they’re good snack foods. Really good BBQ, but finding really great BBQ in the South (though it is the land of BBQ), is never easy. And roadside stands of any nature—selling anything from peaches to corn to apples, are definitely worthy of a stop.

You were born in Canada—what do you miss (and love) most about Ottawa?

Ottawa is such a beautiful city. It’s on the quiet side; it’s not very raucous, but it’s a clean and wonderful and beautifully designed city. I mostly lived right downtown (in Centertown) and it was a great place to be. I think there’s a promising cuisine in Canada that’s interesting and has taken a foothold of using local ingredients. Long before local was cool, we were getting cheeses from the Gatineau Mountains, and foraged mushrooms, and ate local venison, and so there’s always been a really big relationship with the land. There is a preciousness to the growing season there; because it’s very short, it’s very, very revered. Lebanese and Middle-Eastern foods are really celebrated up there and that’s a lot of the food that I love as well.

What’s the best place you’ve traveled as a judge on Top Chef?

I had an amazing time in the Top Chef Texas season. Austin was such a great town! People eat out there all the time and there are so many offerings in that $10 to $20 dollar range; you can just go grab a great meal at a food truck or a little restaurant. Or in the high end, there are places like Uchi & Uchiko, and Foreign & Domestic, and Barley Swine. There are young chefs who care and they care about all the right things—food, great service, and authenticity. 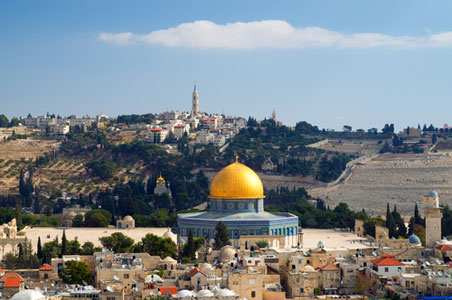 What trips do you have coming up that you’re most excited about?

Outside of Los Angeles and New York, which I frequent a lot, I am going to Arkansas for a couple of days, which I’m excited about. It should be an interesting, fun trip!

I’m also excited about late October, going to Israel with a number of chefs to really check out the food scene there. That’s food that I love, in a growing area, that’s just amazing. They’re very resourceful as restaurateurs, and chefs, and farmers there and have learned to take what they have, with limited water and limited space and use it to a great advantage in a modern way that’s interesting. And the food’s supposed to rock!

Usually what I do, wherever I am, is take a five-block radius and wander around. I’m a big walker and love the idea of making sure I understand the vicinity. I try and find a great coffee shop nearby for the next morning and then get the lay of the land and just wander. I’ve found that my feet are the best way to explore a place—just me and my eyes, taking note of the places that I want to get back to while I’m there.

I do drink a lot of coffee and I like really good coffee, so I’ve started traveling with some that I grind at home along with an AeroPress, which is a really simple press system for coffee. And they’re really, really inexpensive and produce a great cup. So with that, I can always start my morning right even in the most remote places and enjoy it!