News Apeksha Bhateja Europe's Airports Are Chaos This Summer. And Now There's Another Problem
Home  >  News   >   How to Travel Like a Royal

Dream of being queen for a day or the king of all you survey? Well, you could don a plastic crown and start randomly issuing orders to people (might look crazy to onlookers); or you could temporarily step away from the everyday and take a trip inspired by real royals (much better). Here are three easy ways to do the latter.

Prince William and the Duchess of Cambridge 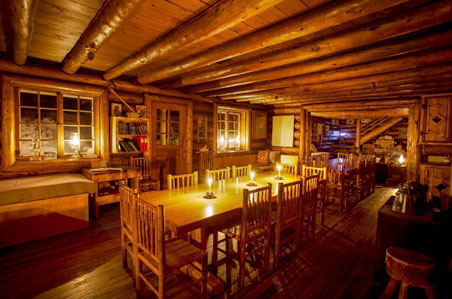 Whether they’re trying to escape the paparazzi on private vacays or handling press attention on official trips, the royal "It" couple really gets around. Trying to emulate them can, of course, be an expensive proposition—especially if you have your heart set on a balmy, palmy isle. For instance, renting a holiday home on über-exclusive Mustique (reportedly Kate’s preferred Caribbean locale) costs upwards of $30,000 a week; and the villa they honeymooned in on The Seychelles’ North Island will set you back at least $7,995 nightly. By comparison, Desroches Island (a resort in the same Indian Ocean archipelago, where the pair kissed and made up following their brief 2007 split) seems like a bargain: the lowest-priced lodgings there go for $1,563 per night.

If you’re looking for some chill, though, you can head north to Canada’s Skoki Lodge, which hosted the prince and his bride during their 2011 North American tour—saving a bundle on trans-oceanic airfare in the process. Nirvana for skiers in winter and hikers in summer, this mountainous off-the-grid spot in Banff National Park is accessed via a 7-mile trail, so it feels as secluded as a private island. Since candles and kerosene lamps lend illumination and ambiance, Skoki’s vintage log lodge and adjacent cabins have a romantic rusticity, too. Next month, double digs start at $349. If you’re still waiting for your prince—or princess—to come, singles are $151. 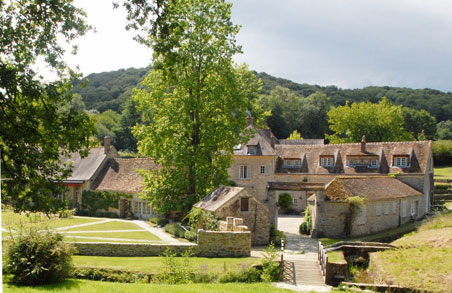 Will and Kate may be the most talked about royal couple of this century, but in the last one the distinction went to the former’s great-grand uncle, Edward VIII, and Wallis Simpson. In what was either a legendary act of love or the stupidest career move ever, the King gave up his throne to marry the doubly-divorced American in 1936; and, having been exiled from England, they eventually bought themselves a country home 22 miles southwest of Paris. Unlike nearby Versailles, this regal residence isn’t opulent—in fact, it’s a converted 18th-century mill. Le Moulin de la Tuilerie, however, is absurdly pretty. Better yet, these days it operates as a vacation rental.

Recently restored by Britain’s Landmark Trust, Le Moulin says "classic country" inside and out: traditional shutters accent the stone exterior, and the décor favors charming over chintzy, with photos of the scandal-prone duo on prominent display. It also happens to sleep up to 12, which is good news if you want to invite friends along, as the Windsors often did—overnight guests included Maria Callas, Cecil Beaton, and Marlene Dietrich. The kicker is that rates start at $1,404 for a four-night midweek break, which translates into just $29.25 per person per night. Refurbished outbuildings geared to parties of two or four are also available, with four-night stays priced from $410 and $750 respectively. 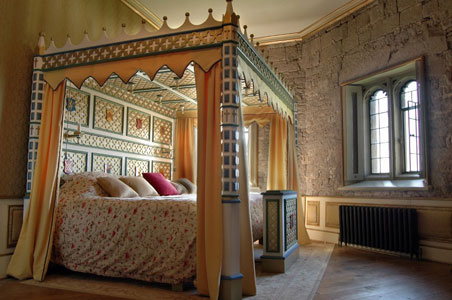 Hankering for that full-on fairytale castle experience? Rewind time by following the lead of Henry VIII (a monarch who slept around literally as well as figuratively) and his second wife, the lovely, lusty Anne Boleyn. No, they didn’t live happily ever after… frankly, she didn’t live long at all. Nevertheless, you can rest your head without fear of losing it at Thornbury Castle: a drop-dead gorgeous Tudor-era edifice in Gloucestershire, not far from the Welsh border. The twosome dallied here in 1535. Today average Joe history buffs (or anyone who wants to channel Jonathan Rhys Meyers) can do the same when they book one of the castle’s 27 bedchambers.

They’re loaded with original features and period accents: picture plush fabrics, antique furnishings, ornate mouldings, perhaps a fireplace, or even an arrow slit. "Classic" category doubles are $301 with breakfast included; while the actual tower room Henry and Anne occupied (the Duke’s bedchamber) is $452. If that’s a bit rich for your blood, equally atmospheric—though not quite so authentic—accommodations can be had at Hever Castle: a moat-ringed beauty half an hour outside London, which was the childhood home of Anne Boleyn and, later, the property of wife number four, Anne of Cleves. Twenty-one tasteful guest rooms are located in a convincing-looking Tudor-style annex erected in 1903, and Booking.com lists deluxe doubles in April for $225.

Having a split personality when it comes to travel, frequent Fodor’s contributor Susan MacCallum-Whitcomb loves to both splurge and save. When not on the road, she lives in Halifax, Nova Scotia with her husband and two children—and is occasionally treated like a queen.