News Apeksha Bhateja It's a Tie: The 2 Most Annoying Airline Passenger Behaviors of 2022
NewsHow to Spend Thanksgiving at Sea

How to Spend Thanksgiving at Sea

Where will you spend Thanksgiving this year? If you’re like most of us, you’re likely either traveling to a relative’s house or you’re hosting everyone for a turkey dinner at your place. Some wise individuals, however, circumvent all the drama that comes with planning a holiday get-together—not to mention all of that cooking—by booking a cruise for Thanksgiving week instead. Whether you go it alone or take along friends and family, this coming Turkey Day will be especially festive at sea.

Almost every single cruise ship—no matter where it will be located on Thanksgiving Day—will celebrate the season and present a turkey dinner with all the trimmings, plus festive entertainment.

If you want to start a new tradition and go on a cruise this Thanksgiving, here’s a little Thanksgiving-at-sea tutorial to help you chart your course. 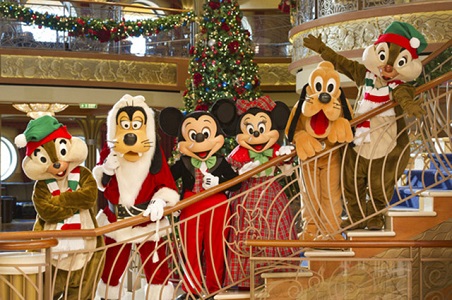 My kids get bored pretty easily. Will a Thanksgiving cruise appeal to them?

It will if you pick the right voyage. Disney Cruise Line ships will feature characters dresses in Thanksgiving attire. Arts-and-crafts events, parties, and dancing are also on the roster, as are NFL football games, broadcast on Funnel Vision: the ships’ outdoor, jumbo LED screen. Disney ships will also be in their Very Merrytime Cruise mode, featuring a Deck the Deck Holiday Party with Disney characters leading games such as limbo under oversize candy canes, and a conga line around the pool. Princess Cruises also has new activities for families this Thanksgiving, including a Turkey craft creation contest, Turkey calling competition, and flag football.

I’m used to cooking a gourmet meal on Thanksgiving. Will something comparable be available onboard our ship? 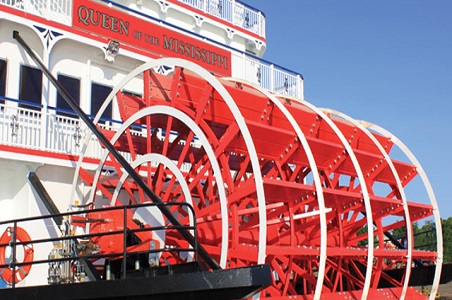 We usually volunteer at the food bank on Thanksgiving. Is there a way we can help the needy even if we’re on a holiday cruise?

Yes. American Cruise Lines understands that an essential part of the Thanksgiving holiday is giving back to the community. If you sail on any of its three Thanksgiving sailings—the "Mississippi River" (Memphis to New Orleans), "Historic South and Golden Isles," or "Great Rivers of America"—the cruise line will donate $50 per passenger to feed the needy through the Connecticut Food Bank.

Will I be able to watch Thanksgiving football on the ship?

Yes! Many cruise ships arrange to televise certain NFL and college football games throughout football season. Lines like Oceania Cruises have got you covered, even if their ships will be far from home. Some Thanksgiving cruise options that promise football coverage include their 14-night "Enchanted Passage" sailing aboard the Riviera, cruising from Barcelona to Miami on November 18; or the 18-night "Brazilian Destiny" itinerary, departing November 20 from Barcelona for Rio de Janeiro. 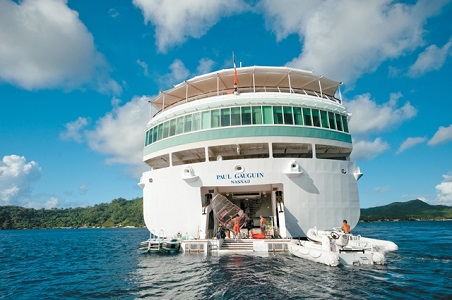 We actually go away for the holidays often, but this year we want to head somewhere exotic. Any ideas?