In an otherwise conservative state, anything goes in Park City, Utah. Discovery of precious metals in the 19th century, namely silver, brought miners and non-Mormons over to the region and incited an air of rebellion that the Utah town, though quaint, still hasn’t been able to completely shake.

The charming Metropolitan-esque bubble surrounded by the Wasatch mountain range is a snowy paradise in winter; in summer dining extends to outdoor patios while locals and tourists gather on a spirited Main Street. Million-dollar-a-room houses sit somewhere above the main drag and below the mountains, making you feel both large and small at the same time. At an altitude of 7,000 feet, Christmas lights blink on porches year-round. 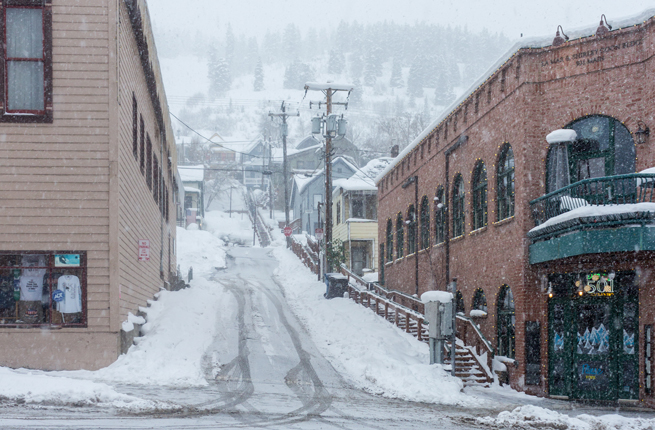 But outside the resorts and tourist enclaves, there’s a pervasive salt-of-the-earth attitude; you don’t need to venture far to find a dive, and you’re likely to encounter a predominantly blue-collar crowd. Park City’s darker past still casts a shadow, too—an economic bust in the ‘50s rendered this town a ghost town, when the cost of silver plummeted following the war; today even the most endearing buildings still echo a haunted history.

Beyond just a playground for Sundance Festival attendees in January, this town offers weird and wonderful entertainment year-round. Here’s what to put on your bucket list when you visit Sin City. 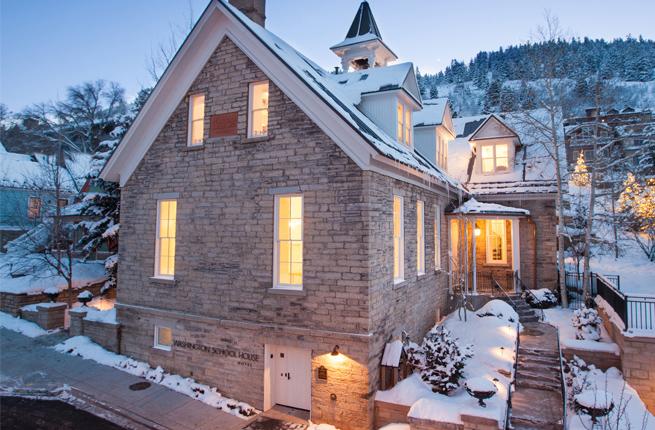 Hands-down the best hotel in Park City is The Washington School House, located a block above Main Street—though rooms don’t come cheap. Originally built in the late 1880s out of locally quarried limestone, the once-haunted schoolhouse reopened as a B&B in the ‘80s, but it’s since been gutted and revamped to embody ski lodge-chic. Wake up with hearty mountain breakfasts in the dining room, or request a french press for your room. Return after a long morning of skiing to après in the lobby, and snack on fruit, cheese, and sweets by the in-house pastry chef. Cozy up with a glass of red by the fireplace while kids hang out in the lounge and break out the Playstation. Or, take a dip in the hot tub or heated pool (open all year) on the roof. No two of the 12 rooms here are alike; choose from a 16-foot-high ceilinged suite, a room with its own loft, or splurge for the penthouse suite. European furnishings, bright white wooden banisters, and glass chandeliers help make it the optimal place to get snowed in. The staff is superbly warm and accommodating, no matter your request. 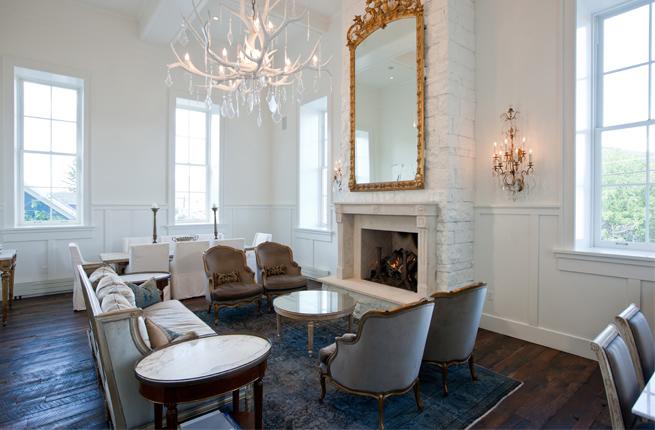 Where to Have (Low-Key) Outdoor Adventures

Park City Mountain Resort is the biggest ski resort in the country, and they have routes and slopes for all skill levels. If hiking is more your thing, you can find plenty in any season, but we’re partial to snowshoeing in winter through the white-dusted hills while breathing in that crisp mountain air. One of our top experiences though? Warming up in an all-natural geothermal spring in a limestone crater. Homestead Crater, a 55-foot high natural wonder, formed when snow from the Wasatch mountains melted and sunk deep into the earth. Swim or snorkel in the 96-degree water, or take a yoga lesson with Park City Yoga Adventures while finding your balance on a stand-up paddleboard (don’t worry about falling—in fact, your instructor encourages it), and bask in the natural light that pours in through the top of the dome. Snow or sunshine, you’ll stay toasty in and around the water. 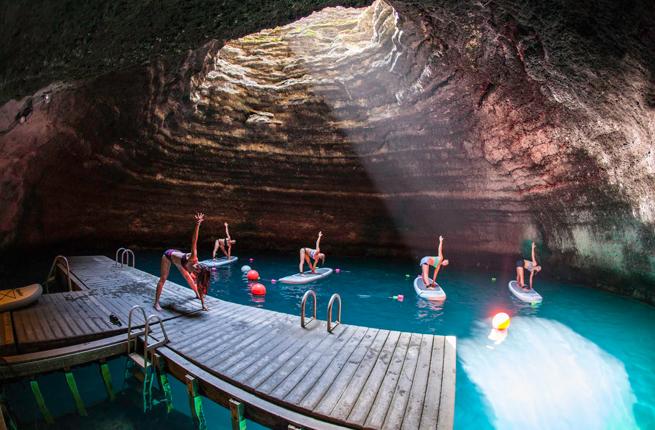 Dolly’s Bookstore is a classic small-town bookshop, nestled in the back of Rocky Mountain Chocolate Factory. Snack on some delicious dipped pretzels or candied apples (you can see them soaking in a cauldron by the window) while perusing the best new titles in print. Indie boutique Prospect on Main Street sells cute streetwear, and when you need your daily dose of caffeine, head upstairs to Pink Elephant Coffee for a delicious single-origin brew. 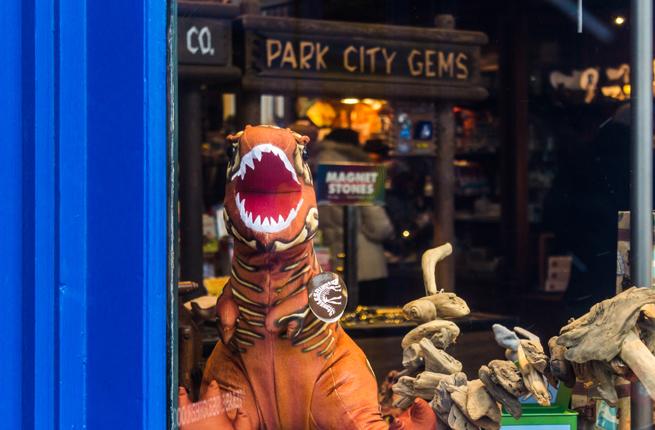 Park City’s culinary scene leaves nothing to be desired, and places can pop up where you least expect them to. Take for example HANDLE, new to the scene and housed inside a shopping mall. Ingredients are locally-sourced, the staff is incredibly knowledgeable, and there’s a wide range of craft cocktails, beer, and wine to pair with any meal. You’ve never tried fried chicken like theirs, and the caramel pudding is beyond compare. As with any farm-to-table restaurant, the menu is likely to change, so check back often. The best burger in town though is at High West Distillery, and while you’re there you might as well try a whiskey flight. 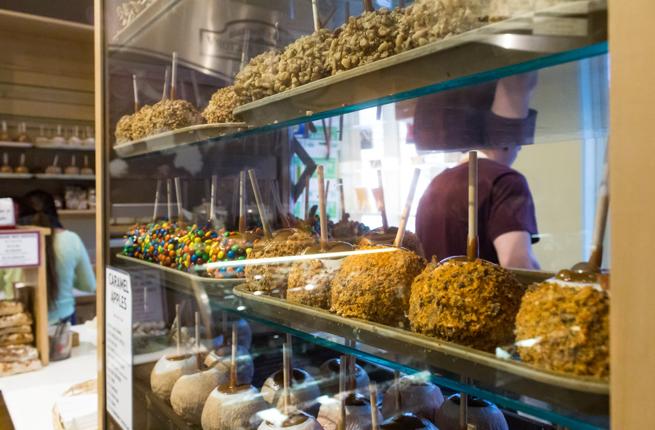 Pro-tip: most beer on tap in Park City weighs in at a mere 3.2% due to strict booze regulations. To compensate, local dives like O’Shucks sell Pabst Blue Ribbon by the “schooner,” a giant glass chalice. The next step up is local favorite No Name Saloon, which has a scene-y upstairs bar and oft-packed patio. Fletcher’s or tupelo are your best bets for a quieter nightcap.

PLAN YOUR TRIP with Fodor’s guide to Park City and the Southern Wasatch.