How to Donate Miles and Points to Charity 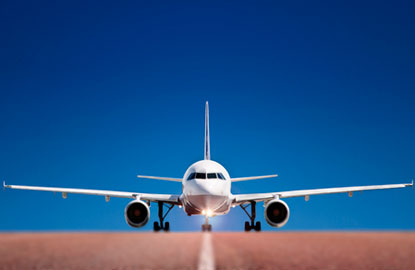 You want to abolish world hunger but you’re feeling a little strapped? The solution may be sitting in your stagnating travel rewards. If you have points or miles in any major airline or hotel loyalty program, you can probably donate a few to a worthy cause, and keep your account active in the process.

Most programs require a minimum of 1,000 points donation, about the price of a year’s magazine subscription. Do a search for "charities" on your hotel or airline loyalty program’s web site and they’ll take it from there. Here are a few options:

Donating to Kids in Need

Make-A-Wish Foundation is one charity all major US-based airlines get behind–but they still come up short on miles. Make-A-Wish grants the wishes of seriously ill children and more than 70 percent of the wishes involve air travel. Granting the wish of every kid who asks would take an estimated 2.5 billion miles. Last year, the foundation raised 121 million. So, your miles won’t go to waste here!

Make-A-Wish Illinois and NBC Chicago are hosting a "mileathon" right now to raise money and miles for their regional chapter of Make-A-Wish. For every 25,000 miles donated from American AAdvantage, Delta SkyMiles, United MileagePlus, and US Airways Dividend Miles members, Make-A-Wish Illinois will receive a $1,000 cash donation from a matching donor up to $50,000. Members can donate their miles by calling (877) 928-4251 or visiting Wishes.org.

American Airlines AAdvantage members donated more than 80 million miles last year to their own Kids in Need program, providing transportation to more than 300 children (and their families) in need of medical, educational, social services attention. JetBlue miles can help Do Something, a program that gets teens involved in social change.

Hotels often have at least one kids’ charity in their line-ups too. You can donate your Marriott Rewards to the Children’s Miracle Network (18,000 points equals a $50 donation) and your Best Western Rewards to Backpacks for Underprivileged Children (minimum donation: 2,500 points). Hilton HHonors’ charities include Books for Kids and IHG Priority Club supports Give Kids the World, a program that gives sick children free vacations in whimsical villas (minimum donation: 10,000 points).

If you prefer to donate cash and multiply your miles instead, here’s an opportunity. American AAdvantage members who donate money to the USO (United Service Organizations) can earn 15 bonus miles per dollar spent for donations made through July 4, 2012. The USO is a nonprofit organization that has famously lifted the spirits of U.S. troops during several wars by providing entertainment. A $25 minimum donation is required to earn the bonus, valid on contributions made online at USO.org/AAdvantage.

Run by the Fisher House Foundation since 2008, Hero Miles uses donated miles to fly family and friends to visit wounded members of the military. Eight airlines now partner with them. Miles donations have allowed the group to book more than 25,000 flights so far.

After hearing about a hurricane or earthquake, do you feel the urge to get on a plane and help? While that isn’t always possible, it’s pretty easy to put someone else on a plane, using your miles. Visit your airline’s frequent flyer web page after a major disaster and you’ll probably find a relief fund set up to take miles donations.

After the earthquake and tsunami slammed Japan last year, many airlines with global routes organized relief funds, distributing donated miles as needed to organizations such as the American Red Cross who had relief workers on the scene.

Almost any airline or hotel chain with a donation option backs major relief organizations such as UNICEF and the Red Cross. Hotel chains that allow customers to donate points often focus on those two. Hilton HHonors Giving Back program supports 28 different charities, but your donations don’t go quite as far as they will with Starwood. For each 2,000-point donation, Starwood sends a check to American Red Cross or UNICEF for $25. You have to donate 10,000 points to Hilton to get $25 donated.

All those plane rides we take dump a lot fuel exhaust into the atmosphere. One way to make amends is to put some of the miles we earn into environment-friendly charities. Like most major airlines, Delta’s SkyWish program supports The Nature Conservancy. Given their reputation as one of the greenest airlines in the nation, with a fuel-efficient fleet and onboard recycling, Alaska Airlines Charity Miles program shows a particular bias for green charities, including The Nature Conservancy and the National Forest Foundation.

Fodors.com contributor Cathleen McCarthy is the rewards expert for CreditCards.com and covers entertainment and travel deals on her own network, Save on Cities. Her travel stories have appeared in The Washington Post, WSJ, Amtrak ARRIVE, Town & Country, and inflight magazines.