Coronavirus Leila Najafi Want to Stay in Costa Rica for Over a Year? A New Law Might Help You
Home  >  News   >   How to Celebrate Arthur’s Day in Dublin

How to Celebrate Arthur’s Day in Dublin 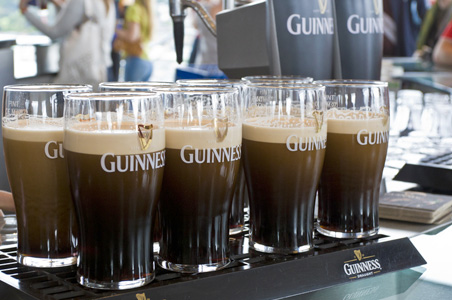 Every March, travelers plan trips to celebrate St. Patrick’s Day on the streets of Dublin. While many come home with green-and-Guinness filled memories, others are left asking one question: where were all the locals?

The truth is, St. Patrick’s Day in Dublin city center has become increasingly overrun with out-of-towners and all the sparkly attractions that lure them into pubs. The atmosphere is certainly infectious, but if you’re looking for a more local version of an Irish holiday consider traveling to Dublin for Arthur’s Day instead.

You may have never heard of Arthur’s Day. And that’s okay. In fact, it’s only been around a few years and is a made-up holiday. It is named after Arthur Guinness, the inventor of Dublin’s beloved stout, and was created to celebrate the 250-year anniversary of the brew (founded in 1759, with its 250-year anniversary in 2009).

A new tradition was born, and now the annual celebration of Guinness-fueled revelry that is Arthur’s Day happens every September. This year, on September 26, 2013, locals will fill pubs throughout Dublin and raise a pint of Guinness at 17:59 (or 5:59 pm) "To Arthur!".

In addition to providing another excuse for locals to swarm the pub, Arthur’s Day has earned a reputation for a stellar line-up of cultural events and concerts. This year, there are 500 free pub events scheduled across Ireland, including concerts from internationally popular bands such as the Script.

The catch? There’s no precise schedule to follow. You won’t be able to source tickets for your favorite band, but will be subject to a surprise performance. As you take your first sip of Guinness, it could be Mumford and Sons taking the stage for an intimate show (as in past years) or a band that might be new to you but loved by locals.

Search the Arthur’s Day event locator to read about specific events and venues in Dublin and beyond (after all, you can celebrate Arthur’s Day in Belfast, Cork, Limerick, and beyond too). Some of the most popular pubs will require tickets to get in the door (starting at 10 euros) and are available on Ticketmaster.

Before departing for Dublin, decide in advance what type of Arthur’s Day experience you desire. Some pubs have big stages for concerts, while others are neighborhood watering holes where the musicians will be a few feet away from your barstool. The event locator map features a pint of Guinness over every participating pub, allowing visitors to venture from the city center into local neighborhoods for a pint or two of the black stuff.

This holiday has much of the same electricity of St. Patrick’s Day, without the huge crowds and price hikes. For a glimpse of the atmosphere in the streets of Dublin on Arthur’s Day, check out these photos from the last few years of festivities.